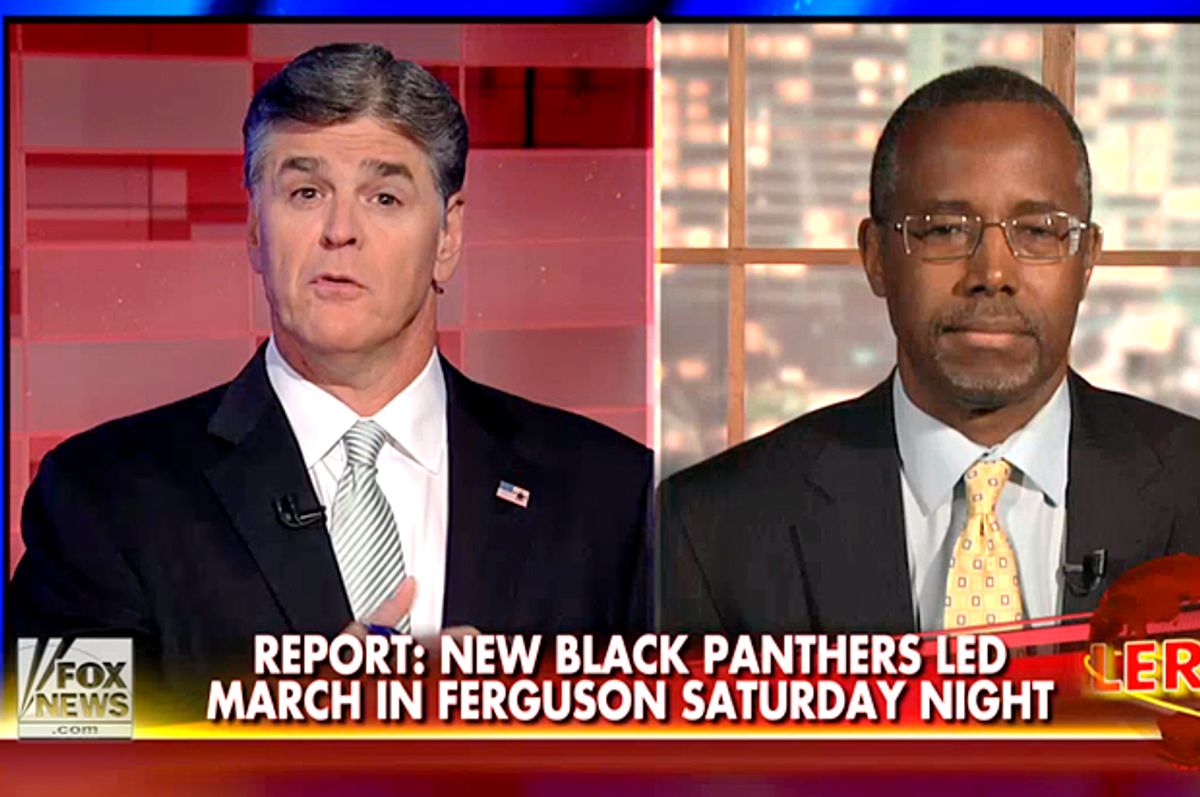 It may be apocryphal, but the story goes that in 1967, Gov. Ronald Reagan agreed to sign a California gun control law that made it against the law to walk around in public with a loaded gun after he saw a Black Panther rally. If it's true, it was probably this rally:

That's quite an impassioned defense of the right to bear arms, isn't it? Black Panther Bobby Seale was interviewed about it later and verified that Reagan was there that day:

Huey called me up and says, we have to go to Sacramento. It was conceived as a media event that the press is always at the California State Capital, so that we got up there and read a statement in opposition to what the California Legislature was doing with respect to us trying to exercise our rights to, you know, to deal with police brutality in our Black community...

When we arrived, this is what the real, we arrived there, all these Black men and women, 24 males and 6 females with guns and Ronald Reagan, then the Governor, was on the lawn with 200 future leaders of America, you know 12, and 13, and 14 year-old kids. And these kids are leaving his session on the lawn and coming to see us. And these young White kids thought we were a gun club.You know, "Hey, neat 30.06 you got there." Well, the media followed these kids because they were there. And asked, "Aren't you the Black Panthers." "Yes." And I began to read a statement and of course the press later let us inside ...

It's certainly possible that Reagan was motivated by that rally. But there was a lot of unrest in America in those days and gun control was not a right-left issue then -- even the NRA was for it. (For a good primer on how that changed, read this.) But it doesn't take too much imagination to suspect this was of particular concern to the conservative, law-and-order governor.

Today, in many states, open carry advocates demonstrate all the time in their state capitols. Here's one in Michigan in 2013:

"I open carry to say 'Hey, look, we're out here. We have guns. We are good guys. We're not a threat to you.' There is no reason to panic when you see one," gun owner Jake Enen tells Fox 2's Tim Skubick.

But one lawmaker says when the weapons started showing up in office his staff became nervous.

"Well, you have somebody walk in with a shotgun and full-battle fatigues and an ammo belt, you'd be nervous, too," State Representative Harold Haugh argues.

A tourist group from Livonia, not expecting to see so many guns, shared their opinions with Skubick saying they were also nervous about having so many weapons inside the building.

Why would anyone be afraid of bunch of strangers walking around in full-battle dress in the middle of a building where heated political arguments take place? It's obvious they are good guys and are not a threat to anyone! But then they don't look like Black Panthers, do they?

After all, the right has been clutching its pearls about a resurgence of Black Panthers for some time, with Fox News leading the way with hours of scare stories over the past few years. Just last week, they were hyping a Facebook entry by someone who claimed the Black Panthers were moving into Ferguson:

That didn't happen, obviously. But 30 members of the open-carry group the Huey P. Newton gun club did march in the streets of Dallas earlier this week, armed with AR-15s, shotguns and rifles, chanting about Black Power. One of the marchers by the name of Drew X, with the New Black Panther Party, was quoted as saying, “If they don't get these people under control with this police brutality and this abuse, this gonna be an international crisis.”

And this has the right wing very confused. A quick look around the Internet finds some perfunctory commentary supporting the group's right to bear arms, but eventually people are pointing out the fact that one cannot be a "felon" and own guns. Finally they get down and dirty with assertions that the demonstrators must be bloods and crips and start whining that African-Americans are racist for mentioning that people of color are particularly at risk from police abuse. And then there are the hilarious jokes like this one: "If black people could get some marksmanship training it would really cut down on the number of innocents killed by stray bullets in certain neighborhoods."

There's a reason for this confusion and it goes to one of the fundamental reasons why these gun proliferation proponents are so passionate in their desire to be armed at all times. Let's just say it isn't fear of the federal government. In this Daily Beast piece Cliff Schecter points out that the NRA has been strangely silent on events in Ferguson the last couple of weeks. He speculated that it's because the NRA has not traditionally been, shall we say, energized by urban protests. If you look at the speech NRA president Wayne LaPierre delivered to his convention a couple of months back, active resistance to the cops isn't particularly high on their agenda. They see themselves as vigilante replacements for the police they apparently believe are too inept to keep them safe from certain elements:

We don't trust government, because government itself has proven unworthy of our trust. We trust ourselves and we trust what we know in our hearts to be right. We trust our freedom. In this uncertain world, surrounded by lies and corruption everywhere you look, there is no greater freedom than the right to survive and protect our families with all the rifles, shotguns, and handguns we want. We know in the world that surrounds us there are terrorists and there are home invaders, drug cartels, carjackers, knockout gamers, and rapers, and haters, and campus killers, airport killers, shopping mall killers and killers who scheme to destroy our country with massive storms of violence against our power grids or vicious waves of chemicals or disease that could collapse our society that sustains us all.

The descriptive language doesn't leave much doubt about whom they're so afraid of, does it? Let's just say that very few of those killers are likely to be big Toby Keith fans. Indeed, the picture that paints is of armed civilians in communities all over the country shooting and killing a whole bunch of people they think the police are failing to protect us from. It's possible they truly believe that this will result in fewer Michael Browns being shot down by police, although it's hard to see how that would be true. But one thing we can be absolutely sure of is that there will be a lot more Trayvon Martins.