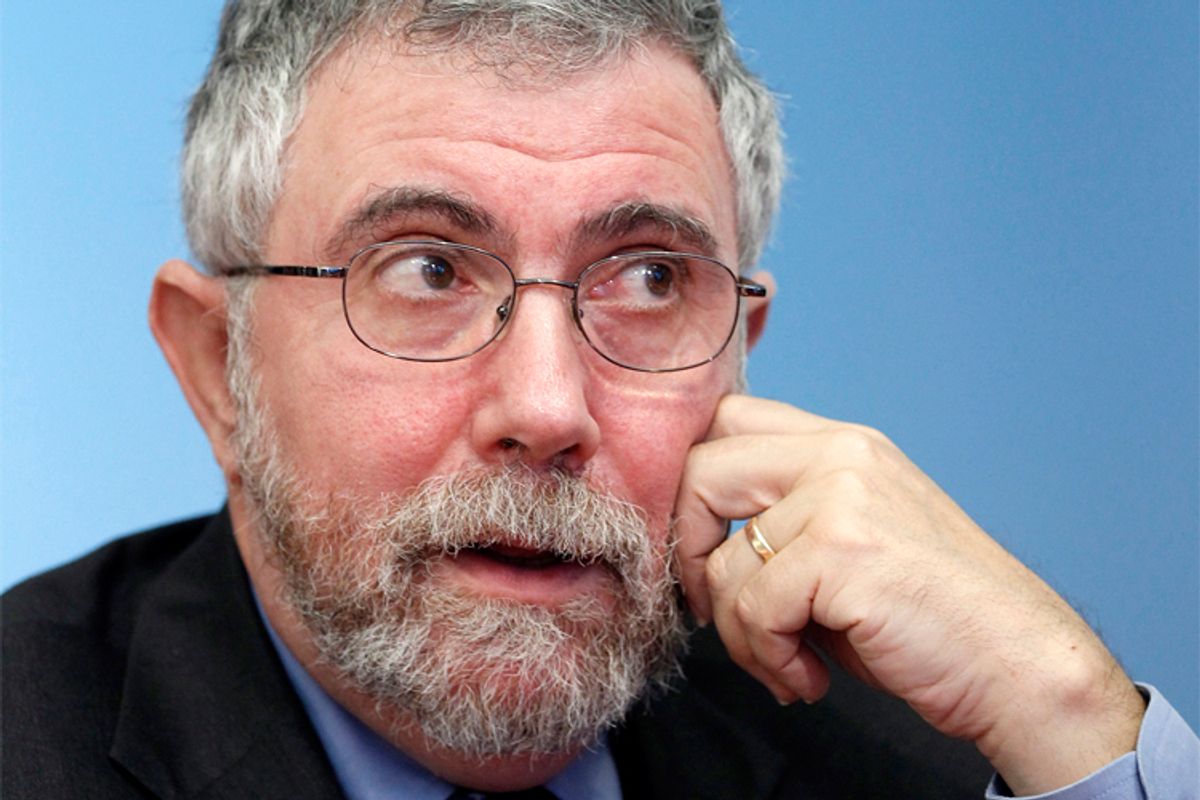 In his Monday column for the New York Times, Paul Krugman questions the conservative wisdom on why states like Texas have been experiencing population and job growth over the last decade. "The answer from the right is, of course, that it’s all about avoiding regulations that interfere with business and keeping taxes on rich people low, thereby encouraging job creators to do their thing," Krugman writes, pointing out that this is how Rick Perry will likely frame his national campaign if he runs for president come 2016. " But it turns out that there are big problems with this story, quite aside from the habit economists pushing this line have of getting their facts wrong."

So what's driving the growth in Texas and other Sun Belt states? A housing crisis in the Northeast and California, according to Krugman. As housing costs continue to rise, people are moving out of cities like New York and Los Angeles and heading for cities like Houston and Atlanta. The latter two Sun Belt cities saw population growth of around 30 percent over the last decade, while New York's population only rose by 5 percent.

But while Houston and Atlanta have seen an uptick in population and a resultant boost to jobs, wages in these cities haven't gone up:

So where's the culture of prosperity Perry is boasting about? Conservatives like Perry will use the migration trends as a way to tout the merits of minimal regulation on businesses and low taxes for the wealthy, but the more pressing issue, Krugman says, is affordable housing:

So conservative complaints about excess regulation and intrusive government aren’t entirely wrong, but the secret of Sunbelt growth isn’t being nice to corporations and the 1 percent; it’s not getting in the way of middle- and working-class housing supply.

And this, in turn, means that the growth of the Sunbelt isn’t the kind of success story conservatives would have us believe. Yes, Americans are moving to places like Texas, but, in a fundamental sense, they’re moving the wrong way, leaving local economies where their productivity is high for destinations where it’s lower. And the way to make the country richer is to encourage them to move back, by making housing in dense, high-wage metropolitan areas more affordable.