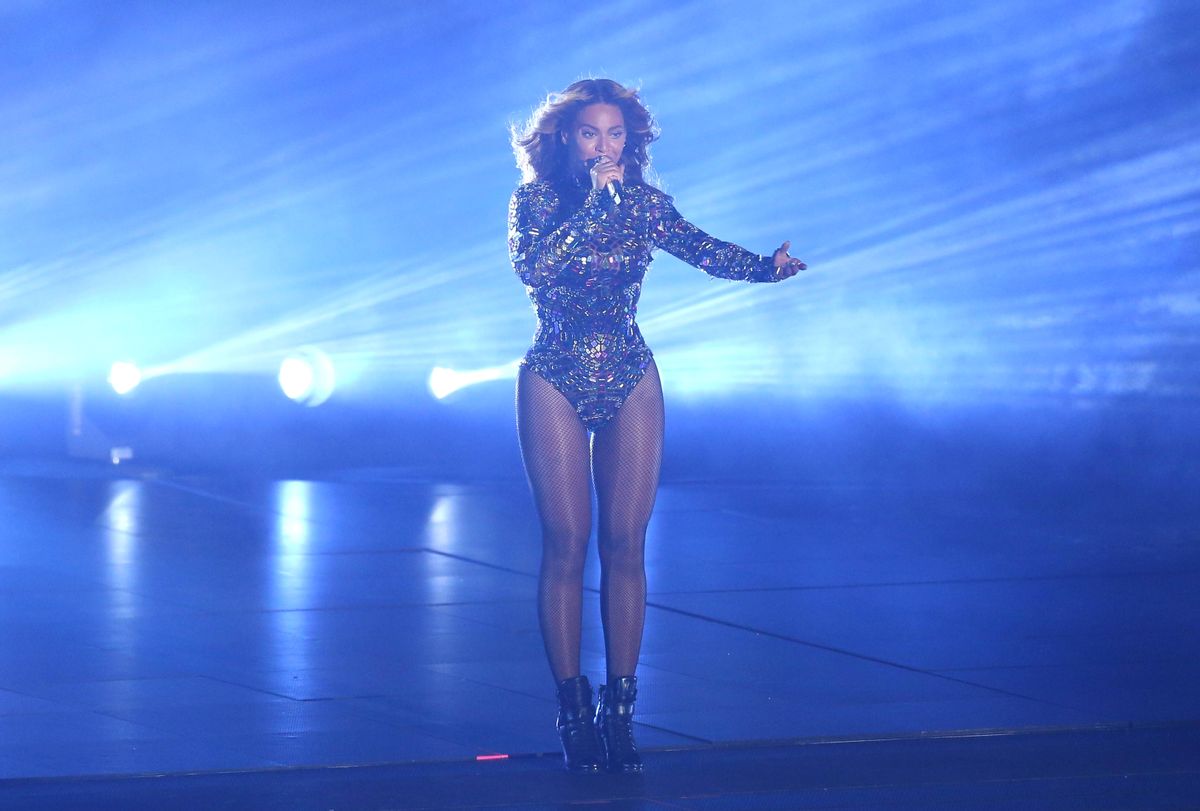 Those looking for entertainment generated by gaffes or shock-value à la Miley Cyrus twerking on Robin Thicke would be disappointed by last night's VMAs. The 2014 MTV Awards show was instead marked by several polished (if not slightly bland) performances and a series of tributes, culminating in a sizzling, emotional finale by Beyoncé. Catch the highlights of the show with the top six moments:

Wiz Khalifa on the red carpet

Though technically not part of the VMAs, Wiz Khalifa's shirt deserves a shout-out. Most celebs make headlines for outrageous outfits that only serve their own celebrity, but Khalifa used the spotlight to raise awareness for suicide:

The trio set the tone for the night, funneling solo performances into the sassy collaboration, "Bang Bang":

Taylor Swift's "Shake It Off"

Unlike her controversial music video, Taylor Swift kept her performance of "Shake It Off" super-classy, maintaining her status as America's darling:

Because MTV knew that half of us (all of us?) were tuning in specifically for this performance, of course they saved the Beyoncé medley until the end of the VMAs. Here is Flawless Feminist Beyoncé in all her glory:

Jay Z and Blue Ivy greeting Beyoncé at the podium

Then husband Jay Z called her the greatest living entertainer and Blue Ivy said, "Good job Mommy," and our hearts melted. Please stay together forever and ever and ever.