The return of the gatekeeper: Both Facebook and Twitter have decided they know what's best for us 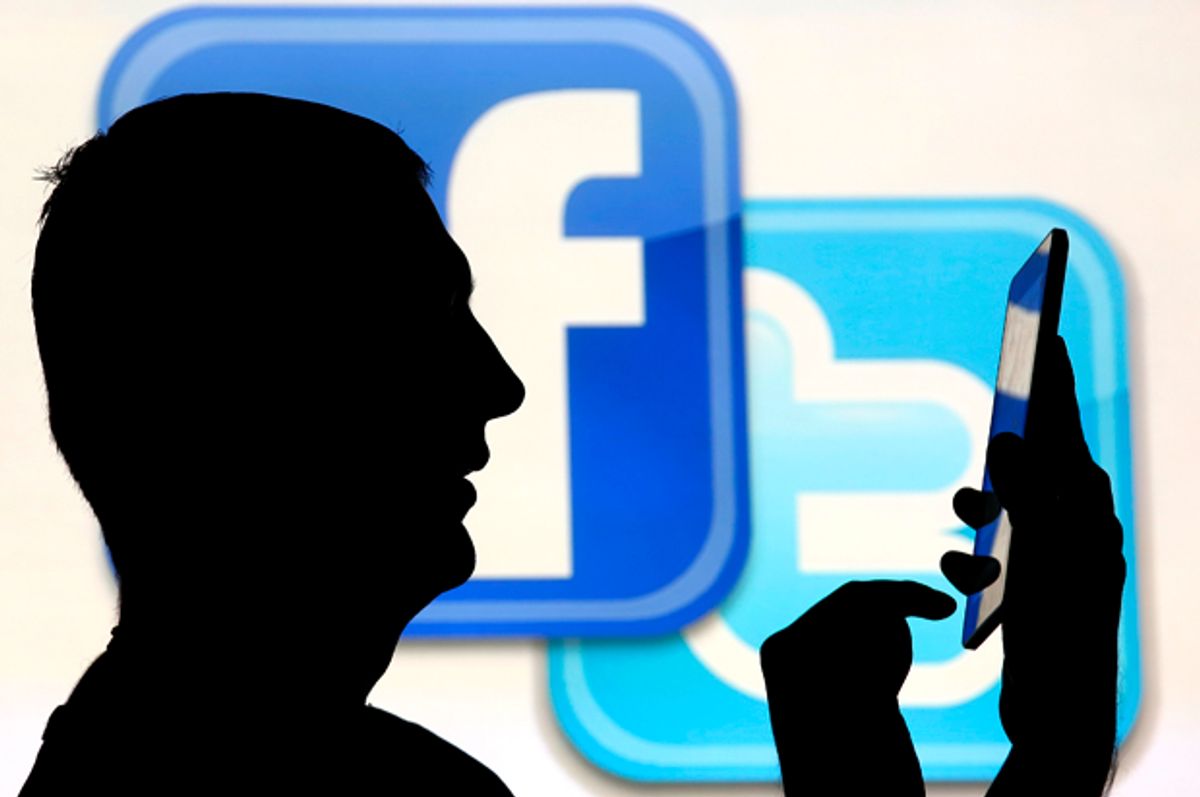 How awesome is that? After all, it's not as if one of the great seductive selling points of the Internet was that our new technologies of connection gave us control over how we accessed information. It's not as if we once shouted hallelujah: The Internet killed the gatekeeper and liberated us all from The Man!

Oh wait: That's exactly what we did. But The Man turns out to be made of tough stuff. Because he's back, sneakier than ever, in his new guise as a social media news feed, exquisitely tailored to preferences we didn't even consciously know we had.

Two recent news developments reinforce this migration back to mediation from above. At BuzzFeed, Matthew Lynley reports how Facebook is waging a campaign against bogus click bait headlines. Facebook is planning to tweak its NewsFeed algorithm to track whether Facebook users who click on a headline subsequently wander off-site for a decent amount of time, or quickly return to Facebook, ostensibly because they were swiftly disenchanted with the crappy content they had been sucked into.

Meanwhile, with each day that goes by, Twitter continues to demonstrate that it is suffering from a severe case of Facebook envy. Last week, Twitter acknowledged that it had begun inserting "relevant" tweets into our timelines, regardless of whether those tweets were posted by people we had actually chosen to follow. On Monday, Matt Buchanan, co-editor of the Awl, pointed out that if you dig deep into Twitter's notification settings, you will see that a new "tailored for you" setting has become a ubiquitous default. Because Twitter knows best.

The Twitter news provoked much hand wringing. Up until now, a key difference between Twitter and Facebook has been that, promoted tweets aside, Twitter users could be confident that their timelines were constructed strictly from the tweets made by people they followed, in the exact chronological order in which they actually occurred. The resulting timeline might be chaotic, disorderly and virtually impossible to make sense of in real time, but it was our chaotic, disorderly and nonsensical timeline. There was a certain sense of security to that fact, a sense of control. Whereas, with Facebook, even if on one level we might appreciate the company's effort to rid the world of obnoxious click bait, we long long ago abandoned the fantasy that we have any meaningful control over what we see, no matter how many times we try to change our settings back to "most recent."

My former colleague Scott Rosenberg has been doing a great job recently of explaining at the Wordyard Project the inevitable logic of control that both Facebook and Twitter must succumb to if they want to build "engagement" and maximize revenue. Facebook and Twitter might be free to enter, but they are still gated communities.

So meet the new gatekeeper, same as the old gatekeeper. Except not quite. In the old paradigm we knew that when we bought a newspaper or turned on a TV newscast, we were accepting the news judgment of editors and producers. We were under no illusions as to our freedom of editorial control. But today we operate in an environment in which we have been conned into thinking we're constructing our own information feeds, when in fact, those feeds are constantly being manipulated to serve the long-term commercial interests of shareholders.

We think we're calling the shots, when actually, our world is being tailored for us, whether we like it or not.