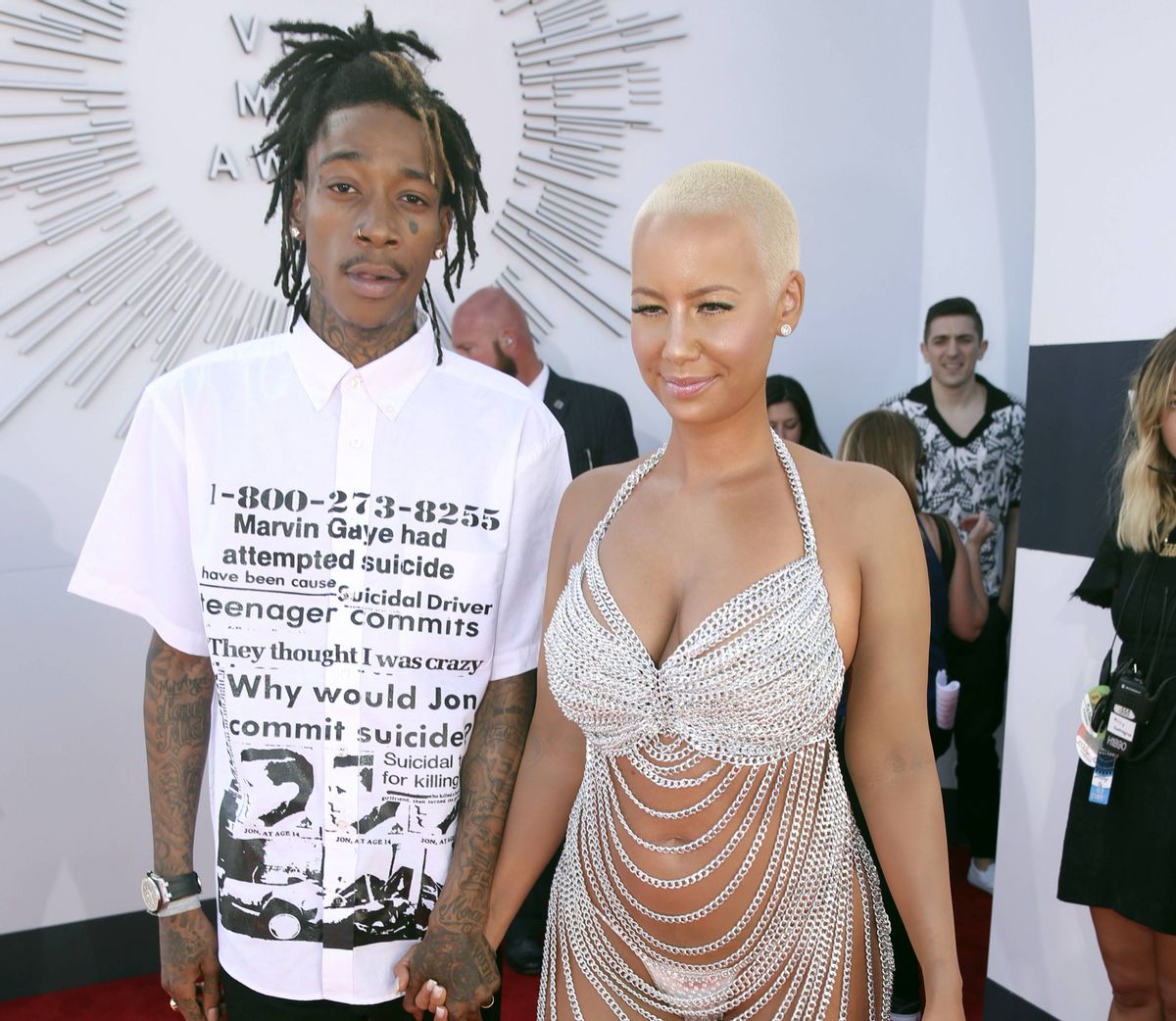 While celebrity outfits at red carpet ceremonies generally generate buzz, perhaps none at this year's VMA's are as newsworthy as Pittsburgh rapper Wiz Khalifa's shirt, which functions as a public service announcement for suicide prevention:

His shirt advertises the number for the National Suicide Prevention Lifeline, 1-800-273-8255. Below, headlines call attention to people who have attempted suicide, including iconic Motown singer Marvin Gaye. Gaye reportedly attempted suicide multiple times in his life.

While sufferers of mental illness still face a lot of social stigmas, the death of beloved actor Robin Williams, who committed suicide in his home on Monday, Aug. 11, has brought the issue to the forefront of America's consciousness and opened up a much-needed dialogue about the issue.