Bill O'Reilly gets schooled on white privilege by Megyn Kelly

Megyn Kelly, who once insisted Santa Claus is white, is surprisingly on-point when it comes to systemic bias 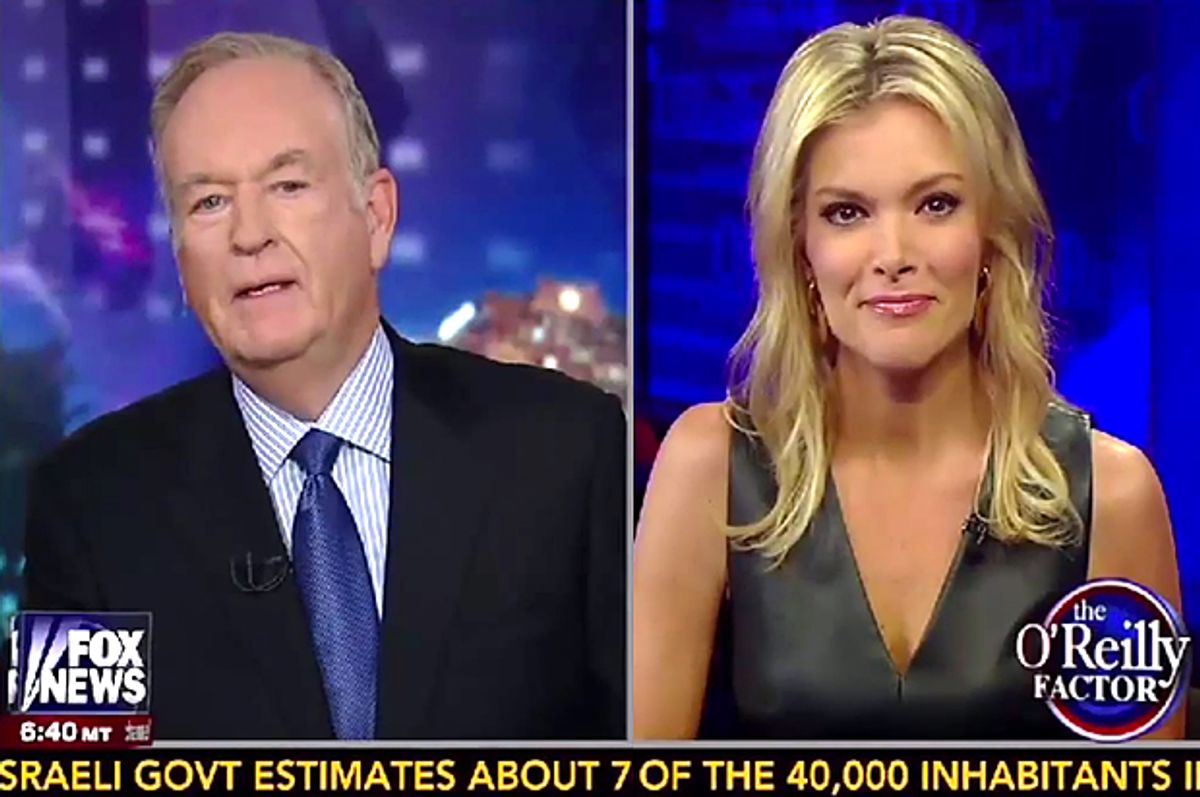 So imagine their surprise when Kelly — who made her name in part by hyping fears of a New Black Panther Party —  turned out to not only argue that white privilege is real, but to do so by citing the large amount of academic research to buttress her point.

"There's a lot of evidence behind" the idea of white privilege, Kelly said. "If you look at the statistics, Bill, they're alarming."

Black unemployment rate in Ferguson is three times the white unemployment rate. Black men between the ages of 16 and 24 have an almost 50 percent unemployment rate; for whites, it's 16 percent. In the United States, a black child is almost four times as likely to live in a poor neighborhood as a white child is. Twenty percent of white kids are in single-parent homes, 52 percent of black kids are. The incarceration rate is six times higher for blacks than it is for whites. There's segregated housing in Ferguson, there are underperforming schools, [and] both of those correlate strongly with low prospects in life; and this area, St. Louis, has a noticeable disadvantaged situation when it comes to folks who are born poor getting out of poverty over the course of their life.

Now, of course, this being Fox, Kelly's explication of the profound socioeconomic disadvantages of being a person of color in Ferguson was accompanied with video of a young, shirtless African-American man with an obscured face (and without images of Ferguson's militarized police force).

Further, Kelly's monologue wasn't exactly on the topic of white privilege — a theory that extends far beyond simple statistics and takes into account the social norms of American society, too.

But beggars can't be choosers, and as Bill O'Reilly swiftly reminded viewers in his response (the same-old "culture" canard he's been spouting for more than a decade) Fox News is very much an impoverished land when it comes to racial consciousness.

So, all things being equal, it's hard not to commend Kelly for her performance. It was a pleasant surprise.