The new evidence, if authentic, would indicate that Brown was shot at least 10 times 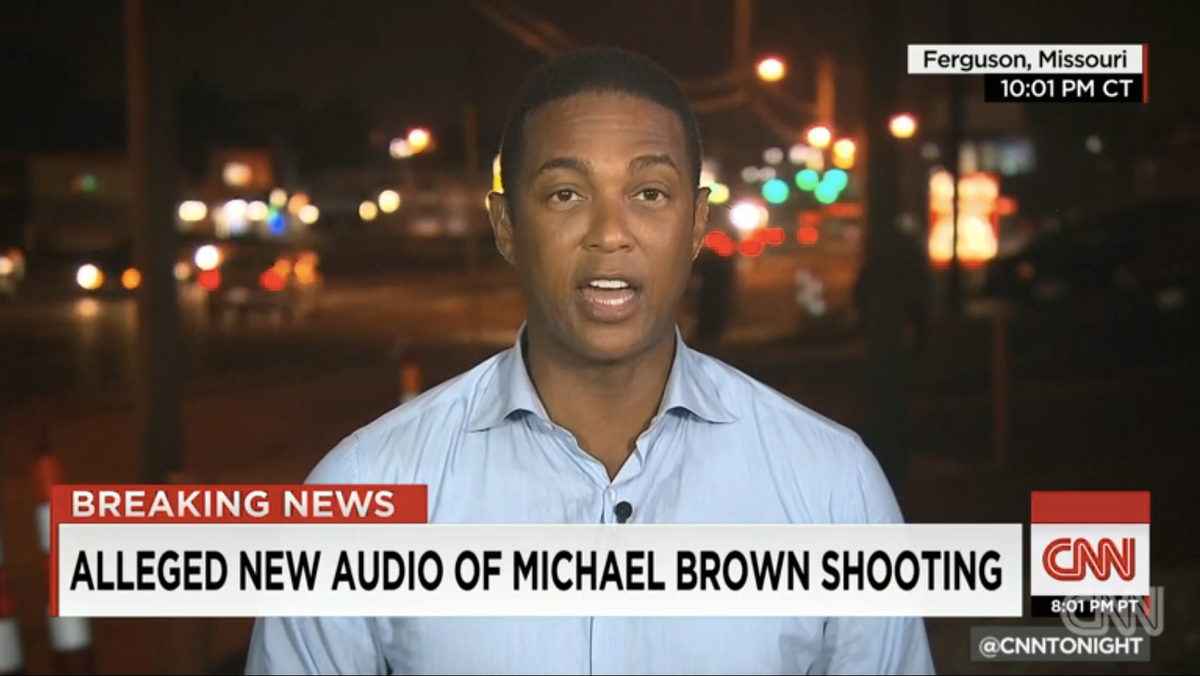 On Monday's edition of CNN Tonight, host Don Lemon released audio allegedly recorded in the Canfield apartment complex at the exact time of Michael Brown's death on Aug. 9. The audio features a man speaking via video chat about unrelated topics ("You are pretty," he says at one point). The recording is regarded as such an important piece of evidence, however, because one can clearly hear at least 10 gunshots ring out over the course of the 12-second file -- first a group of six shots, then four more.

The man's attorney, Lopa Blumenthal, appeared on CNN to discuss the tape: "I was very concerned about that pause ... because it's not just the number of gunshots, it's how they're fired. And that has a huge relevance on how this case might finally end up." She has since reached out to the FBI, which has sent representatives to meet with Blumenthal and her client. "They thought this would be an important part of the investigation," she said.

"At the time, he didn't even realize the import of what he was hearing," Blumenthal said.

CNN reports on what the new evidence could indicate:

Attorney Chris Chestnut said he was surprised by the gap in shots.

"It's the pause that gives most concern in a police shooting, especially with an unarmed victim, because at this point Mr. Brown is defenseless -- he has no weapon," said Chestnut, who represented the family of Jonathan Ferrell.

Like Brown, Ferrell was an unarmed African-American man who was shot and killed by a white police officer.

But if the gunfire heard on the audio is indeed from the Brown incident, the pause doesn't automatically suggest wrongful intent by the officer.

"To be fair, there could be other explanations for that pause," said attorney Van Jones, co-host of CNN's Crossfire. "Maybe the officer will say, 'Well I fired, and he kept advancing, so I fired again.'"

Lemon cautioned: "CNN cannot independently verify the authenticity of this tape and has reached out to the FBI for confirmation of their interview with the Ferguson resident who says he made the recording.