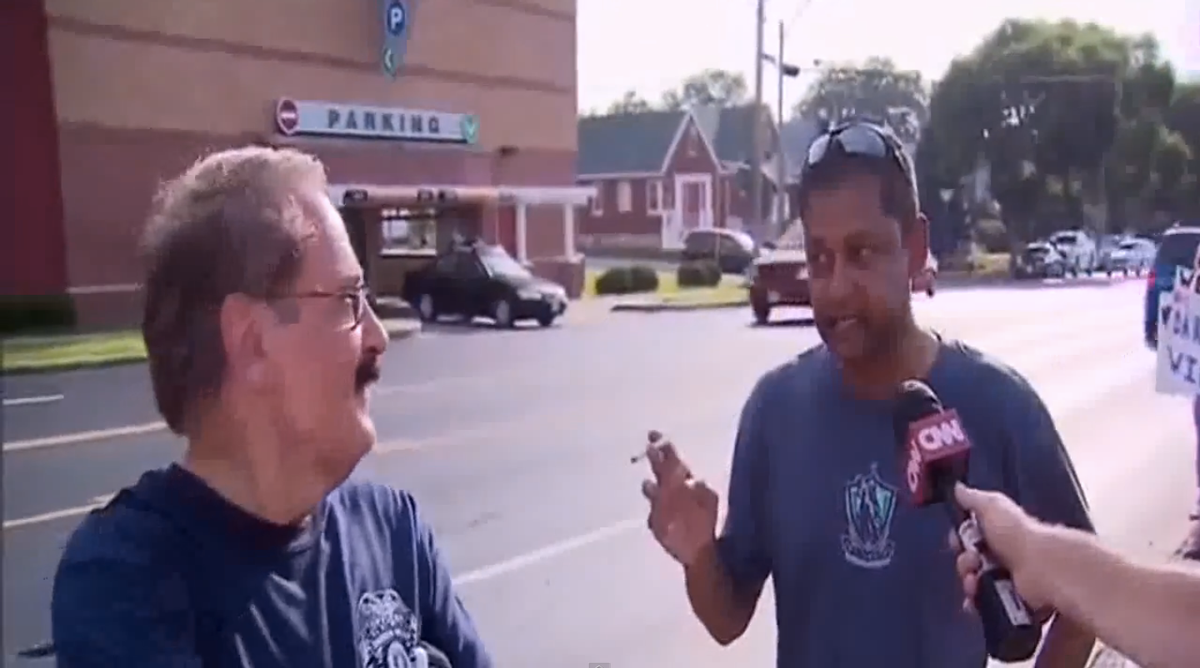 In the past several days, the streets of Ferguson, Missouri, have been relatively calm -- a welcome change after protesters and police clashed following the fatal shooting of teenager Michael Brown on Aug. 9. However, despite the absence of protests, tensions remain high between Ferguson residents and supporters of Darren Wilson, the police officer responsible for killing Brown. CNN aired footage of an interview Jake Tapper conducted with several Wilson supporters who were staging a small protest.

The video then shows the business owner and protesters in an argument, with a protester saying, "I am a United States citizen."

"I am a United States citizen too!" responds the business owner.

When the protester then asks him to speak English, he responds, "I am speaking English, do you understand that? You stupid jackass."

A fundraising campaign in support of Darren Wilson recently raised over $250,000, but became an outlet for bigotry and racist messages.