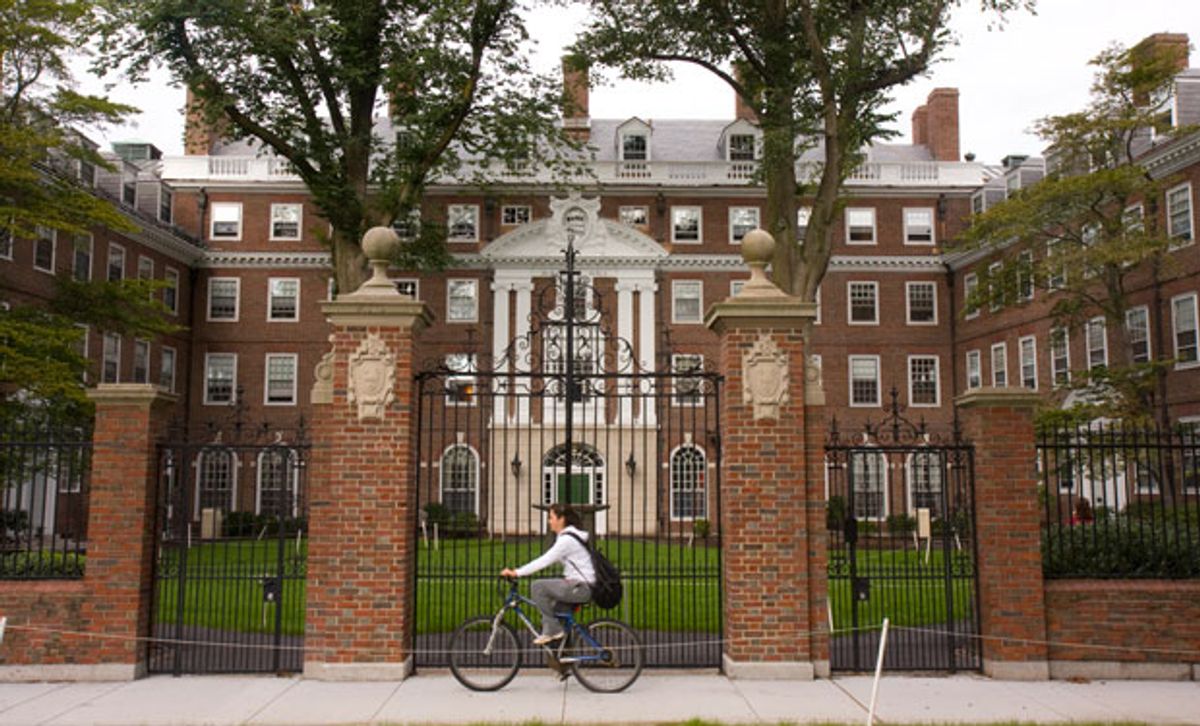 There are more students from low-income schools with top grades and competitive exam scores than ever, more low-income students going to college than ever, but the number of these students attending elite colleges has stagnated over the last 20 years. As reported by Richard Pérez-Peña at the New York Times, federal surveys tracking attendance at these schools found "virtually no change" in enrollment of low-income students between 1990 and 2012.

Of the nearly 90 schools ranked as “most competitive” by Barron’s Profiles of American Colleges, only 14 percent of enrolled students came from low-income households, according to researchers at the University of Michigan and Georgetown University. The research was conducted in 2006, and the number of these students attending elite colleges was the same as it was in 1982.

“Higher education has become a powerful force for reinforcing advantage and passing it on through generations," Anthony P. Carnevale, director of Georgetown University’s Center on Education and the Workforce, told the Times.

There are different reasons for the lack of economic diversity at these schools, with school officials from elite universities arguing that many low-income students simply don't apply to their schools. But even as some schools are doing more to remove cost barriers to attendance, critics contend that these schools aren't doing enough to recruit talent among these students. “It’s not clear to me that universities are hungry for that,” Richard D. Kahlenberg, a senior fellow at the Century Foundation who studies college diversity, told the Times. “What happens if low-income students start calling the bluff of selective universities, and do start applying in much larger numbers? Will the doors be open?”

One way to solve the lack of diversity at these colleges, according to the Times, is face-to-face recruitment. “You can make big statements about being accessible, and have need-blind admissions and really low net prices for low-income kids, but still enroll very few of those low-income kids, by doing minimal outreach,” said Vassar College president Catharine Bond Hill. “There has to be a commitment to go out and find them.”

And once these schools go out and find these students, they have to help them navigate the complex web of financial aid and reduced tuitions offered, work that can be hard to do without someone walking you through it. “If you come from a family and a neighborhood where no one has gone to a fancy college, you have no way of knowing that’s even a possibility,” Anthony W. Marx, president of the New York Public Library, and a former president of Amherst, told the Times. “And if you go on their website, the first thing you’re going to look for is the sticker price. End of conversation.”