Here are the 6 funniest moments of the 2014 Emmys

Sarah Silverman on the red carpet, a special "Billy on the Street," and parodies by Weird Al Yankovic 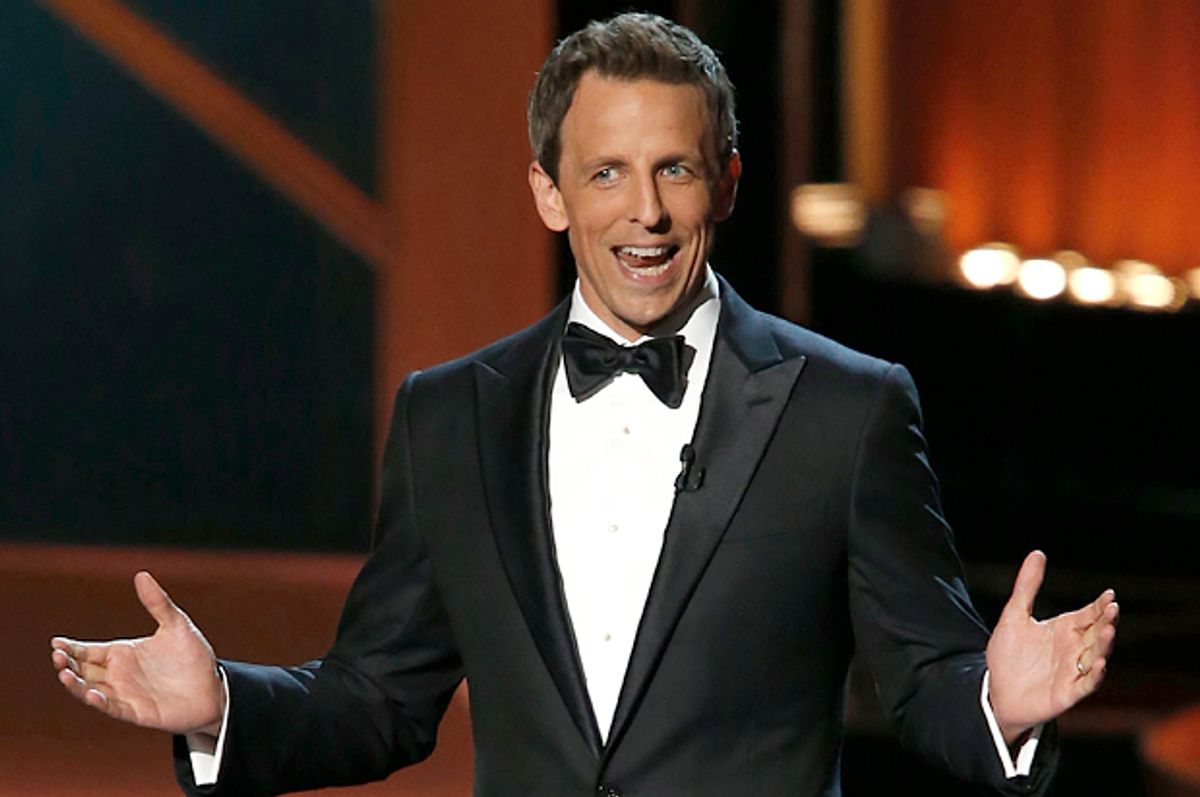 There's no solace for "Parks and Rec" fans annoyed that Amy Poehler didn't win an Emmy at the 66th Emmy Award ceremony Monday night, but maybe a review of the night's best, funniest moments will help you restore your faith in Hollywood's tastemakers. Host Seth Meyers was delightful, as were the show's comedic segments, both planned and improvised. Here are the top six:

Sarah Silverman shows off her purse on the red carpet

Rather, the liquid pot inside her purse.

"Welcome to the Emmy Awards. This year we’re doing it on a Monday in August, which I understand in television means the Emmys are about to get canceled."

Seth's "Billy on the Street" segment

"Who is hosting this year's Emmy Awards?" (Hint: "He's standing next to me")

And George R.R. Martin with a typewriter

Host of the "Colbort Report," according to Gwen Stefani.

A wonderful throwback to "Seinfeld."