It wouldn't be hard for the military to become trans-inclusive 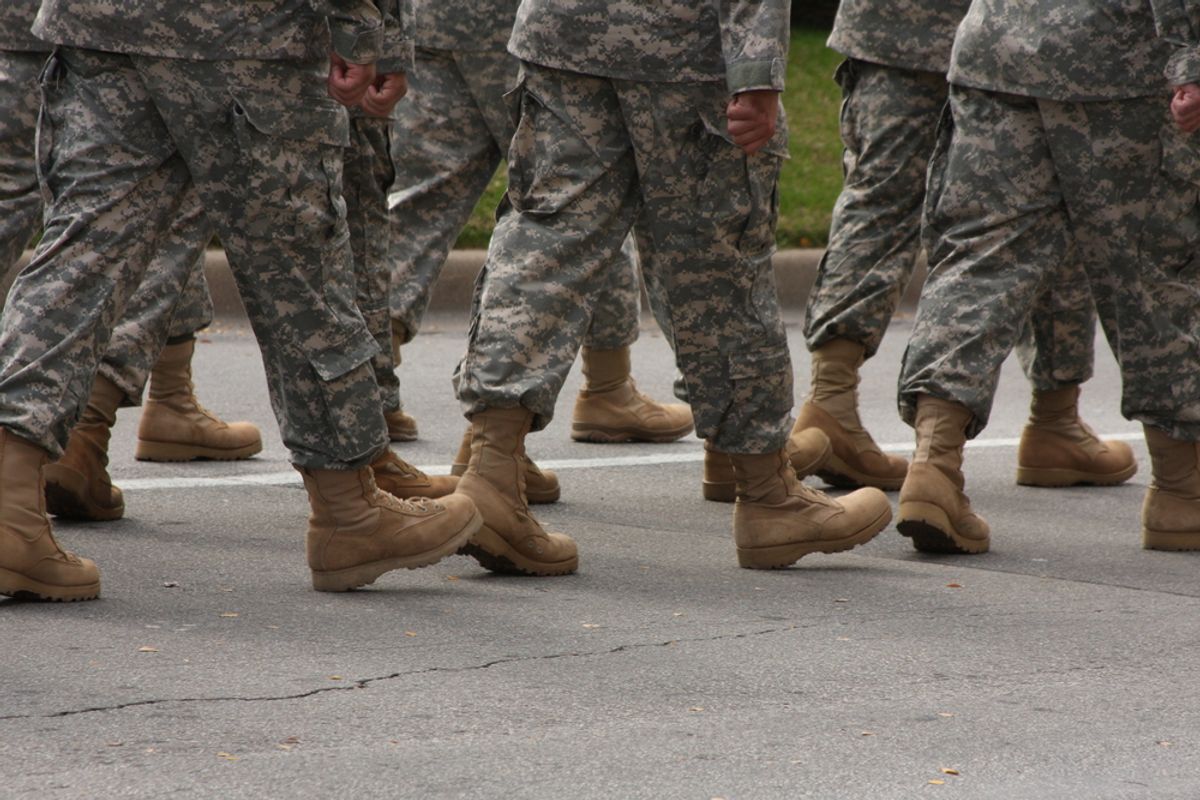 Estimates suggest that approximately 15,500 transgender personnel serve in the U.S. military. Those thousands of military men and women, however, are allowed to serve only if they keep their identities hidden. Just as “don’t ask, don’t tell” once kept lesbian, gay and bisexual members of the military from serving openly, a Department of Defense medical regulation keeps transgender service members officially closeted — but it doesn’t have to, and it wouldn’t be difficult to reverse.

According to the Washington Post, a forthcoming study from the LGBT-focused think tank the Palm Center finds that the military could move to loosen some uniform and medical restrictions and minimize rules that treat transgender service members differently, without capitulating to changes that threaten “military readiness”:

A policy change also should provide medical care to transgender personnel, apply lessons from the estimated 18 other countries that already allow it, and provide flexibility so that individual service members and their commanding officers can develop a transition plan as they shift genders, the study recommended.

The commission advocates treating gender transition surgery undertaken before military service “no differently from any other surgery that potential recruits may undergo.” Active-duty service members who determine they need transition surgery should be treated the same as service members who need to recover from other more common surgeries. Gender-specific uniform items, like skirts, should be issued all at once, in order to prevent embarrassment, the commission found.

What the researchers have discovered, essentially, is that few (if any) of the changes that would need to be made are insurmountable. Any issue that comes up, it seems, has a solution. Take, for instance, the possibility of instituting another draft: Instead of considering only sexual orientation at birth for young men registered in the Selective Service Administration, the Defense Department could simply amend its rules to recognize gender transition. It’s not that hard.

Accepting these rules isn’t hard or unlikely either, according to the center. In an interview with the Post, retired Army Maj. Gen. Gale S. Pollock — who assisted with the study — noted that rank-and-file service members tend to be more tolerant today than in previous eras, and that they would be more likely to accept openly trans peers.

“They have been around people who are open about their personality and sexuality,” Pollock said. “It’s normal for them to be accepting of one another, whereas 20, 30 years ago we didn’t share it because it wasn’t considered normal.”

Such openness could be slightly overstated: In civilian life, transgender people still face disproportionate rates of discrimination, harassment and assault. Forcing transgender service members to remain closeted, however, does little to “protect” them from potential discrimination in the military; if anything, it contributes to the stigma that fosters such discriminatory attitudes in the first place. Given the relative ease with which the military could change its policies for trans service members, it’s likely that the armed forces would see a response similar to the one it saw with the repeal of “don’t ask, don’t tell” — which is to say, it probably wouldn’t see much of a response at all. Service members would simply go on serving their country and living their lives.