"I want to thank his wife and his children," Fallon said, standing next to Colbert 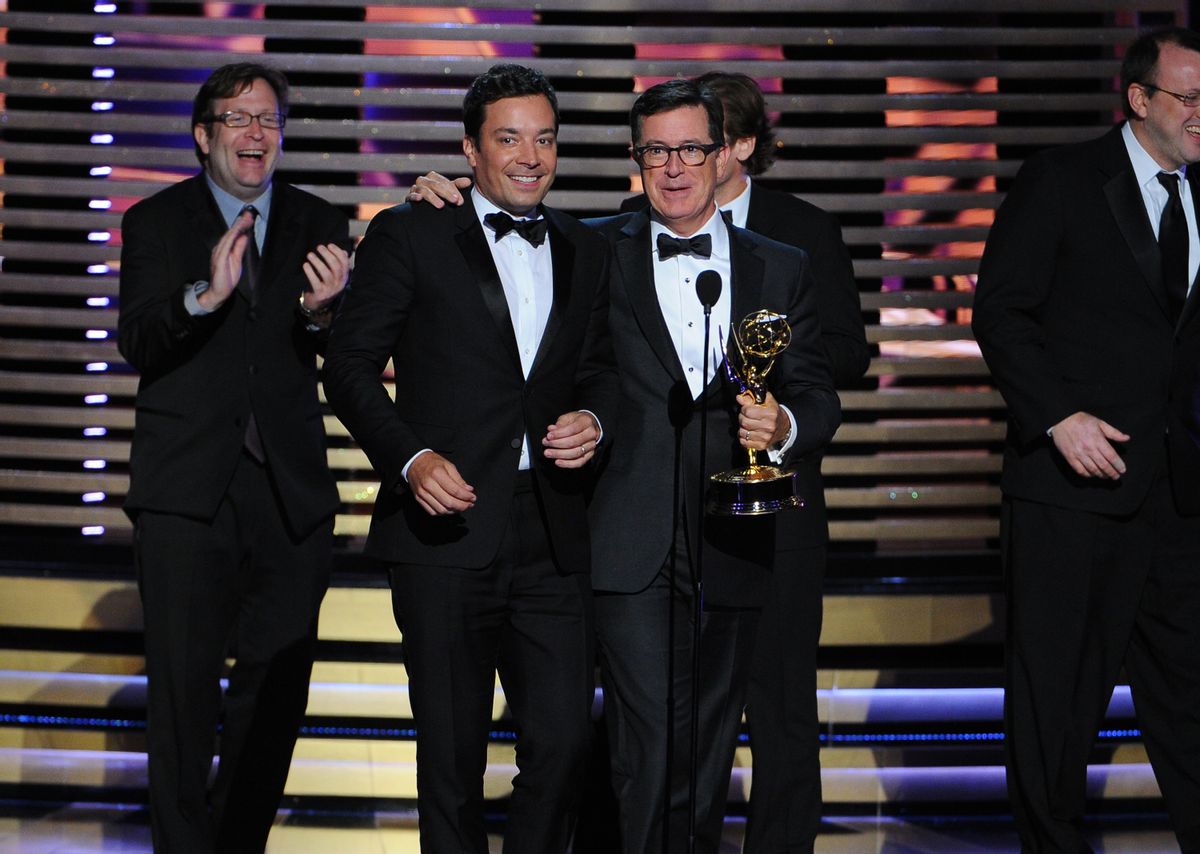 Though "The Colbert Report" took home the Emmy for Most Outstanding Variety Series, it was "Tonight Show" host Jimmy Fallon that thanked the audience for the award.

"I want to thank his wife and his children," Fallon deadpanned, standing alongside a smiling Stephen Colbert. He continued to thank Colbert's staff -- "you know who you are" -- while mocking generic acceptance speeches, adding, "if you dont know who you are, go to IMDB. It's very comprehensive."

If you're not on the show's staff, but want to join before the show ends next year, "Just put your name on IMDB and I'll back you up," he joked.

After Fallon's Kanye moment, Colbert then made a few remarks. He thanked former mentor Jon Stewart along with the show's writers, while mocking his staff's lack of diversity. Calling out his "one woman" writer, he added, "sorry for that, for some reason."