Of her segment she said, "It means that somebody can be hot and also be funny and make fun of herself" 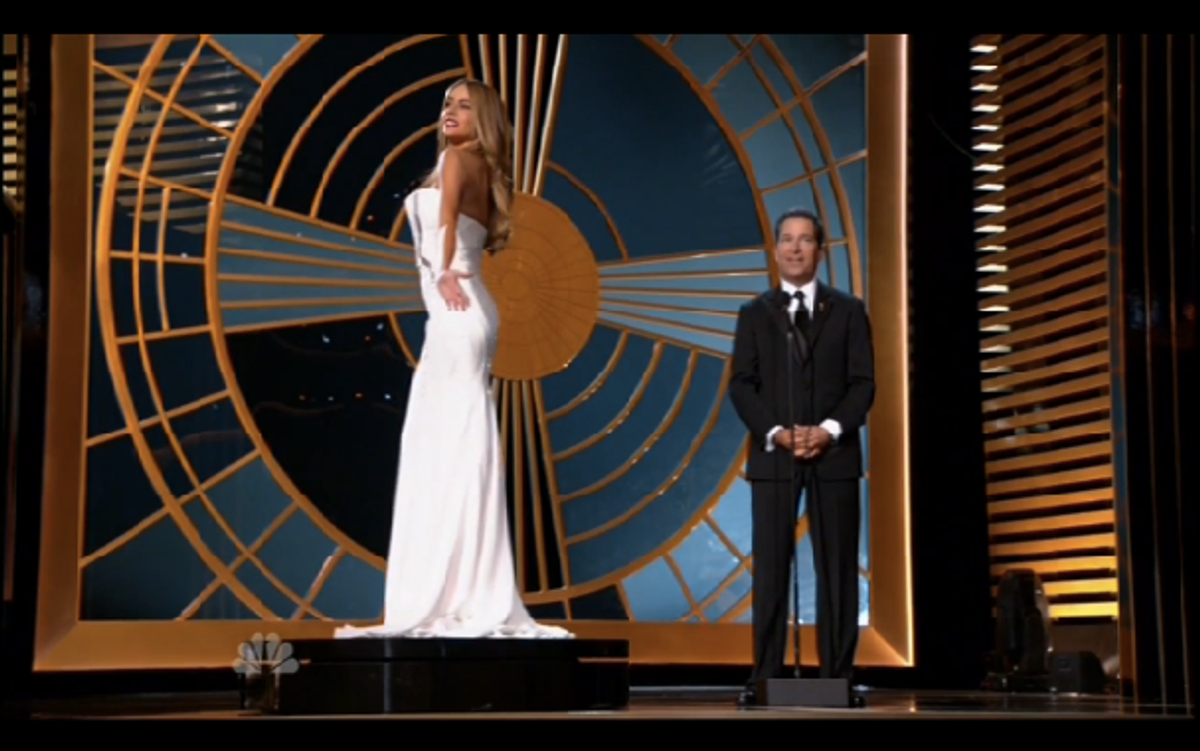 Vergara twirled on an elevated platform as Rosenblum offered an update on Hollywood's well-documented diversity issues. "Our academy is more diverse than ever before," he said, "resulting in a greater diversity in storytelling. What truly matters is that we never forget that our success is based on always giving the viewers something to watch." Vergara then took a bow and got offstage, saying, "OK, enough, enough, that's why I stopped doing car shows."

Somehow, Vergara thinks the segment was subversive. “I think it's absolutely the opposite,” Vergara told the press backstage, responding to the charges of sexism. “It means that somebody can be hot and also be funny and make fun of herself."

But yet again, it made women -- especially Latina women -- the butt of the joke in an environment where women are still marginalized. The numbers show that Latina women are among the most hypersexualized and underrepresented minorities on TV. The message from Rosenblum's segment was painfully clear: Vergara, who has won four Emmys for her work on "Modern Family," is on TV for your viewing pleasure because of her body. And so are other women of color.

If the Emmys really wanted to do funny social commentary on the industry's well-known diversity problems, they should have demonstrated self-awareness by making themselves the butt of the joke like "SNL" did when acknowledging its casting issues. Or they could have turned on the majority by doing this:

Or even something like this parody, where Lizzy Caplan, Scott Aukerman and Reggie Watts debate whether men can be funny (suggestion: Can HOT men be funny?):

More odd still, Vergara handled the criticism as if it were a rumor or statement of slander rather than an observation made by several uncomfortable, disappointed viewers. "I think it's ridiculous that somebody started this — I know who she was — who has no sense of humor [and should] lighten up a little bit,” she said.

We don't know who "she" is, but I'm willing to step up for that comment, Sofia. As are plenty of other women.