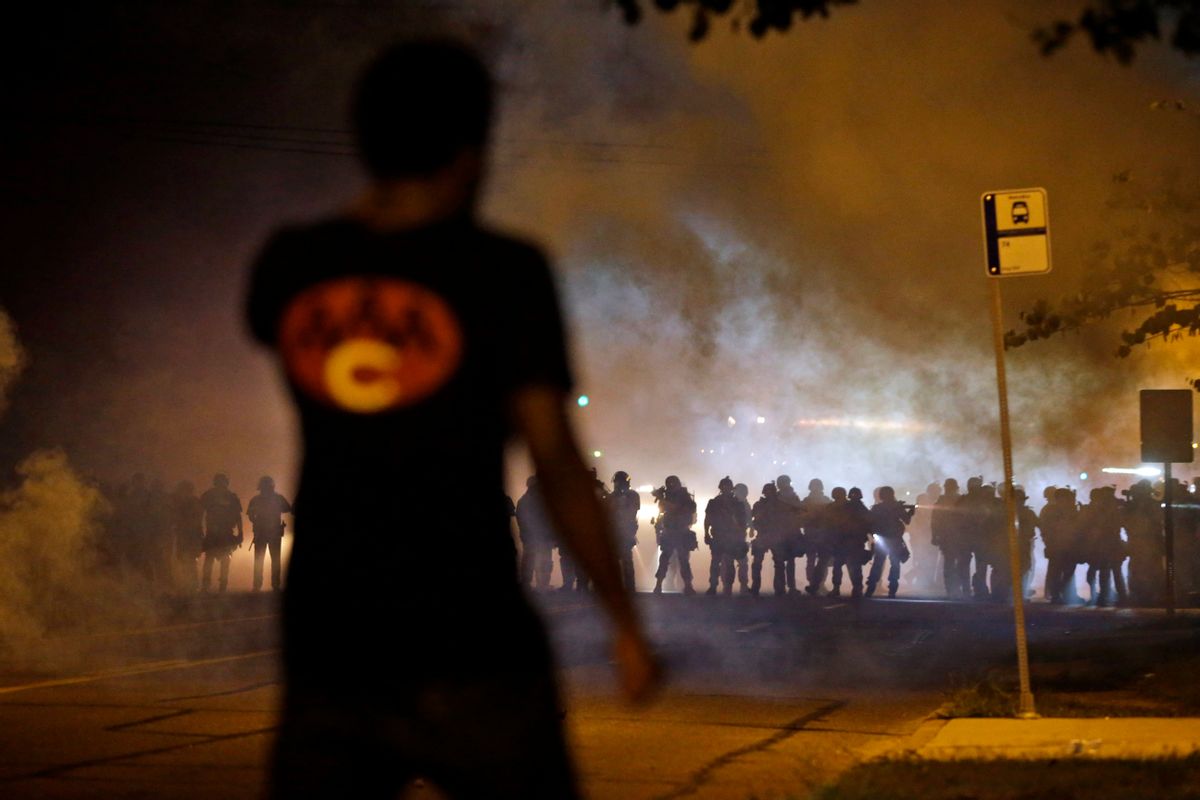 FILE - In this Aug. 13, 2014 file photo, a man watches as police walk through a cloud of smoke during a clash with protesters in Ferguson, Mo. The response to Browns death turned violent because of a convergence of factors, observers said. (AP/Jeff Roberson)
--

In the wake of the fatal shooting of teenager Michael Brown at the hands of police officer Darren Wilson, Ferguson and St. Louis County Police Departments cracked down on protesters with tear gas and rubber bullets, forcing civilians to reassess their relationship with police. A new USA TODAY/Pew Research Center Poll finds that relationship on the rocks. Two out of three Americans say that police departments do not do enough to hold officers accountable for misconduct, gauging the right amount of force to use, or treat people of different races equally.

While most whites give police low marks on those measures, blacks are overwhelmingly negative in their assessment of police tactics. More than nine of 10 African Americans say the police do an "only fair" or poor job when it comes to equal treatment and appropriate force...

Obama himself gets a lukewarm approval rating when it comes to handling race relations: 48 percent approve, 42 percent disapprove. Though that's higher than his overall job approval rating, it is significantly lower than predecessors George W. Bush and Bill Clinton received on race relations during their tenure.

The survey also found that more than four in ten respondents are not confident in the ability of police departments to use military equipment and weapons appropriately. This wariness coincides with Obama's decision to order a review of the federal programs responsible for supplying almost $500 million in military equipment to civilian police. The review will also take into account whether the police are given sufficient training regarding the use of the equipment.