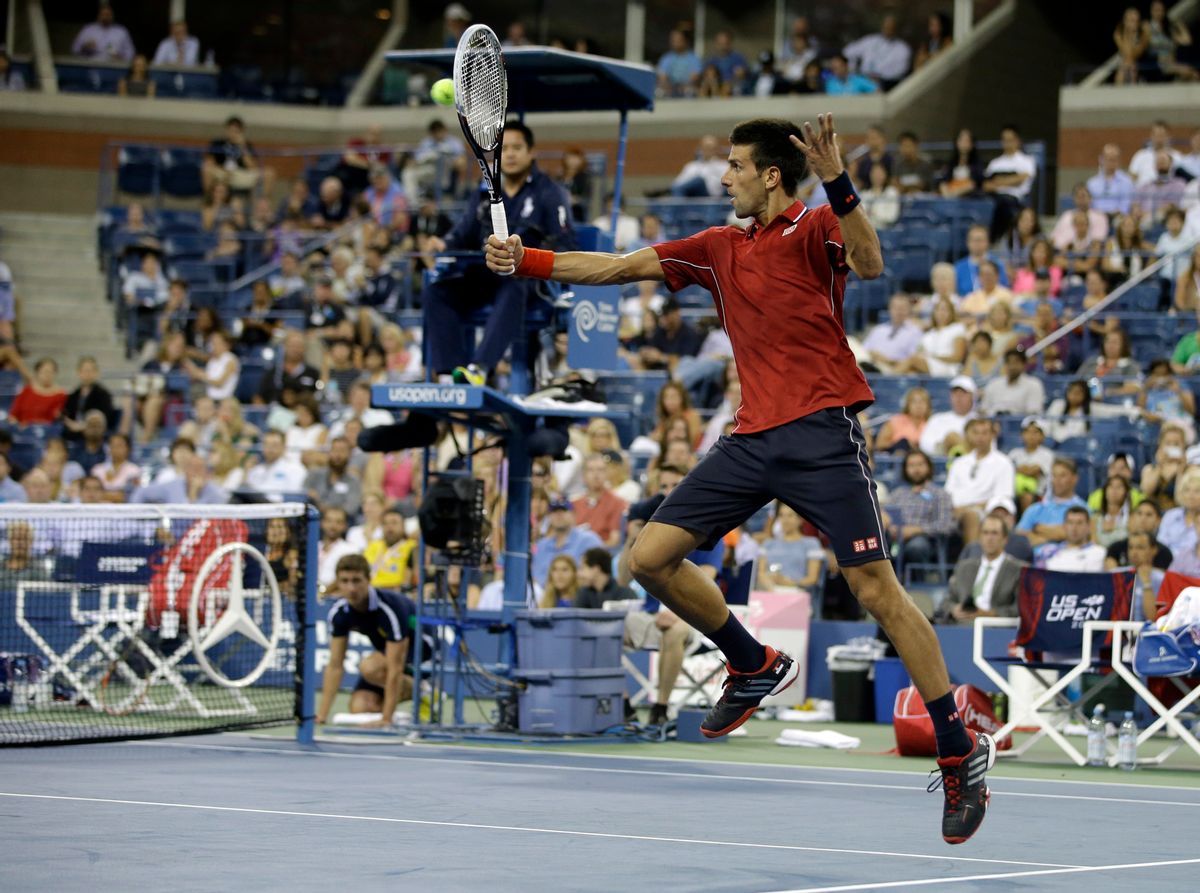 Novak Djokovic, of Serbia, returns a shot to Diego Schwartzman, of Argentina, during the opening round of the U.S. Open tennis tournament Monday, Aug. 25, 2014, in New York. (AP Photo/Darron Cummings) (AP)
--

DJOKOVIC COAST THROUGH US OPEN FIRST ROUND

Australia's Michael Matthews wins the third stage of the Spanish Vuelta to maintain his overall lead.

The Tampa Bay Buccaneers are in recruiting talks with offensive lineman Richie Incognito, one of the central figures in the bullying storm at Miami last season.