"I came to ask you why I've never been on your show," said DeGeneres 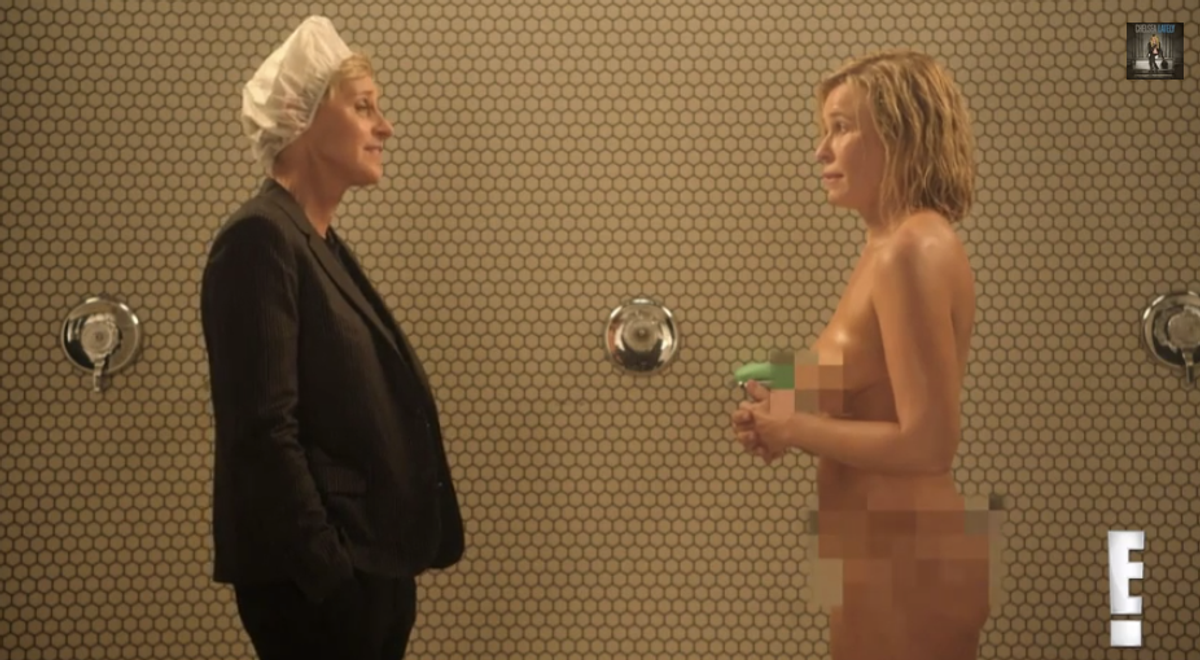 Chelsea Handler left the boys club that is late-night cable TV on Tuesday night, bidding an emotional farewell to the fans, crew and guests of seven-year talk show "Chelsea Lately" -- but not before airing a funny sketch with daytime TV star Ellen DeGeneres.

Going from passive-aggressive to straight aggressive, DeGeneres confronted Handler in one of the show's recurring nude shower sketches, asking, "I came to ask you why I've never been on your show." It was hostile, uncomfortable ... and hilarious.

Among the great quotes:

"No, I thought you were married to Ryan Seacrest!"

"I live with a lesbian, a confirmed lesbian."

"No, I am totally comfortable being in a shower with a woman that is a lesbian."

"Are you on medication?"

Several celebrity guests stopped by Handler's show, including Sandra Bullock and 50 Cent, to say goodbye. Handler, who is moving to Netflix, thanked everyone by saying, "I never really got a good chance to be serious and say 'thank you' and I want you to know that I am grateful for this career, thank you very much."