10 Things to See: A week of top AP photos 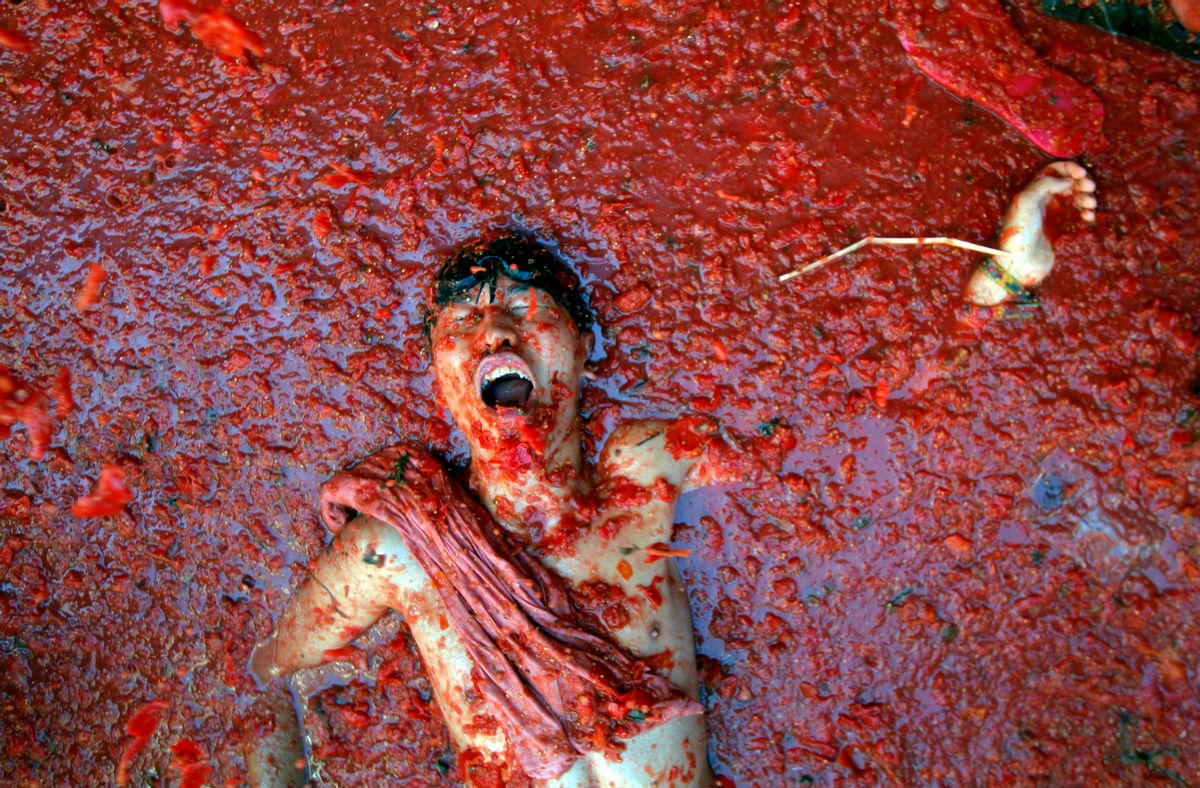 AP10ThingsToSee- A man lies in a puddle of squashed tomatoes, during the annual "tomatina" tomato fight fiesta in the village of Bunol, 50 kilometers outside Valencia, Spain, Wednesday, Aug. 27, 2014. (AP Photo/Alberto Saiz) (AP)
--

Here's your look at highlights from the weekly AP photo report, a gallery featuring a mix of front-page photography, the odd image you might have missed and lasting moments our editors think you should see.

This week's collection includes a man in a puddle of squashed tomatoes in Spain; workers clearing debris from a runway at an airport in Atlanta; Usher performing at the MTV Video Music Awards in Inglewood, California; and dozens of people practicing yoga on Parliament Hill in Ottawa, Ontario.