"Fox and Friends" guest: Secularists want to turn me into "atheist chaplain" by removing prayer in schools 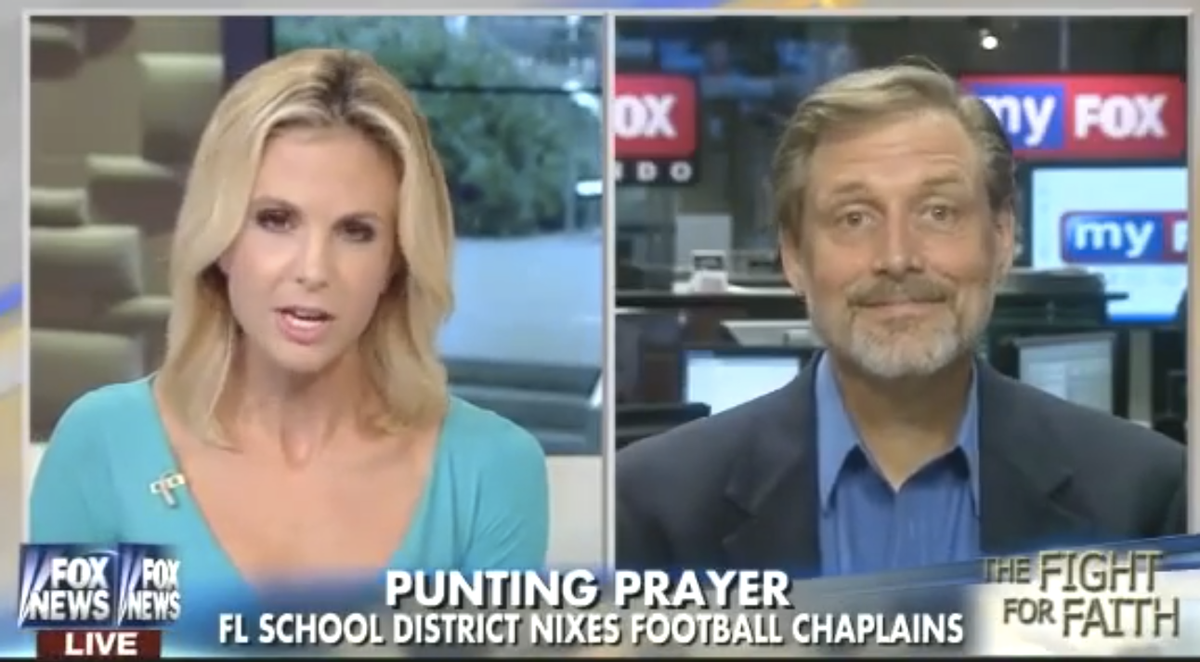 Pastor Troy Schmidt of Florida appeared on "Fox and Friends" on Thursday morning, where he accused a secular group of trying to turn him into an "atheist chaplain." The pastor was recently told that he could no longer pray with a public high school football team before games, and he voiced his displeasure to host Elisabeth Hasselbeck.

The Orange County school district in Florida recently banned school-sanctioned prayer services, following a complaint filed by the Freedom From Religion Foundation, according to Raw Story. The pastor may still meet with the Olympia High School football team and bring them meals, but he can no longer lead prayer, and would be called a "life coach."

"'It's unconstitutional,' is what this Freedom From Religion group said, for you to gather with the team and pray with them and be friends with them," Hasselbeck stated to Schmidt. "You say?"

"They’re telling us to be atheists, when we want to say this is what we believe," he continues. "And we want to express it freely like the Constitution says.”

Schmidt said that he'd continue to bring meals to the team, “but now we can’t pray before the meals, we can’t offer a little inspiration — sort of pick-me-up before the game, nor can we pray afterwards.”

He also explained that he refused to be called a "life coach."

“I don’t want to be turned into an atheist chaplain, which is what they’re trying to do,” he said. The whole conversation can be heard below via Raw Story: