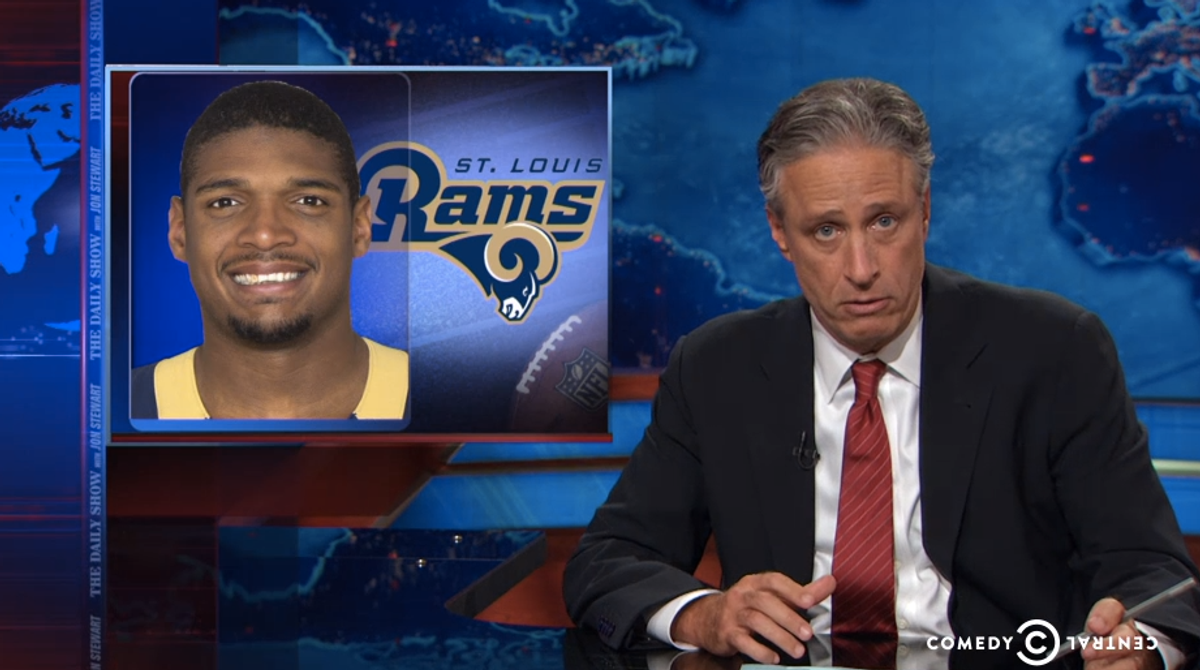 "The Daily Show" on Wednesday mocked ESPN for its bizarre focus on the shower habits of Michael Sam, the first openly gay player on an NFL roster. Correspondent Samantha Bee, for one, is extremely disappointed that Sam has exhibited "none of the locker room behavior of normal heterosexual players" such as "grab-ass" and "ball-cupping."

His lack of nudity and physical contact "has been making his teammates very uncomfortable," Bee said. "If Michael Sam wants to fit into the NFL, he better cut the shy act and gay it up!"