NRA's mind-blowing response to gun tragedy: "7 ways children can have fun at the shooting range" 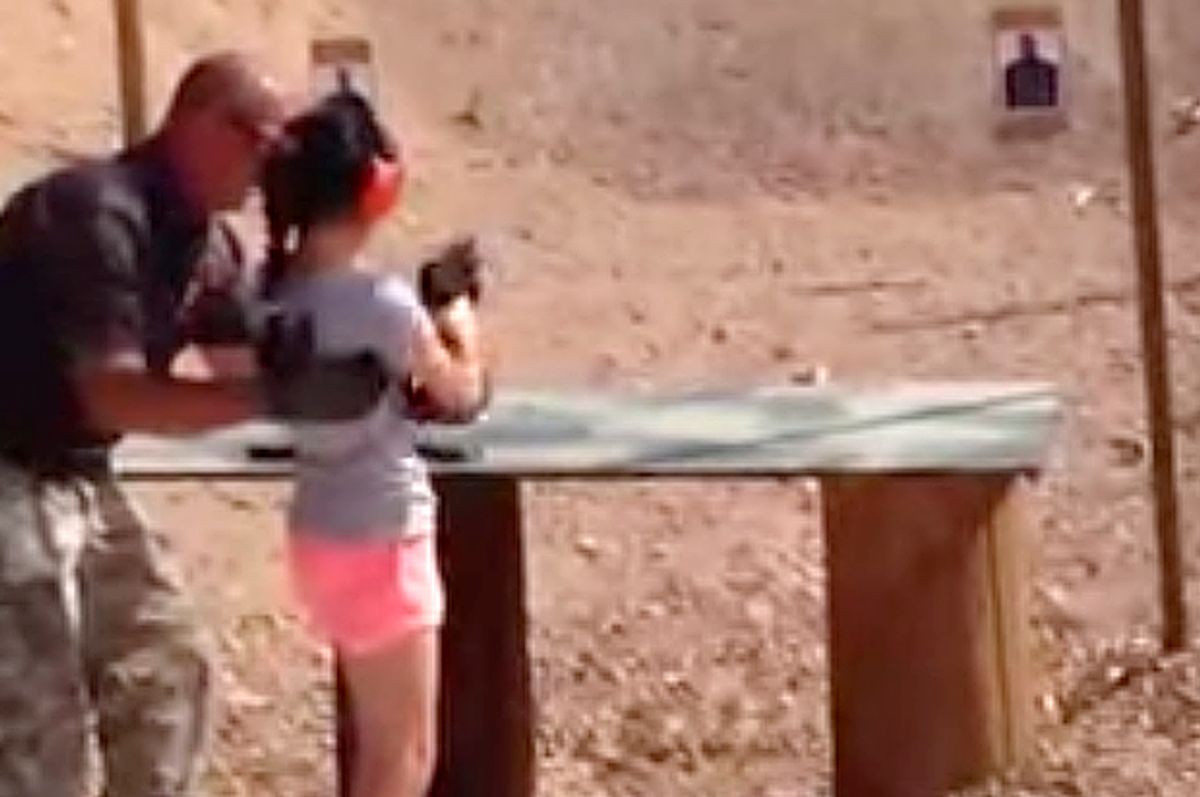 A horrible tragedy, right? Not only is a man needlessly dead, but a little girl is permanently scarred. The lesson to be learned is clearly not to give automatic weapons to children. But did we even need to learn that in the first place?

Apparently, yes. The National Rifle Association responded to the event just two days later by tweeting a list of ways that children can "have fun at the shooting range." The Huffington Post's Christina Wilkie caught it first, and managed to capture a screenshot of the tweet before it was deleted an hour later.

The tweet linked to an Aug. 20 article from a publication called Women's Outdoor News, which emphasized that children need to be constantly entertained at the shooting range because they will get bored. In the article, Mia Anstine writes:

When children begin shooting, traditional bull's-eye targets are perfect for working on safety skills. They're also good for zeroing your rifle before hunting or competitions. However, if children continually shoot the same bull's-eye target, they can become tired, exhausted or bored. As the boredom sets in, the effort that goes into shooting can deteriorate. In our case we have youth competitors, i.e. LG and friends, who train on a regular basis. Sometimes they want, or rather need, to have fun at the range. That's when it's time to introduce other types of targets to change things up, so children can have fun on the range.

The article goes on to suggest various types of novelty targets you might choose if little Naomi or Buck is so tired of shooting practice (Animal-shaped! Zombies! Exploding!). When I was 9 years old I had a booger wall. A wall for boogers. I pretended my bed was a horse. I was in no way capable of handling something that could easily kill someone. And clearly, if you have to keep your child-assassin focused during his or her lesson, that child is ill-equipped as well.