Report: Joan Rivers has been hospitalized and is in critical condition

She stopped breathing during surgery, according to TMZ (UPDATED) 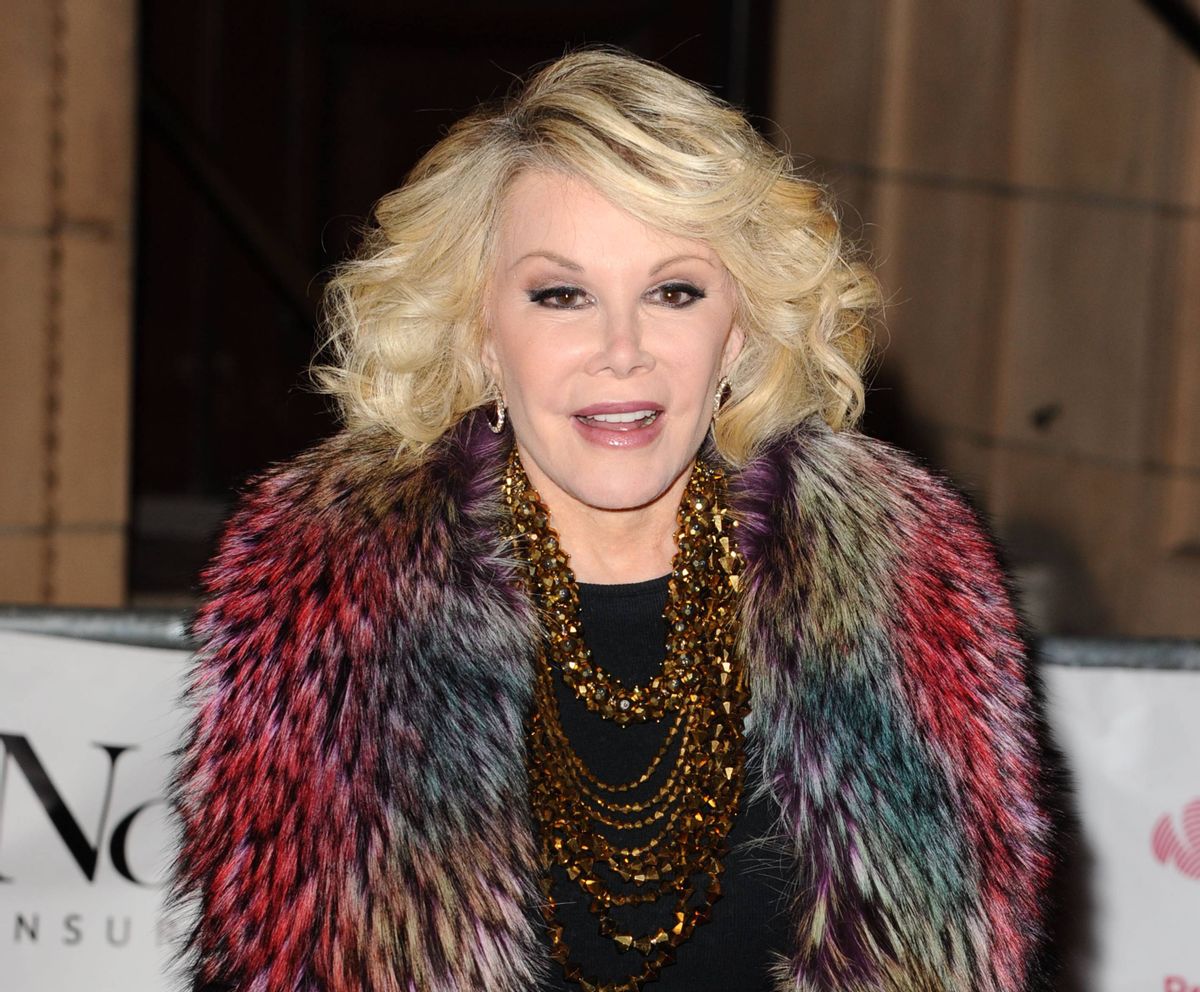 TMZ is reporting that comedian Joan Rivers has been rushed to Mt. Sinai hospital in New York after she stopped breathing during a surgical procedure. The 81-year old was reportedly undergoing surgery for her vocal chords Thursday morning.

Rivers, 81, has recently been in headlines for her controversial comments about the Israel-Palestine conflict, transgender and gay people, and walking out on CNN mid-interview. She is the current co-host of E!'s "Fashion Police" and recently published memoir "Diary of a Mad Diva."

Her daughter, Melissa, is reportedly on her way to New York. As of the publication of this report, CBS News has not yet commented on the incident.

Update: TMZ is now saying that Rivers is in "critical condition" and that her heart stopped beating. "It's unclear if doctors were able to restart the comic's heart," the site reported.

Update 2: Rivers seems to be in stable condition at the hospital: