But the U.S. still refuses to adopt policies that would lessen the staggering burden 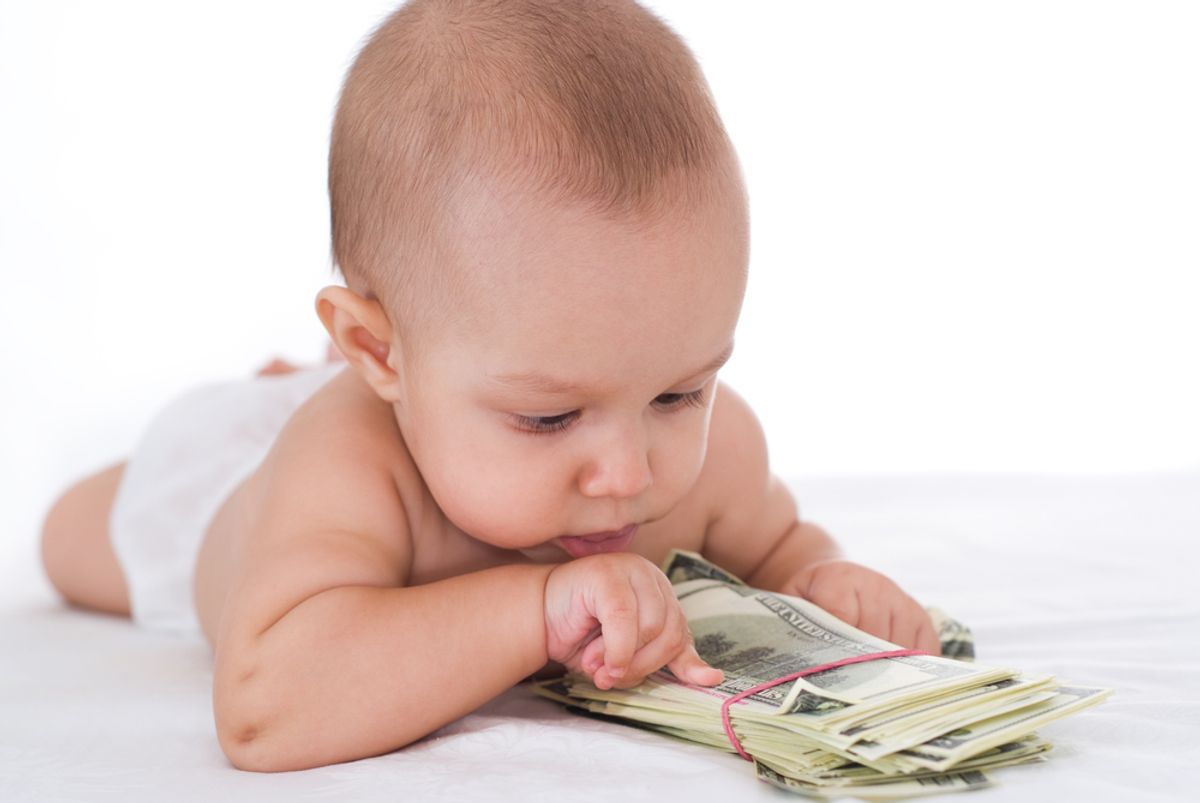 Did you have a kid in 2013? Congratulations! That will cost you a quarter of a million dollars.

Notice that this number does not include college, just your basic food, lodging, transporting, clothing and various sundries associated with just getting the kid up and through the door.

WTF? Part of the problem, the report shows, is that childcare costs have rocketed into the stratosphere, often costing as much as renting a home. CNN cites recent data on center-based care for a single infant, and it has surpassed median rent payments in nearly half of the states. Meanwhile, America’s median income is 8 percent less than its pre-recession level, and healthcare costs are still growing faster than inflation.

Is it any wonder that millennials, also saddled with student debt, are not planning to have children, even though they may want them? Research conducted by the Wharton School’s Stew Friedman comparing millennials to Gen Xers finds that the younger cohort is more nervous about the future, more financially insecure, and daunted by the prospect of working 72 hours a week even when they can find a job— which is not easy for them to do. With all that burden, Friedman found that despite a desire to be parents, young people could not see how it would be feasible.

And who could blame them? How can parenting look attractive when you only see yourself strapped for cash and exhausted?

Friedman’s cross-generational study revealed the stunning fact that the rate of college graduates who plan to have children has tanked by nearly half over the past 20 years. The words “childfree” and “millennial” are becoming linked in the media landscape.

The U.S. is way behind the curve compared to most developed countries with policies that allow parents (especially mothers) to work, raise kids, and not go completely insane.

Could the new numbers on childrearing be a wakeup call to America? You would think at least this info could be used by Democrats to wrestle the "family values" boast away from Republicans like Paul Ryan, whose social and economic policies leave parents high and dry, with insecure employment and an inadequate social safety net. But leave it to Dems to suck up to rich donors with Republican-lite talk of cutting deficits and reducing social programs. The wakeup call will probably have to be sounded by a mass movement to take our society back from forces so inhuman they foreclose the possibility of life itself.