A UN watchdog released a report on racism in the U.S. and we are not doing well

"When it comes to human rights, the United States must practice at home what it preaches abroad." 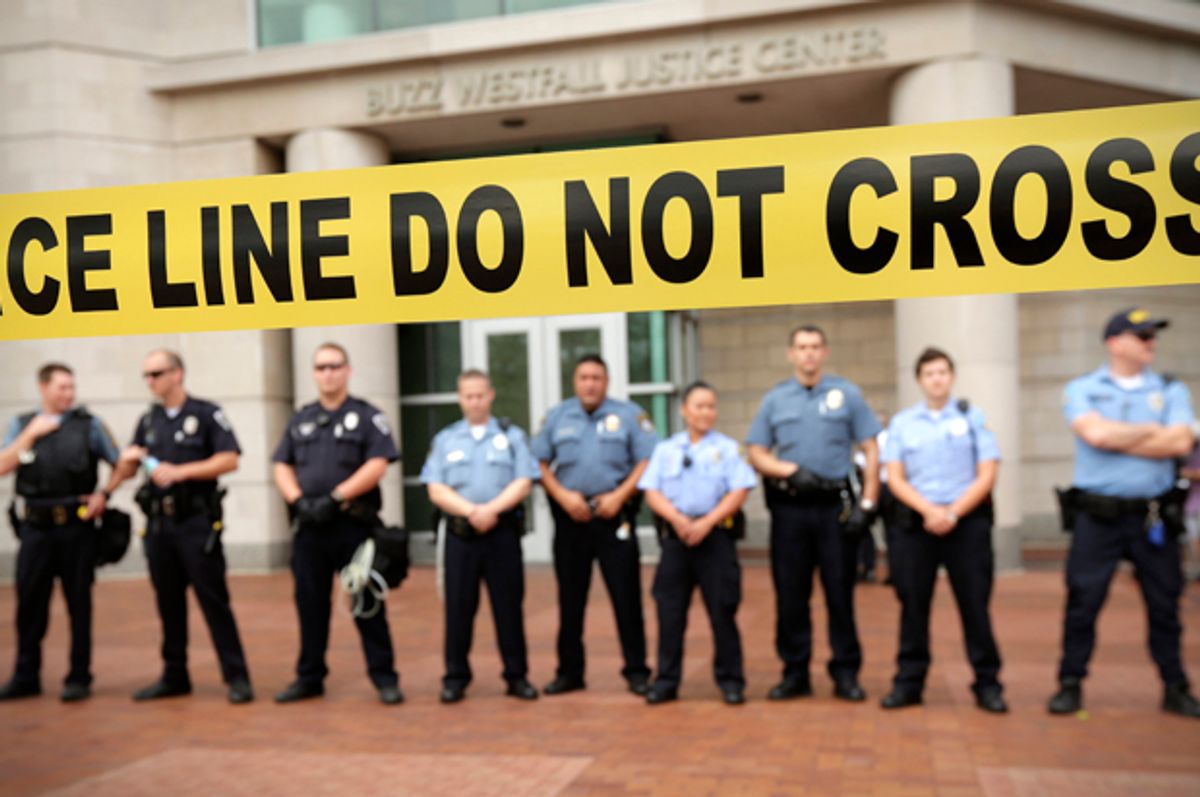 Police guard the entrance to the Buzz Westfall Justice Center in Clayton, Mo., Aug. 20, 2014, where a grand jury was expected to convene to consider possible charges against Darren Wilson. (AP/Charlie Riedel)
--

The United Nations' Committee on the Elimination of Racial Discrimination has recently concluded its 85th Session during which time it considered seven state reports, including one on the United States.

The report praised many progressive steps the U.S. has taken to ensure equality, including the termination of the National Security Entry-Exit Registration System, the adoption of the Fair Sentencing Act and the adoption of the Matthew Shepard and James Byrd, Jr. Hate Crimes Prevention Act.

However, the number of issues the report raises is pretty abominable. CERD expressed concern over the following problems:

In response to the UN's report, Jamil Dakwar of the American Civil Liberties Union (ACLU) said, "When it comes to human rights, the United States must practice at home what it preaches abroad."