Just what the Gulf of Mexico needs: Deepwater fracking slated to expand

It sounds like a bad idea because it probably is 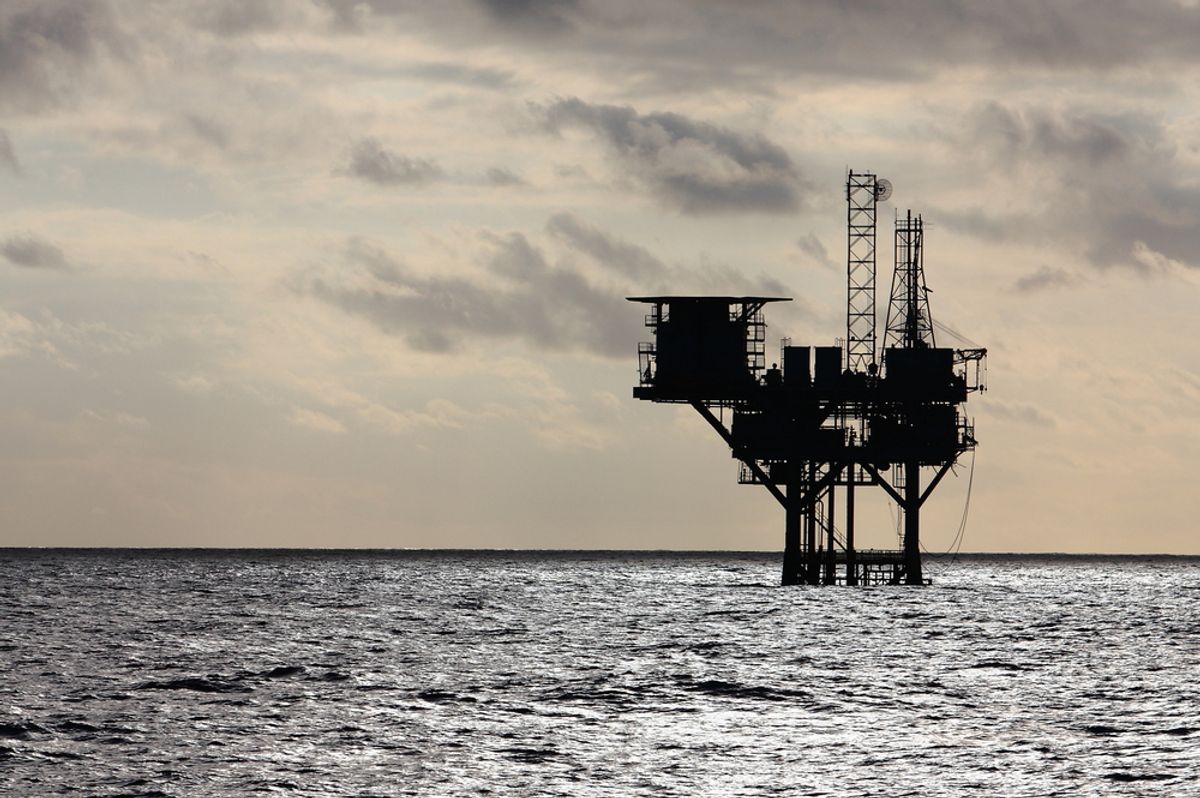 Hey, fossil fuel industry -- good news! The Gulf of Mexico's font of oil has yet to be fully tapped. (Just kidding, they're definitely aware of this already). Whereas production was once forecast to decline, it turns out there's still plenty to pump from its Lower Tertiary Basin -- a.k.a. “final frontier of oil exploration in the Gulf of Mexico" -- and we have a way of getting it: deepwater hydraulic fracturing, a.k.a. fracking. Heard of it?

The high-stakes, unconventional drilling method is already at play in the Gulf, and the possibilities are only growing. Writing at DeSmogBlog, Steve Horn calls out the extreme underplayed news that of the more than 400,000 acres off the Texas coast sold by the U.S. Bureau of Ocean Energy Management for gas and oil development, "most" bidders were focused on the Lower Tertiary. Horn calculates that about 54 percent of the total acreage is located there -- meaning the federal government's more or less opened the doors for the Gulf to become frack central. Already, one industry exec is predicting that fracking activity there will increase by more then 10 percent this year.

Like the land-based version, offshore fracking, which involves injecting a mixture of water and chemicals into the seafloor, is understood to be risky, and the risks poorly understood. In a recent Bloomberg investigation, an engineer at Halliburton, the world's leader in fracking, described deepwater drilling as "the most challenging, harshest environment that we’ll be working in." Even when things go right, Emily Jeffers, a staff attorney at the Center for Biological Diversity, explained to Salon, there don't seem to have been any studies of the process' potential environmental impacts (a representative for the Environmental Protection Agency confirmed as much to Bloomberg). And while drinking water contamination isn't the main concern here the way it is on land, the potential for air pollution, earthquakes and the general disruption to marine life from increased traffic and lighting are all cited as risks. Most importantly, there's the question of what happens to fracking's byproduct. Under the current, EPA-mandated system, wastewater is treated and then dumped back into the Gulf, "where dilution renders it harmless" -- but critics say more needs to be studied about its potential impact. It would help, too, if companies were required to disclose their "proprietary blends" of fracking chemicals. Said Miyoko Sakashita, oceans director at the Center for Biological Diversity, “nobody knows what they’ve been discharging and in what amounts.”

But the main concern, emphasized Jeffers, is the potential for a catastrophic blowout, which could cause a disaster of the type we've seen with conventional oil drilling -- only with the added bonus of those toxic chemicals polluting the water as well. In case you've forgotten, Grist points out that the Gulf has something of a history concerning unproven technology gone wrong, and of drilling companies being woefully unprepared to deal with the fallout.

So arguably, this kind of risk is not what the Gulf, still recovering from the 2010 Deepwater Horizon spill, needs. And, Horn adds, it's definitely not what the climate needs. The BOEM lauded the sale as "part of President Obama’s all-of-the-above energy strategy to continue to expand safe and responsible domestic energy production": and if "safe and responsible" sounds like a bit of an exaggeration given offshore fracking's risks, critics have long been calling out our climate-friendly president's all-of-the-above strategy as maddeningly hypocritical.