In a shocking video posted to YouTube, police tase and arrest a black man picking his kids up from preschool 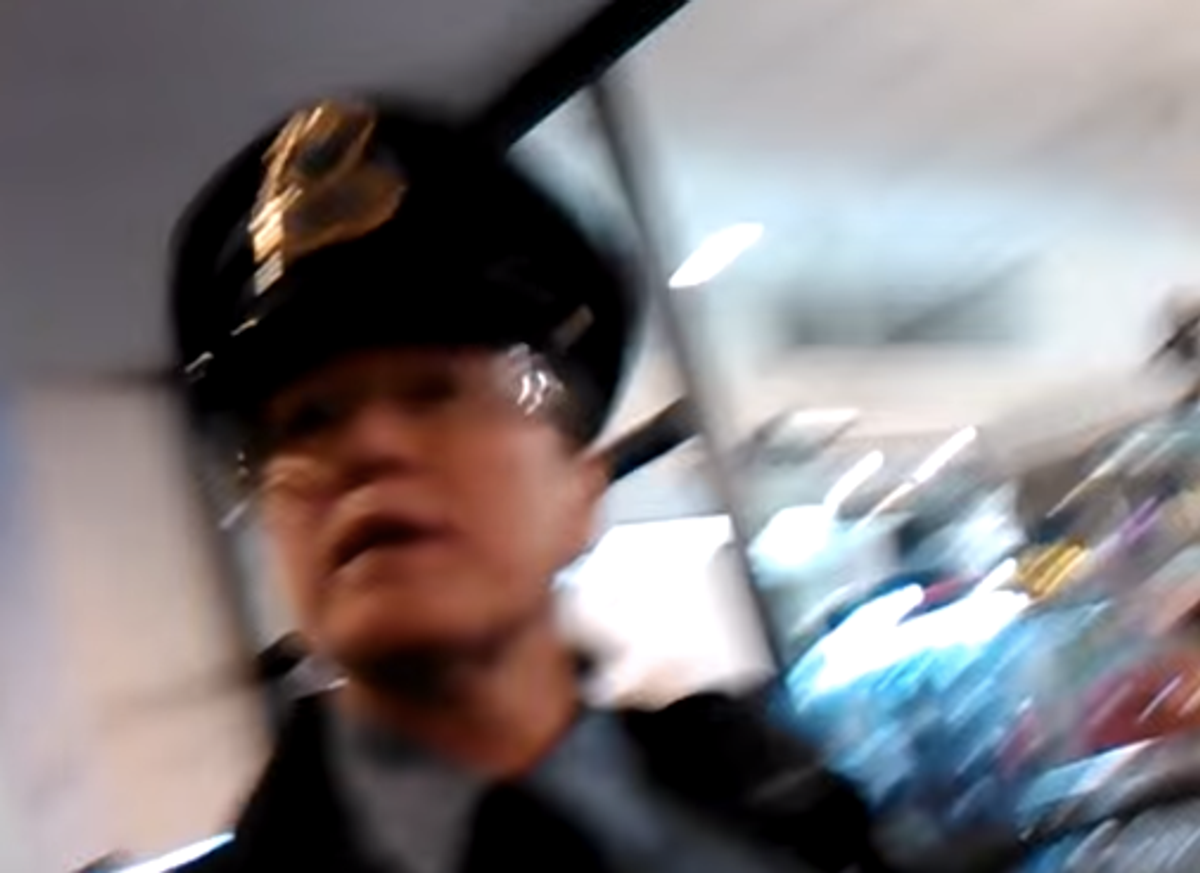 The latest in police misconduct was captured in a cellphone video that surfaced earlier this week. The video depicts a black man, identified as 28-year-old Christopher Lollie, sitting in a public space waiting to pick up his young children from New Horizon Academy in downtown St. Paul, Minnesota.

"I want to know who you are and what the problem was back there," a female cop says to Lollie at the start of the video.

"There is no problem, that's the thing," he replies.

"So talk to me and let me know who you are and you can be on your way."

Lollie explains to the officer that he has been sitting in a public area for 10 minutes and protests that he doesn't have to tell her his name because he had not broken any laws.

"The problem was --" the officer says.

"The problem is I'm black," Lollie interrupts. "It really is, because I'm not sitting there with a group of people. I'm sitting there by myself, not causing a problem."

A second officer then approaches the two and attempts to touch Lollie. "I've got to go get my kids," Lollie says, growing upset. "Please don't touch me."

"You're going to go to jail then," the second officer replies.

"I'm not your brother. Put your hands behind your back, otherwise it's going to get ugly."

Shortly thereafter, the phone gets knocked out of Lollie's hands as the cops cuff him. One can then hear the sound of a taser charging and Lollie's screams as the cops tase him.

The police report states that two officers, Michael Johnson and Bruce Schmidt, were called to the First National Bank Building "on a report of uncooperative male refusing to leave." The female officer has not yet been identified.

His children had been attending New Horizon for about 9 months at that time, he said, so many people at the school already knew who he was. Luckily, he said, his children weren't there to witness the incident since the children's mother still hadn't arrived. But Lollie's children's classmates and teacher all witnessed the event, he said.

"The teacher actually gave me a witness statement, stating that 'he was calm, he wasn't doing anything wrong, he was talking to them, and they just started assaulting him," he said.

Since then, Lollie said he fought the charges and because of the teacher's statement and the footage from the building's security cameras, all charges against him were dropped as of July 31.

Lollie said that he didn't want to post the video until the charges were dropped. "It hurts, it really does," he said. "Because no matter what -- I could be the nicest guy in the world, talk with respect, I can be working, taking care of my kids, doing everything the model citizen is supposed to do -- and I still get that type of treatment."

Warning: The video below could be upsetting to viewers.