Stephen Colbert blasts GOP for living "in a world of imagination"

"I, like Newt Gingrich, believe we can defeat ISIS with the power of make-believe” 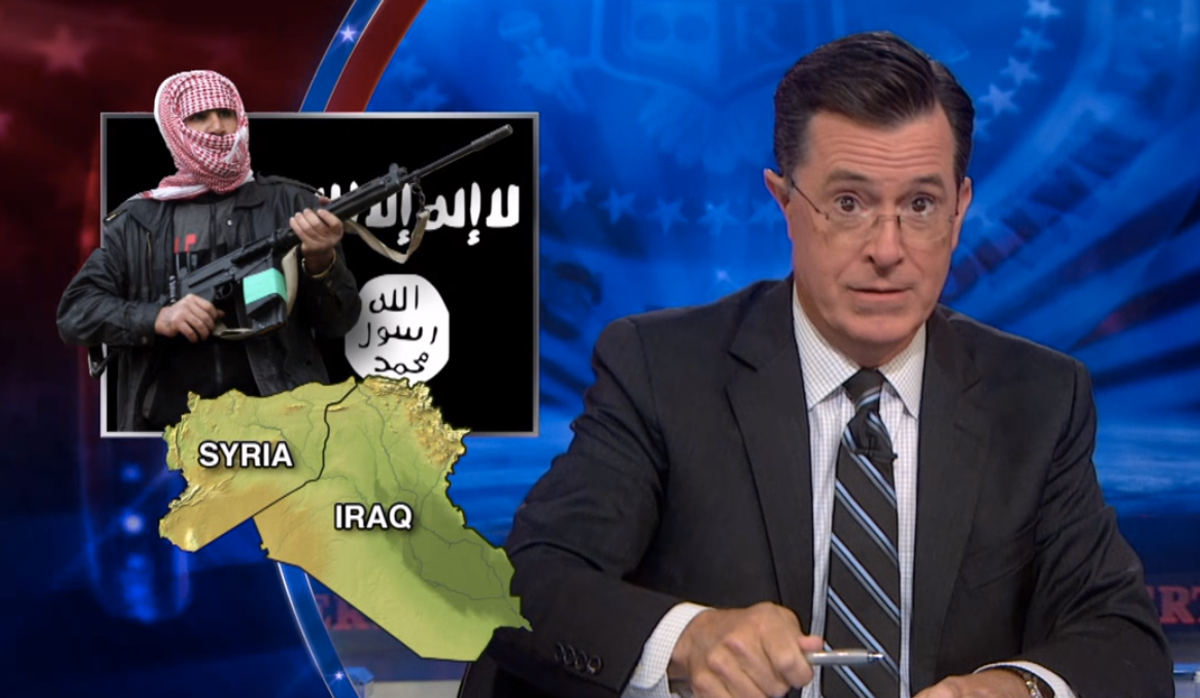 On Thursday's "The Colbert Report," host Stephen Colbert poked fun at the way the GOP is suggesting we take on Islamic extremist group ISIS, their own alternate reality.

A Fox News host has an odd idea: “Can I just make a special request from a magic lamp? Can we get, like, Netanyahu and Putin in for, like, 48 hours as head of the United States? I don’t know, you know, I just want somebody to get in here and get it done right.”

However, if we're playing make-believe, Colbert would rather play like Newt Gingrich.

“Yes, as long as we’re making shit up, as a conservative, my allegiance is to an ever greater imaginary leader — Ronald Reagan," Colbert states. "He is the one we should be pretending is stopping this crisis, and Newt Gingrich agrees. Yesterday, he posted a lengthy fake speech he imagines Reagan would give if he were still around.”

And then watch Colbert assume an Orson Welles character to bring back Reagan: