Two volcanoes are erupting right now: What you need to know 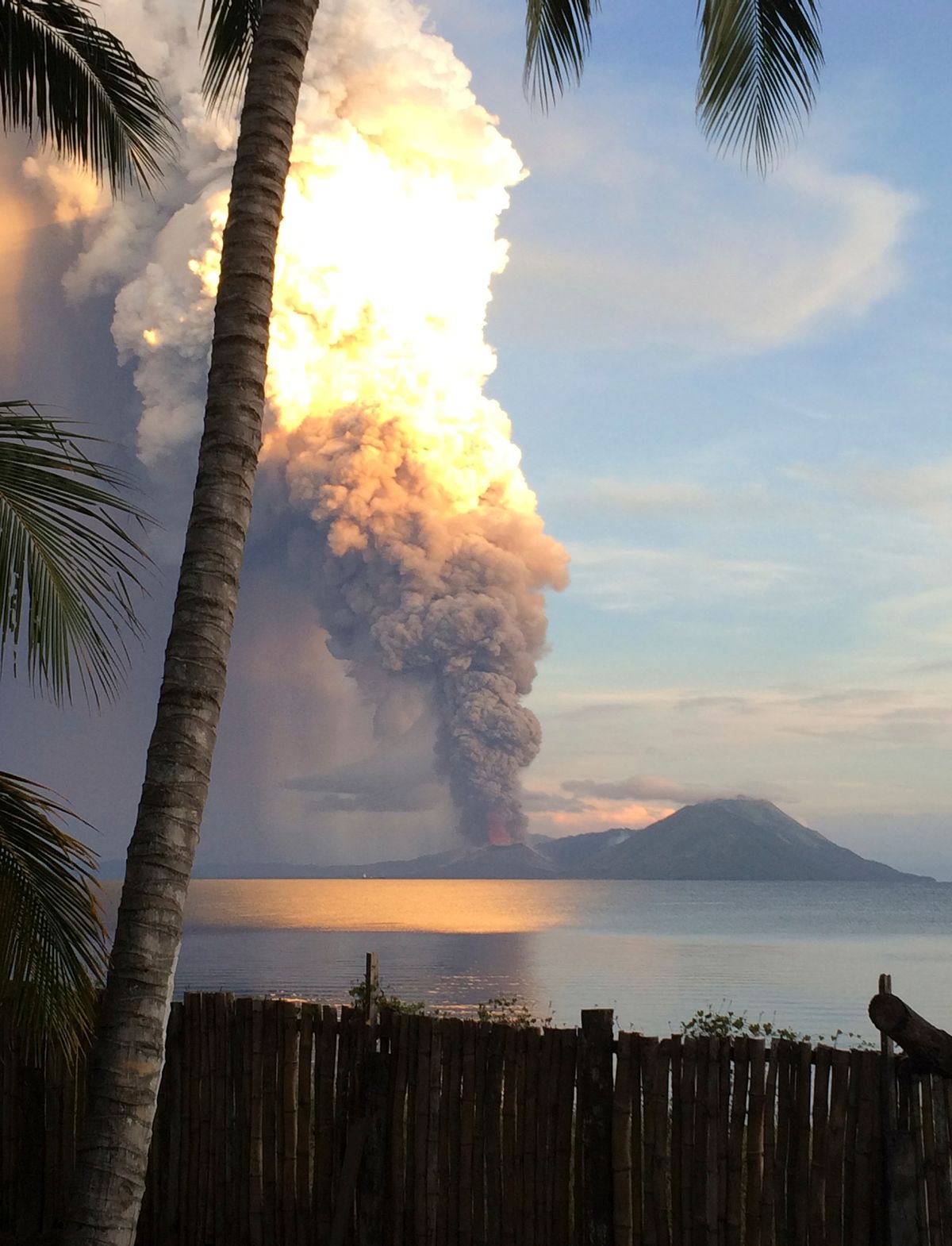 Good morning! As you're going about your pre-Labor Day Friday, not one but two volcanoes are in the process of erupting.

In Iceland, we have the long-anticipated Bárðarbunga eruption, which began Thursday night in the form of a "small fissure eruption" that sent lava -- but not ash -- to the surface.

So far, we're not looking at a $5 billion disruption to air travel of the type seen in 2010: After temporarily closing the airspace directly overhead, the Iceland Met Office this morning lowered its alert level from "red" to the less-urgent "orange," and all airports remain open.

Meanwhile, in Papua New Guinea, East New Britain Island's Mount Tavurvur, one of the region's most active, began spewing lava early Friday morning, sending smoke as high as 60,000 feet into the air, diverting flights, covering surrounding areas in half an inch of ash and making for some spectacular images:

While they do spew carbon dioxide in the air, volcanoes are actually a natural factor known to contribute to global cooling: ash combines with water and oxygen in the atmosphere to form aerosols, which then reflect sunlight. In Iceland, notes Mashable, magma may have come into contact with glacial ice: a phenomenon that could "enhance its explosiveness" and create a situation similar to what occurred in 1783, when the eruption of the country's Laki volcano lowered temperatures for some time in Europe and North America.  Even though major eruptions can cool things down by as much 0.4 degrees Celsius, however, the effect only lasts for about two years -- and while they can trick people into thinking that global warming isn't happening, they're by no means a long-term solution to the continued increase in Earth's temperature.