Will "The Simpsons" ever be good again? 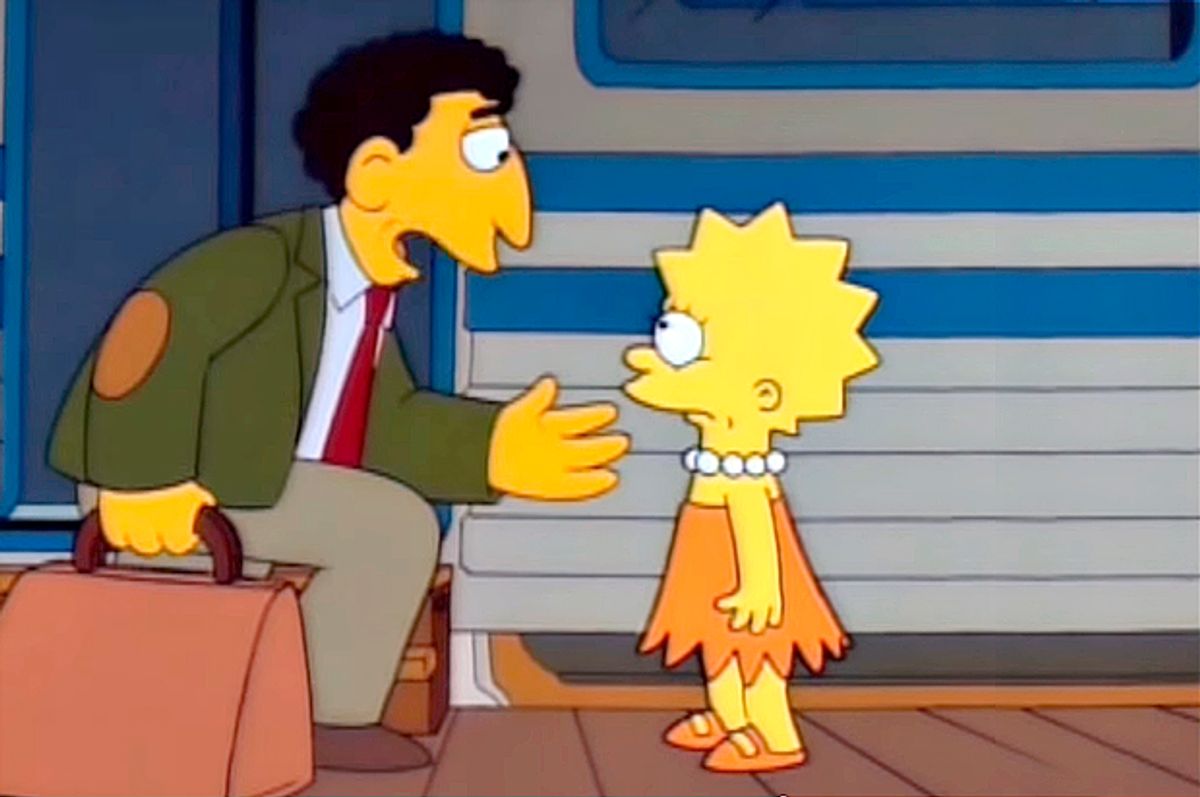 Remember when "The Simpsons" was good -- about a week ago?

The ongoing "Simpsons" marathon on FXX began with a bang, running through the unsteady early couple of seasons quickly, then getting to hit after hit after hit. It was like living through the 1990s on warp-speed. With its earthy frankness about family life, the challenges of growing up, and the socioeconomic squeeze the American family was undergoing, it was hard to believe that this "Simpsons" had ever been made at all, let alone that it's technically the same show that's wrapping up its marathon this weekend and still airs on Fox every Sunday night. If FXX had really wanted to build anticipation and interest for this marathon, they should have run the episodes in reverse order; it would have been an inspiring story of a show that was mediocre for 15 years or so, then suddenly got great.

The complaints about the contemporary "Simpsons" have all been made for years. Primarily, the show, around 2000 or so, abandoned its central conceit slowly, then all at once. The Simpson family's problems went from trying to stretch the family budget to having too many international vacations to go on or too many other shows to parody in calorie-free jokefests that had nothing to do with anything. The side characters who added color and interest to the show began to take over, with every member of the immediate family having run through every conceivable plot many times over. When episodes weren't devoted to trips to Brazil or the backstory of Duffman, the Simpsons themselves were warped almost beyond recognition on a whim (Homer became rageful; Marge's flitting through new fixations like bodybuilding came to look like some sort of personality disorder).

"The Simpsons" went awry for what seem like fairly obvious reasons; it ran out of stories to tell and yet had to keep going. But unlike other shows that had creative lulls and recovered late in their runs -- "30 Rock" and "Frasier" come to mind -- it's hard to imagine it recovering. The trend on TV has moved so far away from what, specifically, "The Simpsons" did well, when it did things well. To wit: the five-time Emmy winner for best comedy, "Modern Family," has placed its family in a world where any material thing is easily obtained. All its adults have lucrative jobs, or don't need to work at all. As for other consistently successful family series on the dial -- well, where are they, really? The only other show as big as "The Simpsons" is "Family Guy," whose nihilistic attitude and giddy unconcern with material reality "The Simpsons" has aped more and more, leading up to a crossover episode this fall. What is going to push "The Simpsons" to return to depicting the Simpsons as real people when the most successful live-action comedies don't bother?

It certainly won't be a push from the audience. Speaking anecdotally, it'd appear that the adult audience has largely left "The Simpsons" behind; its new episodes fail to make the sort of impact among what used to be its core audience than do far-lower-rated shows like "Girls" or "Louie." And speaking statistically, the show hit its all-time low among adult viewers last season. The teens tuning into Fox's comedy block, on the other hand, have no expectation that "The Simpsons" be anything more than a mélange of pop culture references tied together by an over-the-top, nearly villainous dad.

It's not "The Simpsons"' fault that it seems unlikely to change -- the world is far too hostile to its best elements, now, because everything else on TV learned the wrong lessons from the show's success. The Simpsons' lives were fanciful, and so now every show like "The Simpsons" is entirely outlandish. There was a note of sarcasm, and so as though to outdo it, scorched-earth bitterness became the order of the day. Lately, showrunners have been signaling that the show will come to an end soon, even disclosing that an episode that had aired was planned as a series finale. Time is running out. But, really, all the better -- it's time for "Simpsons" fans to accept that at a time when socioeconomic satire is needed more than ever, the entertainment industry is ill-equipped to provide it.

And it's time for something new on Fox. Perhaps the prime 8 p.m. Sunday night time slot can go to "Bob's Burgers," a much-lower-wattage series that has built a fanbase around its very real depictions of a marriage and a family in unglamorous surroundings. The family's somewhat challenging economic situation -- they all work together at a restaurant perpetually one emergency away from closing -- isn't the point of the show, and the emotions in play are far less overt than old "Simpsons'" open, at times gooey, sentiment. It may not be world-beatingly popular. But the expectations that come with mega-popularity, TV fans learned around 2000, can end up destroying a series.