7 mind-blowing scientific mysteries: Black holes, UFOs and the origins of everything

Scientific mysteries are a good thing. They fuel discovery and push us to continue questioning 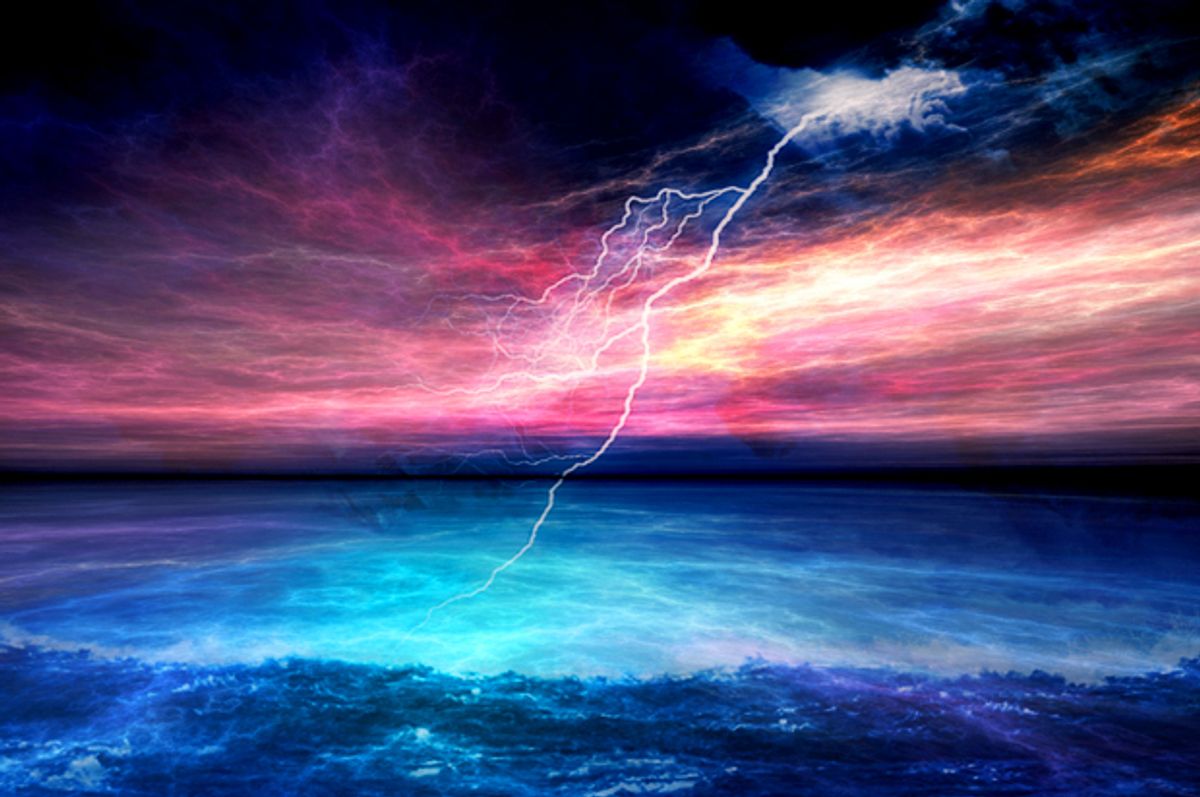 The point of science is to routinely test the boundaries of conventional wisdom, making incredible discoveries on the way. Thanks to the scientific process we know age of the Earth, have a cure for the plague, sent men to the moon and spacecraft into the far reaches of our solar system.

The most thrilling aspect of science, however, is what has yet to be discovered, and the process by which we test a never-ending stream of hypotheses. As Albert Einstein once said: "The process of scientific discovery is, in effect, a continual flight from wonder."

Mysteries are vexing, and sometimes deadly, but the process of continually searching for answers is what ultimately solves problems. We are far from understanding the worlds infinite mysteries -- from the wonders of our universe, to the mysteries of human genetics, to mystifying deadly diseases. Here are just a few of the unknowns humans -- especially scientists -- grapple with every day.

1) How did life originate?

We’re well aware that in our solar system, Earth is unique in its ability to support life. But where did the building blocks of organic life come from?

There are two main theories: The first is abiogenesis. In this theory, the antecedents to life — proteins and amino acids — sprung forth from a primordial soup. With some luck, and the proper conditions, this soup catalyzed the arrangement of amino acids into RNA, which were then able to transcribe DNA, the code of life.

Another theory is panspermia, which speculates that life did not originate on Earth at all. Rather it was brought here from somewhere else in the universe by some other interstellar object. Just for fun, here's comedian Louis C.K. making a case for panspermia:

Though there is evidence pointing in either direction, neither theory has been proven.

2) Birth of the universe

The big bang theory is the most widely accepted explanation for the birth of the universe, but it isn't the only theory out there to explain the expansion of our universe.

There are indeed several alternate theories, which Space.com has illustrated in a handy info-graphic. One is the steady-state theory, postulate that the universe's expansion is due to a never ending creation of matter, according to Space.com. However, a large body of evidence points away from this theory. The oscillating model is another theory, suggesting that the universe is stuck in never-ending loops of big bangs followed by big crunches, played out over the course of eternity. Meanwhile, the eternal inflation theory, according to Space.com, suggests that after the big bang "inflation [of the cosmos] never stopped, and has been going on for an infinite length of time." The eternal inflation theory would mean that even now universes are being created, as part of a complex multiverse.

Not only do we lack a definitive answer on how our universe was created, we don't even know if it is the only one out there.

"In the past decade an extraordinary claim has captivated cosmologists," explains George F.R. Ellis at Scientific American, "that the expanding universe we see around us is not the only one; that billions of other universes are out there, too." This is the multiverse theory.

Multiverse theory has many levels, some more widely accepted than others. Level one of this theory, which Ellis himself and "nearly all cosmologists" accept, states that there could be infinite universes that all operate within the same laws of physics. Other cosmologists speculate that different universes have not only different physics, but also different dimensions.

Neanderthals, another member of the Homo genus, which we, humans --  Homo sapiens -- lived around 200,000 years ago, but have since disappeared. It is unclear just when they became extinct, and scientists have yet to uncover why.

There are many theories behind the Neanderthals' mysterious disappearance. Before their extinction, Neanderthals lived in Europe and Asia, and there has been speculation that modern humans actually wiped them out when they moved into the same areas. Other theories, however, point to co-existence and even breeding between the two species.

A recent study, written up in the New York Times, states that in Europe, Neanderthals may have become extinct around 40,000 years ago. Previously, scientists thought that Neanderthals disappeared in Europe nearly 30,000 years ago. This time shift, it turns out, is actually significant, and affects theories on what happened to the Neanderthals.

The time shift demonstrates that Neanderthals may have had a patchy disappearance, rather than a mass extinction.

For ages, the potential of "intelligent life" outside of Earth has dazzled the imaginations of authors, TV producers, movie directors, artists and, of course, scientists. Sadly, we have yet to find or make contact with alien life in our universe. Scientists, however, are searching, to the displeasure of creationist Ken Ham.

Thus far, scientists have identified a slew of potentially life-providing planets. The three most Earth-like exo-planets are Gliese 832c, Gliese 667Cc and Kepler-62e, all of which have an Earth Similarity Index (ESI) of around 0.8 -- 0.81, 0.83, 0.84 respectively. (An identical twin of Earth would have an ESI of one.)

This means that each of these planets are in a habitable zone, which Space.com describes as "the just-right range of distances that could allow liquid water to exist on a world’s surface.”

There is also a fascinating Reddi AMA with a SETI institute researcher on this topic.

6) Can anything move faster than the speed of light?

In 1905 Albert Einstein published his famous theory of relativity. "Two important principles underpinned his theory," How Stuff Works explains. "The first stated that the same laws of physics apply equally in all constantly moving frames of reference. The second said that the speed of light -- about 186,000 miles per second (300,000 kilometers per second) -- is constant and independent of the observer's motion or the source of light."

As Dr. Harold G. White from NASA, paraphrased Einstein to the New York Times, “thou shalt not exceed the speed of light.”

However, Dr. White of the Johnson Space Center in Houston, Texas is trying to discover if "warp speed" -- only found in science fiction -- is physically possible. His research is spurred from a theory from, Miguel Alcubierre, who published a paper in 1994 postulating that -- without contradicting Einstein -- faster-than-the-speed-of-light could be possible.

However, there's a problem: “Routine travel among the stars is impossible without new discoveries regarding the fabric of space and time, or capability to manipulate it for our needs,” Neil deGrasse Tyson told the Times. “By my read, the idea of a functioning warp drive remains far-fetched, but the real take-away is that people are thinking about it — reminding us all that the urge to explore continues to run deep in our species.”

Physicist Stephen Hawking is known for being the foremost expert in black holes. As such, even he pokes holes in his own theories, in the quest to get closer to the truth.

Black holes are "a great amount of matter packed into a very small area - think of a star ten times more massive than the Sun squeezed into a sphere approximately the diameter of New York City," NASA explains. "The result is a gravitational field so strong that nothing, not even light, can escape."

The perplexing mystery of black holes? What happens to the matter and energy in a black hole?

Hawking theorized that radiation, or the glow that black holes emanate, known as Hawking radiation, would consume all information. However, this creates an "information paradox" because the matter cannot just disappear, according to the laws of physics.

Thus, the mystery still stands with physicists, including Hawking himself, working to learn more.