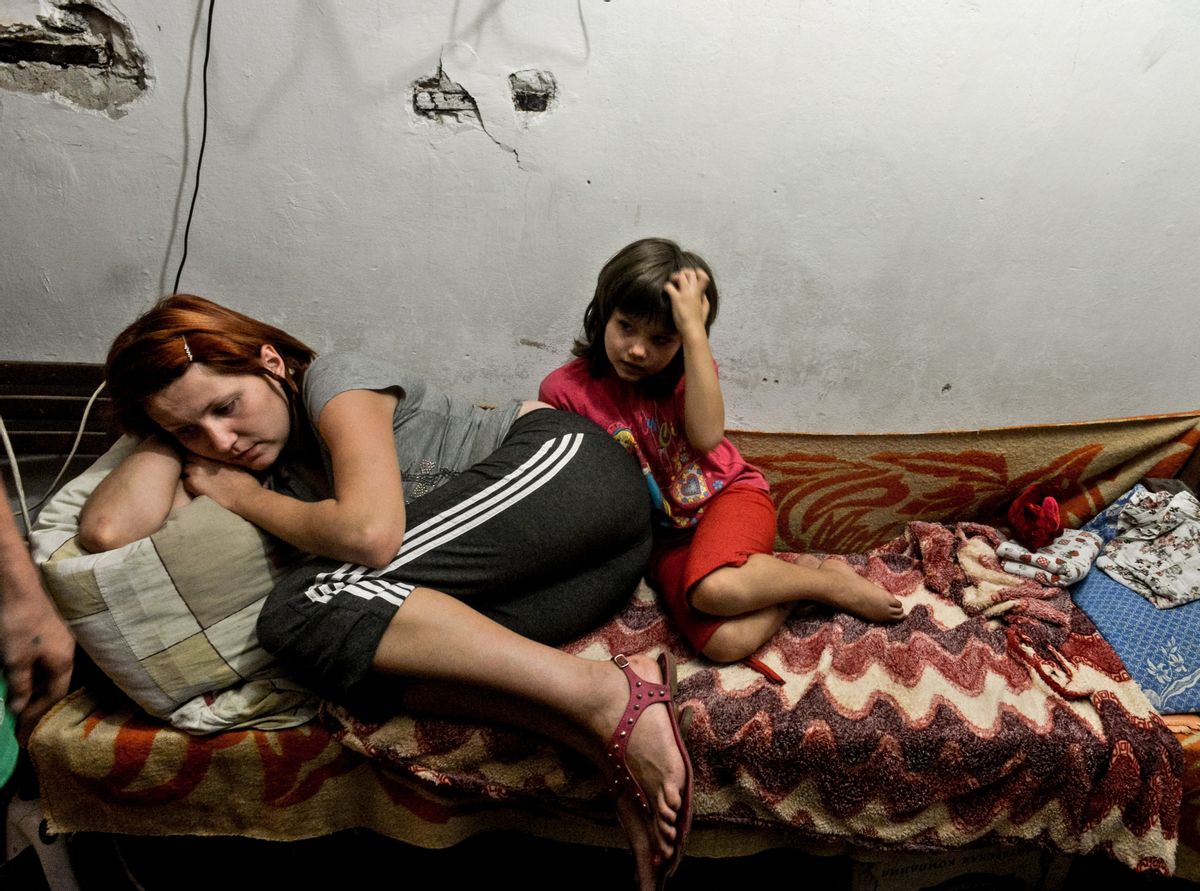 A mother and child lie on the bed in the bomb shelter in Petrovskiy district, in Donetsk, eastern Ukraine, Monday Sept. 1, 2014. The Petrovskiy district of Donetsk is currently a frontline and one of the districts which has suffered the most from the artillery fights between Ukrainian army and Pro-Pussian rebels. (AP Photo/Mstislav Chernov) (AP)
--

As peace talks get underway, The insurgents have softened their call for full independence from Ukraine, saying they would respect Ukraine's sovereignty in exchange for greater autonomy.

2. HOW BELIEFS MAY SHAPE VIEWS OF MICHAEL BROWN KILLING

Those who see no gray areas in the shooting of the 18-year-old black man may be influenced by "confirmation bias," in which people search for evidence to support preexisting views, psychologists say.

That's the message Jeffrey Fowle, an American detained in North Korea, wants to relay to his family in Ohio. Fowle and fellow detainees Mathew Miller and Kenneth Bae all ask for U.S. intercession.

6. WHAT ACTIONS US FAST FOOD WORKERS MIGHT TAKE THIS WEEK

In their push for a $15 minimum wage, the workers in 150 American cities could target McDonald's, Wendy's and other restaurants with sit-ins or other acts of civil disobedience.

7. WHERE US EATING HABITS ARE NOT IMPROVING

"We see the legalization of marijuana in Colorado and Washington as a wake-up call for all of us in highway safety," says Jonathan Adkins, executive director of Governors Highway Safety Association.

Some cybersecurity experts speculate hackers may have obtained a cache of private celebrity images of Oscar-winner Jennifer Lawrence and others by exploiting weaknesses in an online image-storing platform.