"I Am Adam Lanza's Mother" writer Liza Long: I'm not scared of my son anymore 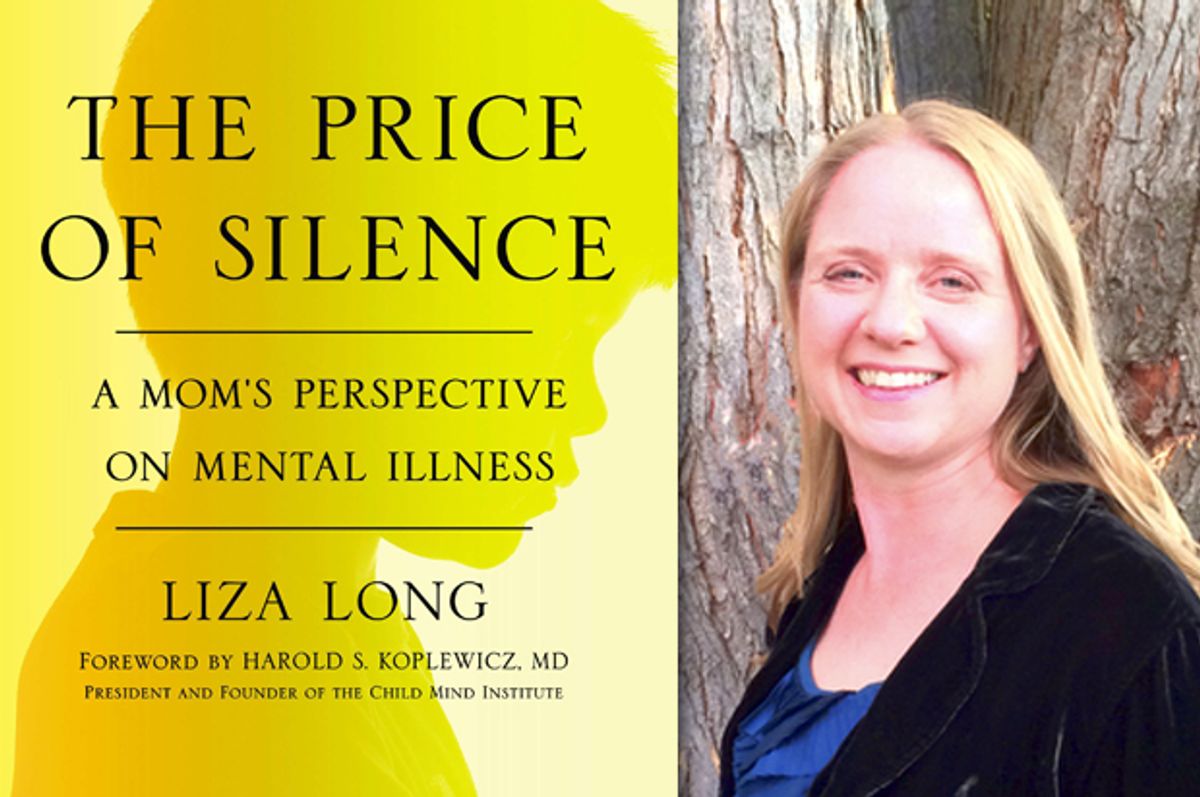 In December 2012, just after 20-year-old Adam Lanza gunned down 27 people, including his mother and children in Sandy Hook Elementary School, a grief-stricken woman named Liza Long came forward with the fear that her son might be capable of something similar. Her essay, first published anonymously, ended up on Gawker and the Huffington Post, where millions read it. At a time when Americans rushed to pass judgment on Lanza's parents, it helped us humanize a disturbed young man and his parents, and realize how ill-equipped our society is to handle mental health issues. But the essay also attracted controversy: Slate's Hanna Rosin argued that the essay, while giving Long fame, will continue to haunt and condemn her innocent child well into adulthood. He is not Adam Lanza, after all.

Just under two years later, Long has expanded on that essay in a book, undeterred in her quest to advocate for mental health reform. Her new book, "The Price of Silence: A Mom’s Perspective on Mental Illness," focuses on a broken system that deals with the mentally ill either by ignoring them or, worse, by imprisoning them. Suicide, she wants people to understand, "is not a choice." It's "a consequence of mental illness."

In an interview with Salon regarding her book, her advocacy work and the original essay that started it all, Long admitted that she should have posted the essay anonymously. She also let us know that since the essay's publication, her son has been diagnosed, and has not had a single episode. Read the full conversation below.

How have you and your son’s lives changed since you wrote that essay?

I do a lot more of this mental health advocacy than I used to, for starters. In terms of day to day, our lives really haven't changed much at all. But in terms of the bigger picture ... on Monday, I was at Washington, D.C., meeting with other advocates, with legislative directors, from congresspeople trying to solve our mental health crisis. To have that opportunity to really change this broken system is just amazing to me. I guess I just feel profoundly grateful.

What's broken, and what reforms would you like to see?

For example, something happened yesterday that I think clearly illustrates the brokenness of the system. We have an instructor at our college who changed a class with us last night. His wife had a mental health crisis. He tried to get her into the hospital but because she hasn't actually attempted suicide, the hospital wouldn't take her. She has schizophrenia. She can get no help, no support. She doesn't have health insurance because she's a part-time instructor. And not even access to services, let alone the other ways people can get help. So what happens in our current system is that people are essentially sent to jail just because they have a mental illness. This happens with kids, it happens with adults.

Another thing your book tries to do is to battle the stigma inherent with mental illness. But while trying to address that stigma, there's almost another stigma born of the fear that mental illness will always lead to tragedy. How would you address that?

I would reject that premise. I don't think that mental illness has to lead to tragedy at all. In fact, in my own situation with my son, the very best thing that happened out of that blog post was that one of the foremost experts in bipolar disorder reached out to me and found me and said, “Your son is bipolar.” We never considered that diagnosis before and we had been through a ouija board of diagnoses. It started in the autism spectrum. And it just made so much sense. My son had to return to the hospital, he had a manic episode. He was diagnosed with bipolar 1, he was put on lithium, and that was May 2013. He’s had no threats of harm to himself or others since that time. No threats. He has not threatened himself. He has not threatened other people since May 2013 when he was treated for bipolar disorder.

But the frustration for me is that my situation mirrors so many other people's ... I'm a pretty educated women, so if I have problem getting help for my kids, what's it like if you're poor? That's a whole separate issue. To me, really, this is such a social justice issue. It's a civil rights issue. It's one of the biggest issues that affects our entire society because of all the lost productivity and the lost lives.

If we took the phrase “mental illness” and substituted “cancer,” most of what we say would be unacceptable. Death by suicide is not a choice, it’s a consequence of mental illness. That’s what it is.

It was clear from your original essay that you were scared by what your son might do. Is that still a concern?

No, I'm not. I'm really not scared and it's such an amazing place to be because at that time of my life when I wrote that essay, I was pretty much in constant fear. The only time I felt safe and I felt my other children were safe was when my son was either in the hospital or in jail. And he had been in juvenile detention four times when he was 13. By the way, that's not for any other crime. That's for behavioral symptoms. He's not a criminal, he has behavioral symptoms of an illness. He's a sweetheart. He's great.

I heard an interview and I was blown away with how articulate he was — so self-aware and self-possessed. He seemed to be very aware of the media attention that your story has gotten. How has this affected him? Are you worried the exposure would change him?

Of course I worry. I think any mom would be worried. One thing that I really tried to stress when I wrote the blog post, I did not consult my son. I didn't. I have thought very hard about whether I would have done that again had I been aware of the consequences. But you know as well as I know that you can never enter the pit of viral event. It's not something you can plan or anticipate. So I think that original story connected with people so much because it really was my moment of intense vulnerability. People who know me know that when I wrote the words “I am Adam Lanza's mother,” I was writing that just really to my own community because I was the mom who was on the PTA, sits on boards and has the cool college job and all this stuff, and people didn't know. People just didn't know because we lived in isolation and fear.

I have to admit that we don't even have a television. I've been on CNN and I’m the mom, unfortunately, that they’ll call to comment on a school shooting and it's very unfortunate but it does give me a chance to talk about mental illness and the need for better service and earlier intervention. But I've never seen myself on TV. And it's not like we go to the grocery story and people are like “Oh, you're that mom,” or “Oh, you’re that kid.” Nobody knows it.

I assumed he's read the essay?

Oh yeah. He read it.

We have incredibly frank conversations about the issues all the time. My entire family does. We're very frank about mental illness. We're very honest about how we all feel about it and with each other. I think maybe to the point that sometimes outsiders might not understand, but because that's what we live with. It's not just in my house that we sweep under a rug, it's not like you can stage a violent episode where the police are called and not talk about that. Does that make sense? The whole family needs to process that. It's not like he doesn't know we've been afraid of him. Of course he knows that we’ve been afraid of him.

But what about the fear that he’ll be traumatized by that essay and will always see himself as scary?

He had a powerful comment the other day. We were talking about this exact issue with his other siblings. It's a whole family problem, for sure. That's something you have to look at with your other kids and the whole family system. Any instability will affect the whole family, right? But he said something really insightful the other day when we were talking about it. He said, “If you guys were scared, how scared do you think I was? I was so much more scared than you.” And I thought that was really, really insightful because ... he's just the most delightful child. He's just delightful but when he's in that space, he's not him.

People who don't understand this issue might think that mental illness leads to violence.

Speaking about it is a very hard thing to do.

If I had been aware of the ramifications, I don’t think I would have done it. Because people have said to me, “Oh you're so brave.” I promise you I'm not so brave. I'm not that at all. I was so helpless. That's what it was.

If you could write that essay again, would you do it anonymously -- if you had any idea it'd have go viral?

I wouldn't have put my name on it. I would've kept it anonymous. But I honestly think that what happened in the larger scheme of things was good for mental illness. People are more open to talking about it.

The frustration for me is that we're approaching two years after Newtown and what's different? What's different? We actually don't have that coordination of care we were talking about. We don't have access to mental healthcare services. It's really not any better. So at this point I think, yeah, it's great we can finally talk about it, but it's time to talk about solutions.