On Disaster Preparedness Day, the Japanese government urges citizens to stock up 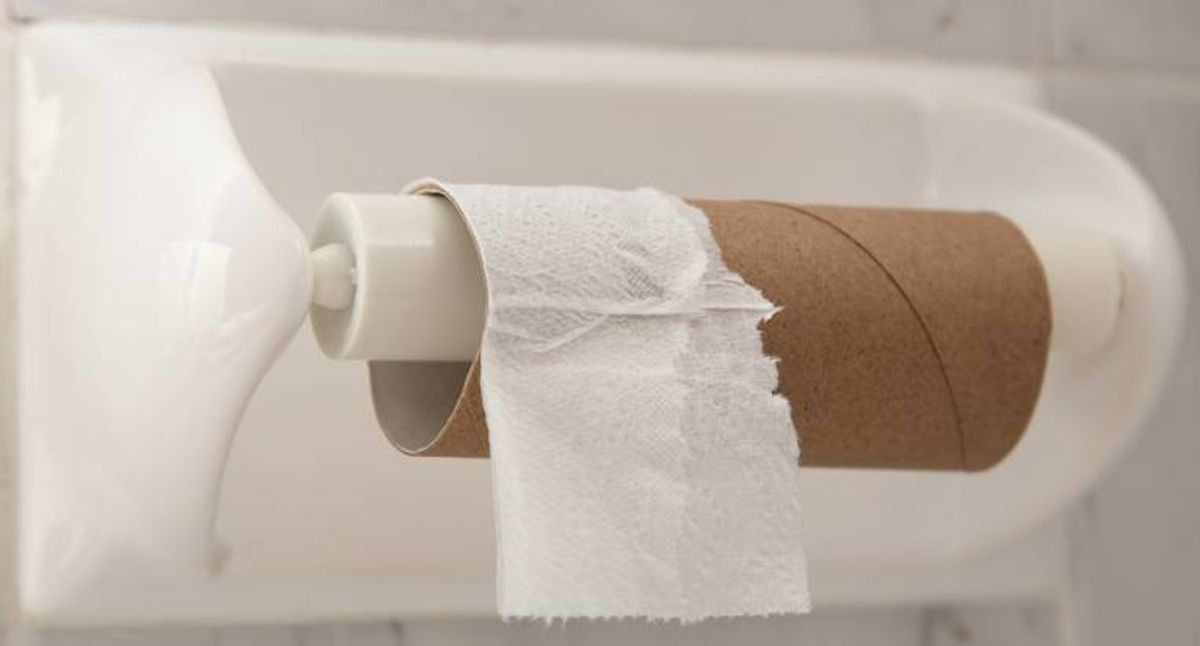 Urban and rural planners, here is something to avoid: manufacturing the majority of a vital product in an area that could easily be destroyed by natural disaster. Take a lesson from Japan, which launched a campaign this Monday to urge citizens to stockpile toilet paper because nearly half of it is produced in one of the most earthquake-prone regions in the country.

"After running out of toilet paper, people start using tissue, and that could clog up precious workable toilets," said Toshiyuki Hashimoto, a ministry official in charge of paper products. Hashimoto stressed that there could be a massive shortage when the Tokai earthquake hits. The Tokai earthquakes occur every 100 to 150 years, and the Earthquake Research Institute at the University of Tokyo has predicted that there is a strong chance that a major quake will strike Tokyo by 2016.

As part of the campaign, makers are offering a tightly rolled, 150-meter- (490-foot-) long, single-layer toilet paper that lasts more than twice as long as a regular roll.

A family of four should be able to survive for a month on a six-roll pack, priced at 460 yen ($4.40) and with a five-year expiration date, said Satoshi Kurosaki, chairman of the Japan Household Paper Industry Association.

Government and industry officials said 41 percent of the country's toilet paper supply comes from Shizuoka prefecture in central Japan, where experts say there is a higher than 80 percent chance of a major offshore quake in the next 30 years.

Officials warned of a nationwide toilet paper shortage for about a month in such a disaster, based on lessons learned from the deadly March 2011 earthquake and tsunami in northern Japan.

Nine months after that disaster, toilet paper was added to a list of recommended items that included food, water, portable toilets and a first-aid kit, under the government's Basic Disaster Management Plan.

Officials stress that people usually think of food and water when preparing for a potential emergency, and often neglect other vital products. In fact, toilet paper was one of the first items to sell out during the March earthquake.

The warning comes on national Disaster Preparedness Day, which takes place every year on Sept. 1, the anniversary of the 1923 Kanto earthquake that killed more than 140,000 people in Japan's capital.