Confessions of a recovering Libertarian: How I escaped a world of Ron Paul hero worship

In the right hands, libertarianism could be a middle-of-the-road philosophy. Instead, here's what turned me away 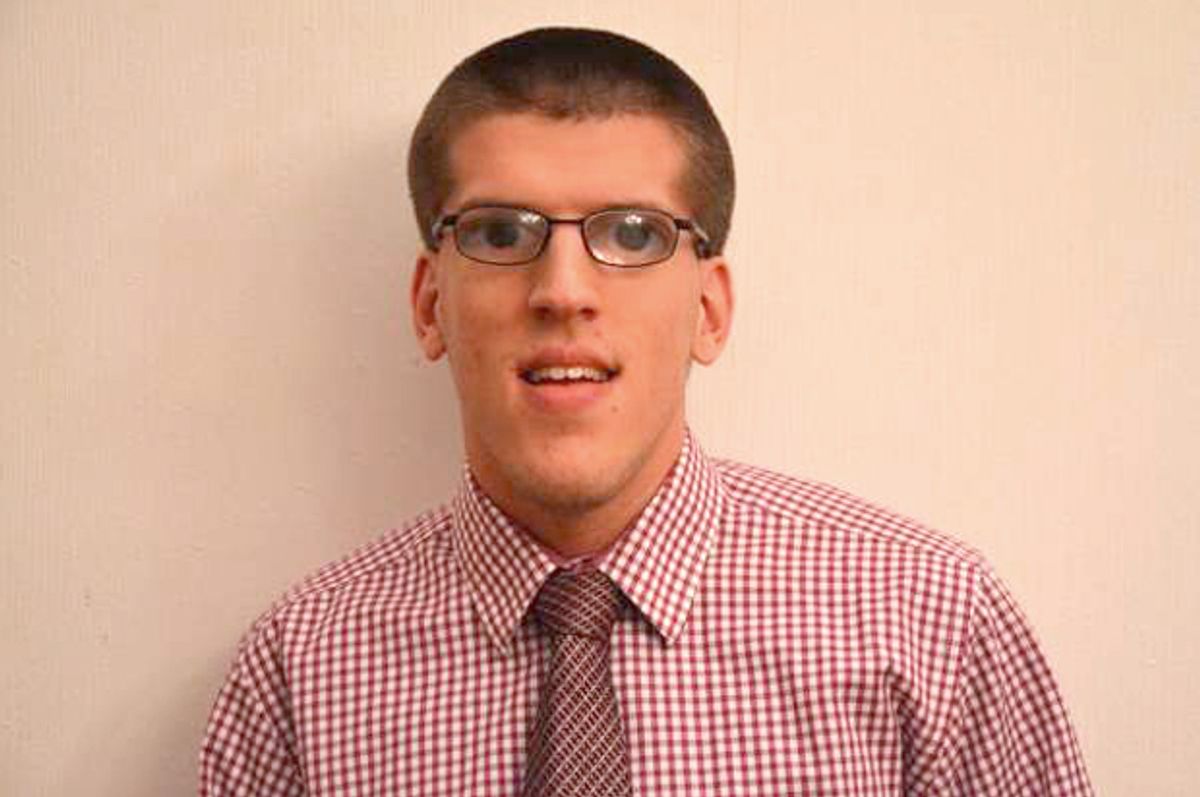 When I was 15, I was that kid people wanted to punch in the face. I sent emails to Wolf Blitzer and Glenn Beck asking them just how in the world they could’ve said the Libertarian Party was “fringe.” I booed when my classmate mentioned the New Deal in a presentation on "The Great Gatsby."  When my Ron Paul 2008 sweat shirt went missing on a family vacation, I immediately implicated the CIA in the abduction.

I am not that kid anymore, which bodes well for the continued integrity of my facial structure. My views haven’t changed as much as you might expect; I maintain that centralized government power, whether in the economic or social sphere, results in corruption and abuse more often than not. But when people ask me where I stand ideologically, I cringe at the thought of responding with “freedom” or “limited government,” phrases that I once seemed destined to have tattooed on my forehead. Now, I’m more likely to stammer for a few seconds before coming up with something like, “Hey, uh, it’s pretty sunny out there today, no?”

People always told me that my staunch libertarianism would erode when I went to college and saw the world through a wider lens. I didn’t believe them, just like I didn’t believe their claims that Ron Paul would fall short of the presidency, but we know how that turned out. Contrary to how the story often goes, there was no professor, classmate or piece of reading that exhorted me toward neoconservatism or Marxism. Instead, it was consorting with my fellow libertarians that drove me away.

My realization of the libertarian tragedy began, as most tragedies do, with social media. I attended college in Washington, D.C., a place that may not appeal to libertarians as much as it does to mainstream partisans, but still has a fair number of freedom-minded folks who call it home.  When I was accepted for study, I connected with my school’s College Libertarians Facebook group. They were a tight-knit bunch, but they embraced my eagerness to join their ranks. Soon, my Facebook feed was filled with all kinds of Ayn Rand quotes and Gadsden flags. Posts like the one claiming that public schools, the very institutions that employed many of my family members, were “replete with agents of state-orchestrated indoctrination” (good job with the SAT words there, guys) were enough to keep me from ever showing up to a College Libertarians meeting.

Still, a few crazy Facebookers weren’t going to douse my political aspirations. I made my way through a revolving door of internships on Capitol Hill and at nonprofits. It was in a congressional office that I became acutely aware of a group of people I call “Discipauls,” and learned just how troublesome they could be. I want to be clear that a mere Ron Paul supporter is often completely different from a Discipaul. Plenty of people are sympathetic to the anti-establishment former congressman, and with good reason, but few of them reach the Discipauls’ level of kookery. The Discipauls could not go a day without bringing their faxes and phone calls to the interns’ attention. Their messages of “Hey, vote for this bill because Ron Paul supports it!” or “All of the presidential candidates not named Ron Paul are guilty of treason!” were relentless.

Sometimes, on rare days when internship-related drudgery hadn’t caused me to glaze over, I would challenge and debate the Discipauls (this was explicitly not to be part of my job description – oops). There was a consistent lack of constitutional literacy and current events knowledge emanating from their end of the phone line. One lady called me, practically out of breath over the fact that Obamacare would “mandate microchip implantation for all citizens.” When I asked her where she found this information, she referred me to a YouTube video called “666 Mark of the Beast.” The Discipauls’ approach toward gathering information seemed to be “if Ron or someone supporting him says something, take their word for it,” which, interestingly, is the exact opposite of what Paul himself preached about activism on the campaign trail.

One would think that the craziest Discipauls would be limited to the type of people who had nothing better to do but call their representative on weekday afternoons, but a surprising number of these people showed up in nonprofit offices and at professional networking events. Young and naive as I was, the dogmatism of these libertarians surprised me. One of the reasons I was drawn to the liberty movement in the first place was its purported aversion to dogma. Libertarians rejected the two major-party platforms that Americans are expected to conform to, and instead took the initiative to seek out a more obscure way of thinking. There is a long tradition of skepticism among libertarian thinkers, so it’s maddening to see this skepticism disappear when it comes to Ron Paul and his closest allies. The Discipauls engage in the same unquestioning hero worship that causes them to deride equally enthusiastic Barack Obama supporters as “zombies,” or the particularly vomit-inducing “sheeple.”

The high-school me viewed libertarianism as a middle-of-the-road philosophy. Those “What Are Your Political Views?” quizzes always placed me smack in the center of the left-right spectrum. My favorite libertarians always seemed to combine the best elements of conservatism and liberalism; I was concerned about the effects of deficit spending and inflation, but I was equally interested in gay rights and the many costs of war. This particular blend of ideology went down smoothly with many people I talked to, so it seemed to me then that it would only be a matter of time before libertarianism would take hold with the non-Guy-Fawkes-mask-wearing crowd.

Of course, libertarianism has not taken hold in any meaningful way, because it is not a middle-of-the-road philosophy at all. In the right hands, it could be, but its current practitioners are keeping it on the margins of political discourse. The two best descriptors that come to mind are “extreme” and “rigid.” Libertarians could build up quite a bit of goodwill with their fiscally conservative and socially liberal leanings, if they didn’t insist on leaning so damn far. Bullheaded, reductive platitudes like “taxation is theft” instantly alienate people who, say, are victims of actual theft.

Knee-jerk anti-government sentiment is not a viable political philosophy. It doesn’t work in theory, and is a disaster in practice, but it’s what libertarians have allowed their movement to become. The traditions of questioning authority and thinking rationally don’t apply when it comes to their own authority figures and policy prescriptions. Cost-benefit analysis can provide a much more nuanced argument than “all government is EVIL,” but it’s all too rare to see a libertarian making use of statistical diagnostics.

My recovery accelerated earlier this year, when I received an internship with the help of an organization whose very name would send most of this site’s readers into anaphylactic shock. I was already grappling with serious reservations about continuing my career in politics, but as a freshly graduated English major with a liberty-heavy résumé, I couldn’t afford to turn away from those who somehow found it wise to pay me money for my services.

Here I was surrounded by the type of people who wore suits to work daily, thrilled to one-up the business-casual dress code. My co-workers awoke in the mornings thinking about liberty, went to their offices and worked on liberty, took lunch breaks to talk about liberty, and then left work and volunteered at soup kitchens in the evenings. I’m just kidding about that last one; they went home and made Facebook posts about liberty, of course!

They were the most paranoid, humorless and obsessive people I’d ever been around -- the perfect example of the kinds of people hijacking what could be a reasonable philosophical movement. They would return to work on Mondays talking about the Super Freedom Voluntarist America conference they had all attended over the weekend. When I told them that I’d attended a Nationals game with some liberal friends instead, their faces looked as if I had made them eat live snails with smallpox sauce. It wasn’t terribly surprising behavior from people who felt that the whole world was against them, and didn’t own a book without the phrase “anarcho-capitalist” in it.

Of course, while wading through the sea of interns, I met a handful of exceptionally kind, open-minded and compassionate people, the type of people who reminded me why I used to be so proud to call myself a libertarian. These people were more than willing to listen to arguments and read books by those they disagreed with. They were far more concerned by the effects of drug laws on minority populations than they were by a couple of extra percentage points' worth of corporate taxes for big businesses. Most important, they were eager to take breaks from politics outside of work hours, knowing that if they spent a few hours watching movies or playing in bands, America wouldn’t turn into North Korea overnight.

The problem is that their movement has been largely co-opted by zealots and politicians who are doing it harm. I only hope that the rest of the libertarians learn that this brand of unrelenting, self-serious extremism isn’t helping their cause.

Dustin Petzold is a writer based in Washington, DC, and a graduate of George Washington University. To distract himself from the insane world of politics, he writes about the slightly less insane world of sports at Crooked Scoreboard. He may be reached at djpetzold@gmail.com, or @DustinPetzold on Twitter.