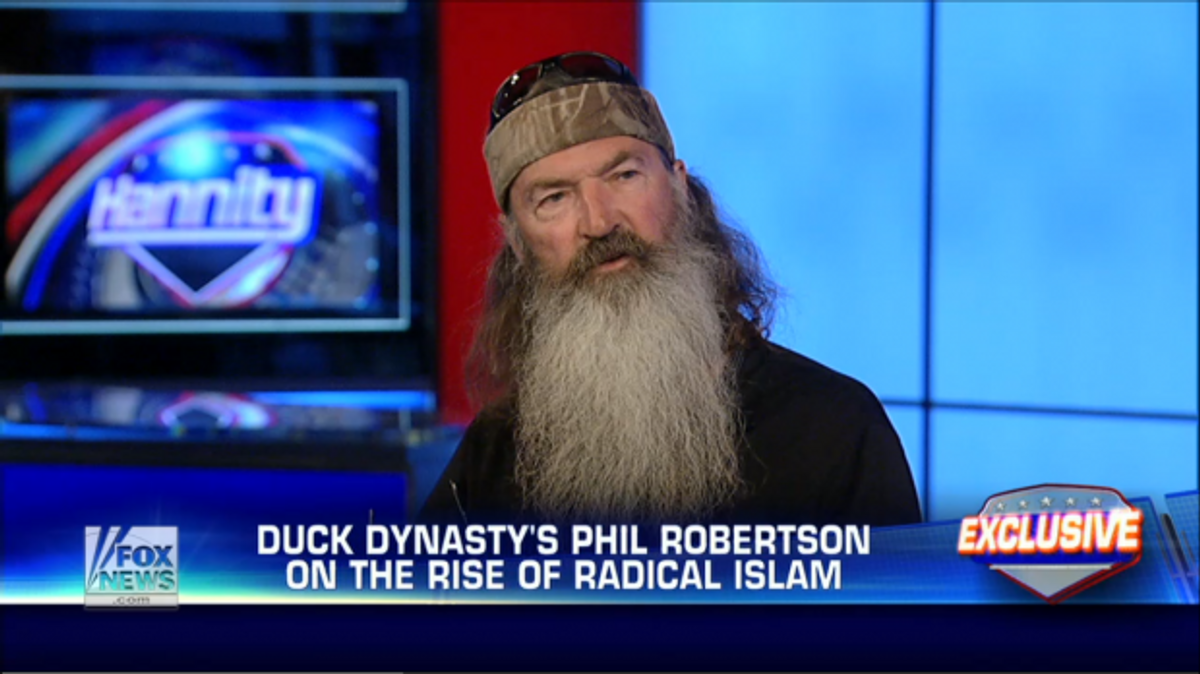 Having apparently embraced his new role as a full-fledged recipient of wingnut welfare, "Duck Dynasty" reality TV star and phony woodsman Phil Robertson appeared on Sean Hannity's Fox News show on Tuesday night in order to offer his solution to the chaos wrought in the Middle East by the Islamic extremist group ISIS.

"In this case, you either have to convert them, which I think would be next to impossible — I'm not giving up on them, but I'm just saying either convert them or kill them," Robertson explained to Hannity. "One or the other."

Robertson, who previously garnered national attention and criticism for hateful comments about LGBT people and racist comments about black Americans' lives under Jim Crow, went on to describe the members of ISIS as "street gangs, street thugs on steroids." The hardcore Christian went on to add that "we" (presumably the United States government) "have to deal with this group way more harshly than we have up to this point."

Flashing the kind of media savvy that has led some to call the wealthy businessman's self-presentation as a backcountry redneck a total fabrication, Robertson — who was on Hannity to promote his new book — predicted that his comments would get negative attention. "I know there are going to be people always looking to jump on you and say 'convert them or kill them,' and they're going to say 'there goes Phil Robertson again,'" Robertson complained.

"I know the media," he added while speaking to Hannity, a man who made his name through appearances on television and the radio, as well as by selling books. "I know how they act."

You can watch Robertson's performance on Hannity below, via Media Matters: