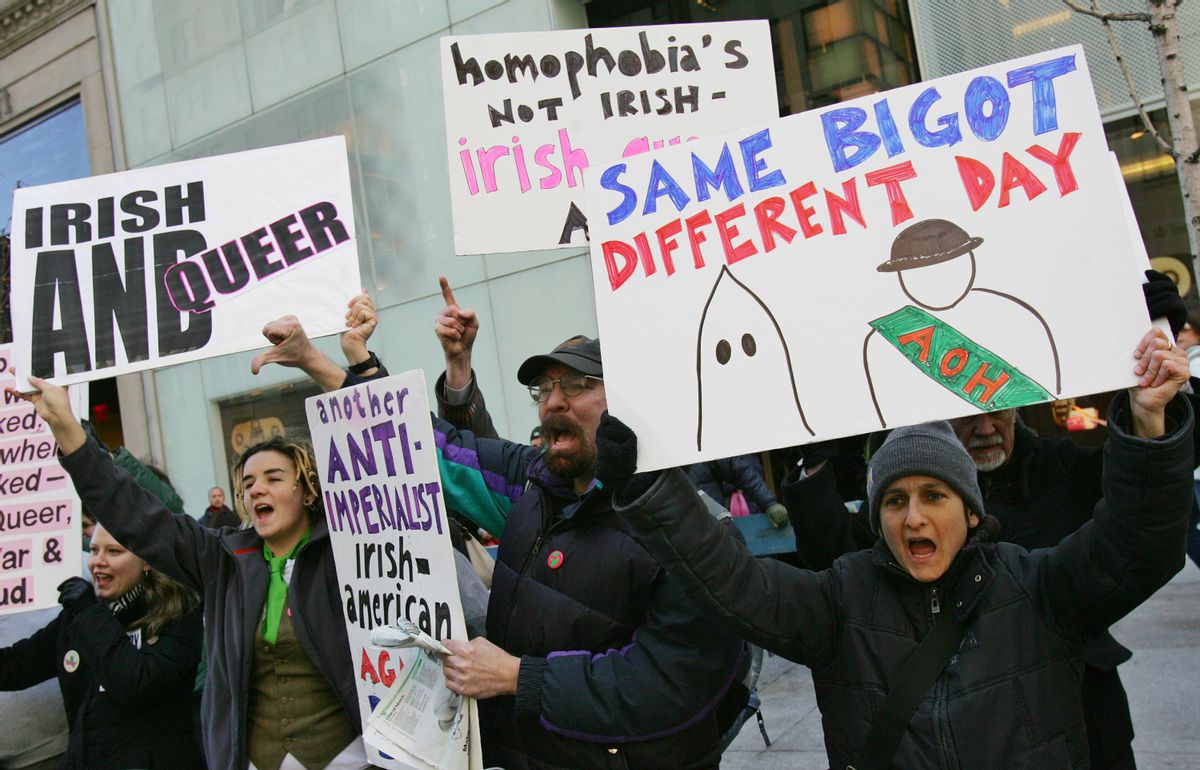 The New York City St. Patrick's Day Parade will officially welcome LGBT participants for the first time in 2015 -- even though the parade has hosted LGBT participants for several years. On Wednesday, parade organizers announced that they have decided to lift a ban on gay groups marching openly in the event, finally ending a policy that had elicited protests, boycotts and court battles for decades. The decision came as New York City Mayor Bill de Blasio threatened to boycott the parade, as he did on St. Patrick's Day 2014.

This is progress,” Mayor de Blasio said. “What I've called for for a long time is an inclusive parade. This is a city of inclusion.”

Parade spokesperson Bill O'Reilly said in a statement that in the future, any LGBT groups interested in marching in the parade will be free to apply, according to the Associated Press. For the time being, however, the first and only LGBT group to march under a banner down Fifth Avenue will be OUT@NBCUniversal, a support group for lesbian, gay, bisexual and transgender people backed by NBC Universal. The network, which broadcasts the event, reportedly put pressure on organizers to become more inclusive.

According to the statement, efforts to depoliticize the event with a ban on LGBT groups backfired:

Organizers have diligently worked to keep politics — of any kind — out of the parade in order to preserve it as a single and unified cultural event ... Paradoxically, that ended up politicizing the parade.

The organizers' decision reflects growing inclusion of LGBT people by the Catholic church, and is a far but welcome cry from the event's earlier years, when members of the gay community, in particular, were openly (and legally) excluded from marching in the parade. While organizers and supporters have noted that LGBT people have been free to march in the parade for years, their ability to organize openly under a public banner is a huge step that should not be understated. The parade's recognition of LGBT Irish-Americans and their families, friends and allies is another important, incremental win for visibility and equality.