Stephen Colbert on celebrity nude photo hack: "I mean this -- do not go look at these photos" 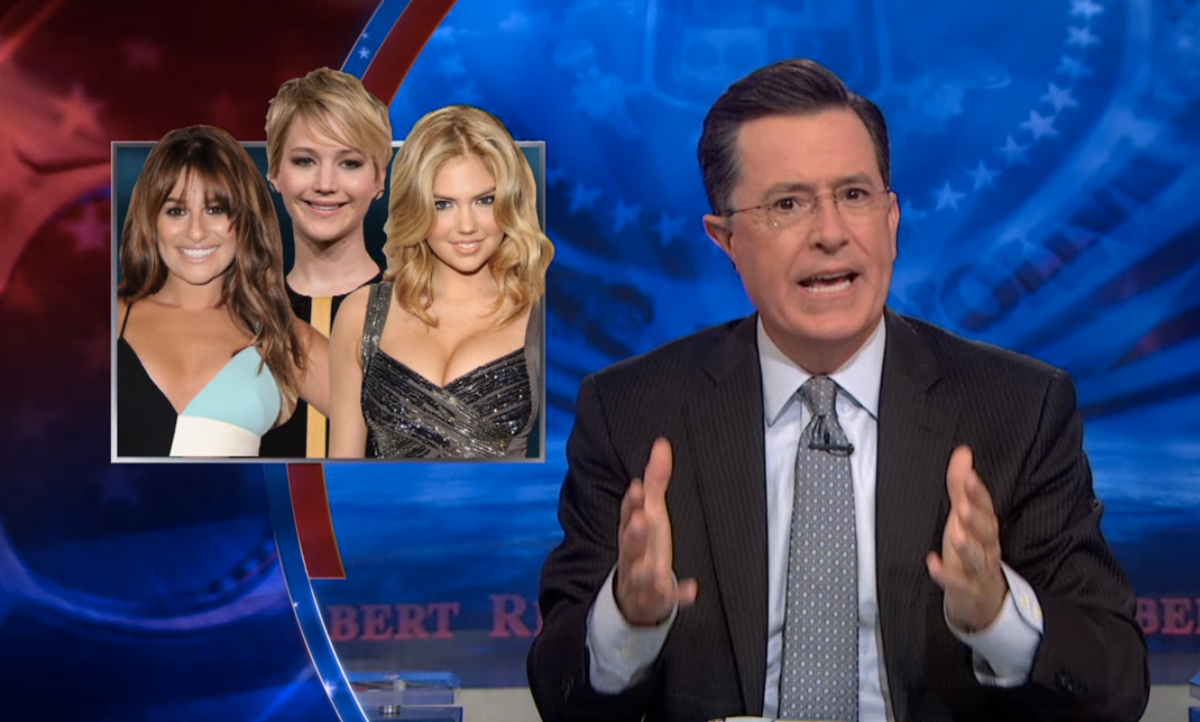 Last night Stephen Colbert addressed the "shocking invasion of boobistan": the stealing and disseminating of nude photos of celebrities including Jennifer Lawrence, Ariana Grande and around 100 others.

It is almost too soon to use this gross invasion of privacy -- this disgusting sexual commodification of women's bodies -- for comedy. However, Stephen Colbert did raise some excellent points.

Colbert subtly mocked people who said that the women's passwords must not have been strong enough, condemned the hacking of these photos, called for viewers not to look at the photos and mocked the Huffington Post's obsession with "side boob."

"Instead," Colbert said, "go look at at the side boob and nip-slips at HuffPost's actual 'SideBoob' page." Watch below: