Watch "After Tiller" while it's streaming this month 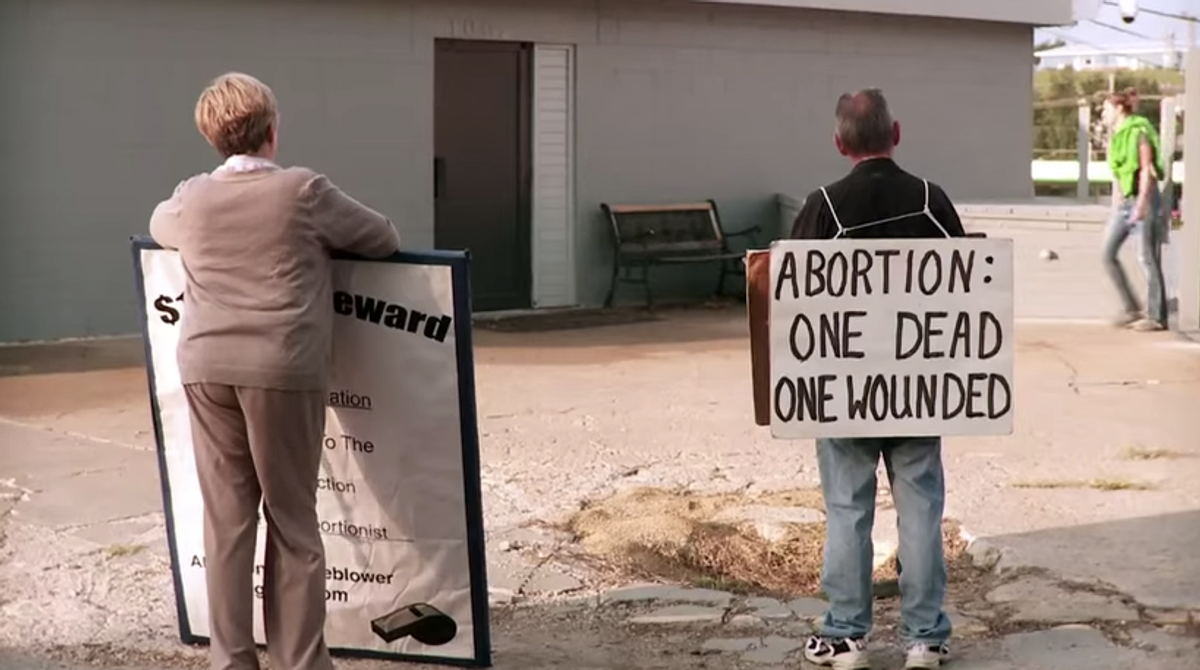 Protestors featured in "After Tiller"
--

In 2009, Dr. George Tiller was shot and killed by an antiabortion activist while attending church. Tiller was targeted for being one the last doctors to openly perform late-term abortions; in the aftermath of his assassination, just four other doctors remained to carry on his legacy.

Those providers were the subject of the heartbreaking documentary "After Tiller," which was released in select theaters across the country last year. Now, the film is available for streaming via PBS for the month of September, and it's worth a watch. As the healthcare providers and patients in the film show, the issue of third trimester abortions is complex, but "After Tiller" offers a much-needed nuanced take that reminds viewers of what's at stake in the fight for reproductive justice.

Watch a trailer for "After Tiller" below (then go watch the film itself at PBS):