The Department of Defense's "Take-a-Tank, Leave-a-Tank" program has done wonders for public safety 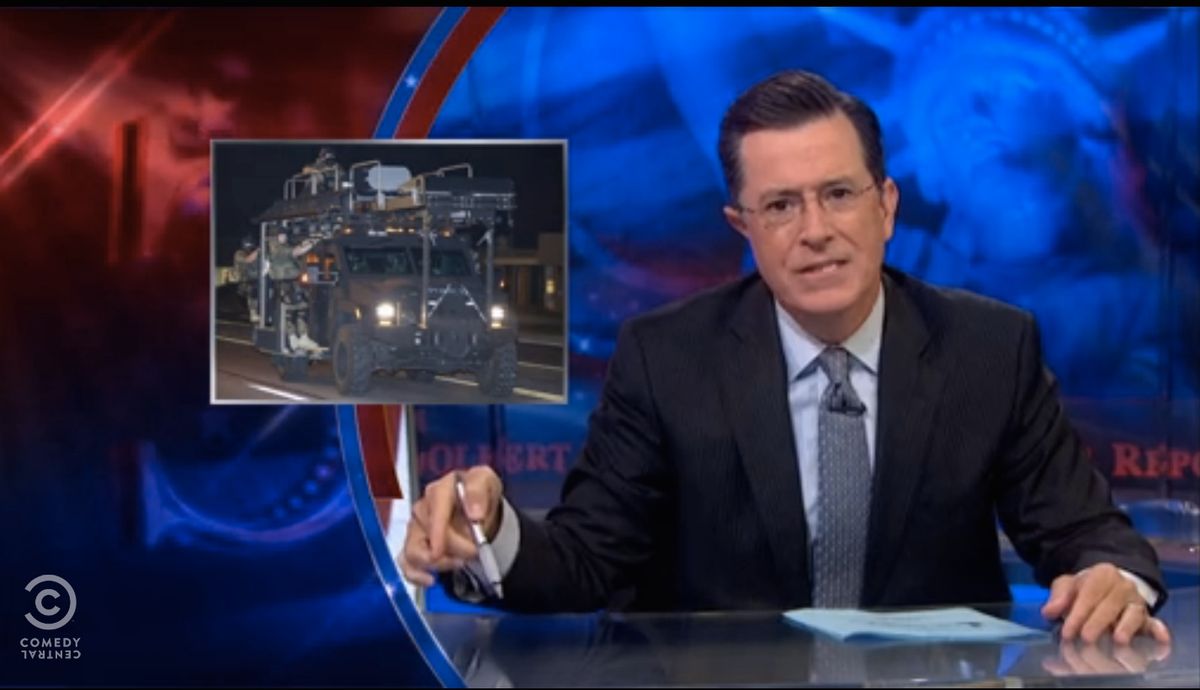 On Tuesday evening's "Colbert Report," host Stephen Colbert turned his attention to the militarization of U.S. police departments after noting that people don't feel secure anywhere anymore. The segment came in response to the unrest in Ferguson, Missouri, last month after unarmed black teenager Michael Brown was fatally shot numerous times by white cop Darren Wilson. The protests that followed were met with Ferguson and St. Louis County police forces in full riot gear, operating military vehicles and wielding tear gas canisters, leading some to compare the scene in Ferguson to one in a war zone.

"9/11 showed us just how vulnerable we are to violent attacks,” he continued. “That’s why today I live in a gated community with a fence no terrorist could possibly breach — unless they somehow acquire stool technology. So it’s no surprise that the same state-of-the-art security cameras that protect Times Square also protect Scott’s Bluff, Nebraska, population 15,039. Sorry al-Qaida, but the historic Lake Minatare Lighthouse will never stop shining. What's that? It's not a functional lighthouse? You win this round, bin Laden!"

Colbert then "praises" the Department of Defense Excess Property Program, which he describes as the DoD's "Take-a-Tank, Leave-a-Tank" program. "It has done wonders for little towns like Keene, New Hampshire, which obtained a surplus $286,000 BearCat armored vehicle, which they said is needed because the 'threat is far reaching and often unforeseen ... Keene currently hosts several large public functions to include ... an annual Pumpkin Festival.'"