Why Ali G should have stayed off TV

As "Ali G Rezurection" returns to the air, Sacha Baron Cohen's brand of subversion has ceased to pack a punch 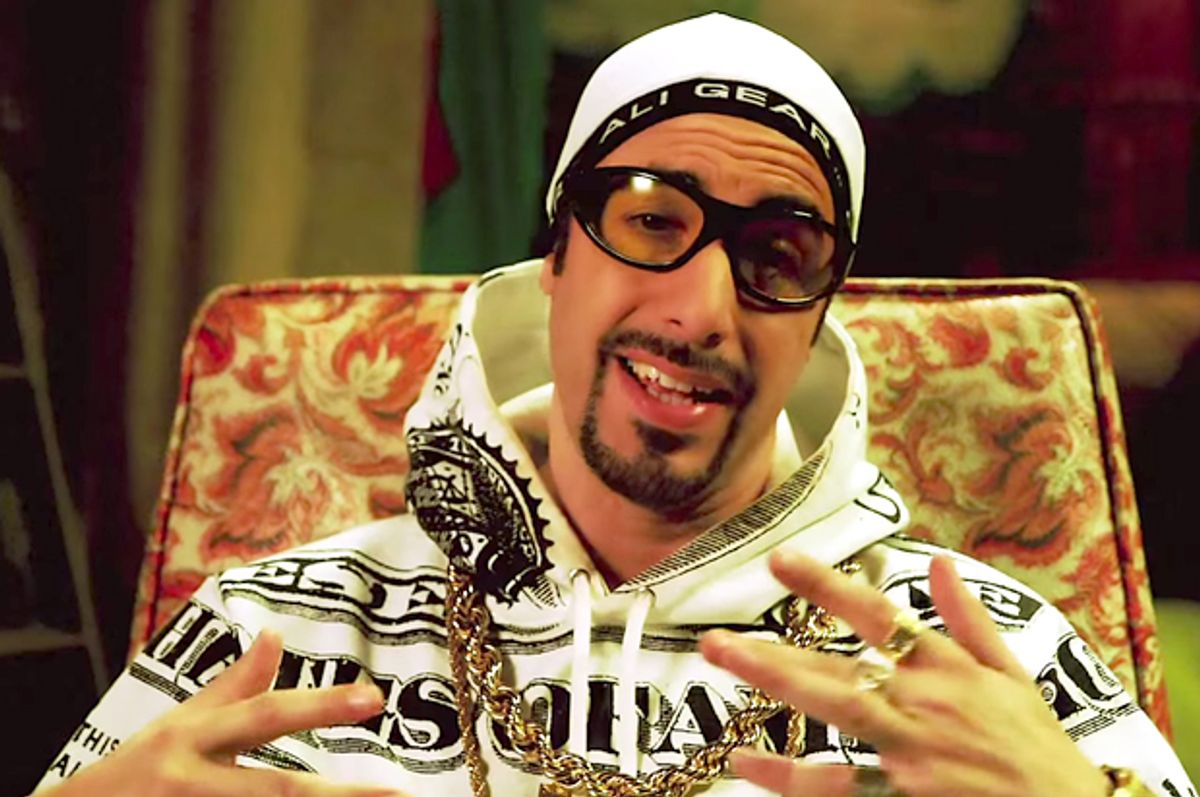 The cable TV story of the year has been FXX’s exploding ratings on the back of “The Simpsons,” the comedy that’s endlessly rewatchable thanks to the fact that its characters never age. “The word timeless is overused, but in this case it’s appropriate,” an FXX executive told the New York Times.

No matter how overused the word is, it’s impossible to imagine anyone applying it to the work of Sacha Baron Cohen, who broke out stateside some ten years ago; his Ali G character returns to TV with FXX’s “Ali G Rezurection" tonight. It will be a rebroadcast of the 2000-2004 British comedy “Da Ali G Show” with new in-character commentary from Baron Cohen, and it's an unwelcome blast from the past.

“Da Ali G Show” introduced the world to three characters. There was the titular British hip-hop fan and would-be rapper and talk-show host, the outrageous gay stereotype Bruno, and the Kazakh fish-out-of-water Borat. The last one was the real breakout stateside, and got Baron Cohen a nearly-universally-acclaimed movie in which Borat encountered real Americans and demonstrated just how backwards the U.S. can be.

It makes sense that FXX would want to bring back characters this successful, but Borat, and Bruno in particular, have not aged well. The world has changed a great deal in the ten years since the last episode aired; what once felt like cannily toying with stereotypes now just looks like nasty mockery of non-English-speakers and of gay people undertaken by a posh, successful Cantabrigian. A vicious spirit underpins Baron Cohen’s commitment to portraying, say, a lower-class Brit -- he does it well, but his comedy does exactly the opposite of speaking truth to power. And the skits oscillate between targeting whatever demographic group Baron Cohen is mocking to targeting unsuspecting people -- some of whom deserve to be exposed as rubes, some of whom were literally just in Baron Cohen’s way. Some sensibility issues are lost in translation: If a wealthy American comic devoted the amount of energy Baron Cohen has to portraying a member of society’s underclass, would we think it was as sharp?