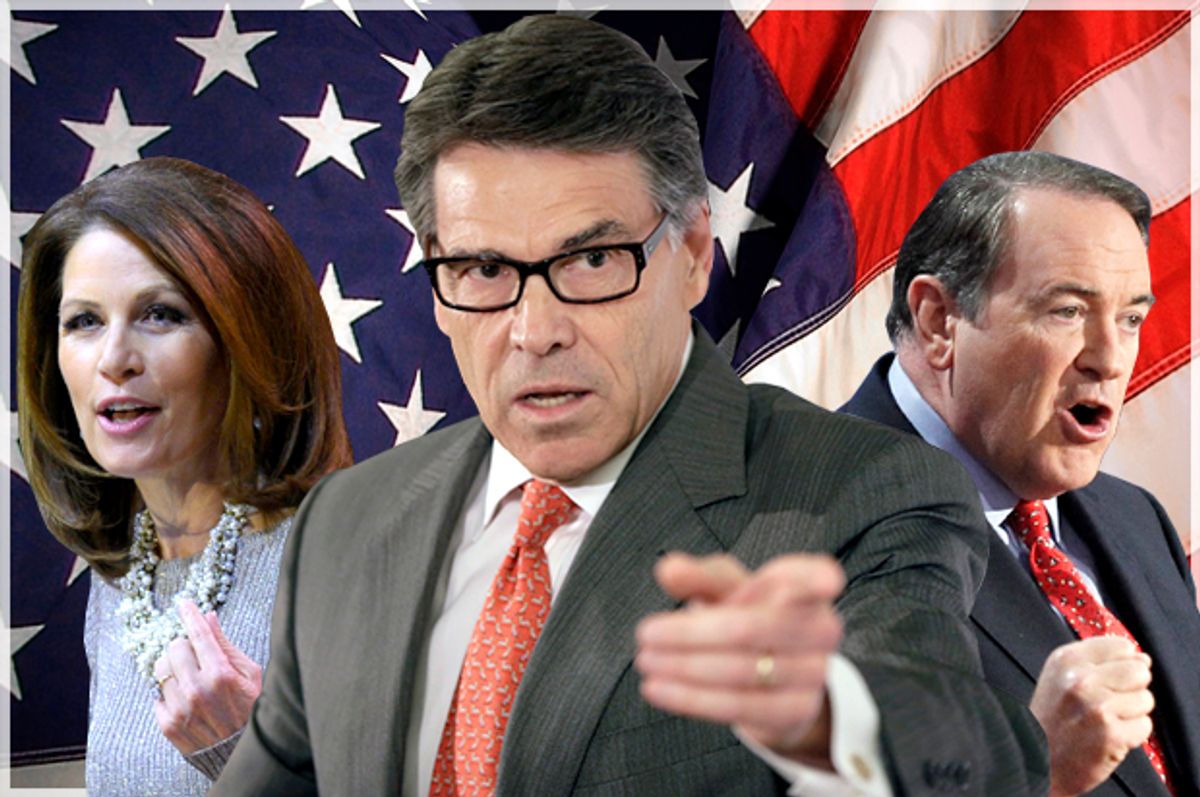 Last week, a federal court struck down the two provisions of Texas' sweeping antiabortion law that would have shuttered all but eight clinics in the state. It was happy news to take into the long weekend, but it was an admittedly narrow victory. As soon as the decision came down, Texas appealed it to the conservative 5th Circuit Court of Appeals, which has a mixed record on the Texas law and similar restrictions in other states. (Remember when driving fast was offered up as a solution to hundreds of miles between Texans and their nearest clinic? That was the 5th Circuit. Remember when Mississippi was blocked from outsourcing its constitutional obligations by closing its last clinic? That was the 5th Circuit, too.) There were more than 40 clinics in Texas in 2013, but that number has dropped to 19 in the wake of the omnibus law. Things remain dire, even while this decision holds.

But something significant, even if small, is shifting. Doctors, major medical associations and reproductive rights advocates have long been clear about the safety of abortion and the underlying motives behind each new restriction, and now the the right's thin (like, super-paper-thin) cloak of respectability is slipping as its claims about patient safety and medical standards are dispatched in courts and even inside the antiabortion movement.

In his decision on the Texas law, U.S. District Court Judge Lee Yeakel didn't just declare the admitting privileges and ambulatory surgical standard requirements unconstitutional, he methodically called out the state's double speak about protecting patient health and safety. In its defense of the law, Texas claimed that the regulations were about protecting patients while also claiming that sending patients to other states without similar regulations on the books -- regulations that were apparently essential for patient safety -- somehow resolved the problem of access.

"If the State’s true purpose in enacting the ambulatory-surgical-center requirement is to protect the health and safety of Texas women who seek abortions, it is disingenuous and incompatible with that goal to argue that Texas women can seek abortion care in a state with lesser regulations," Yeakel wrote in his decision. "If, however, the State’s underlying purpose in enacting the requirement was to reduce or eliminate abortion in parts or all of Texas, the State’s position is perfectly congruent with such a goal."

But perhaps more surprising than a Bush appointee becoming a de facto champion of abortion rights is a recent admission from the president of a national antiabortion organization that the Texas law doesn't make abortion -- which is already incredibly safe -- any safer. In an interview with ABC's "This Week," National Right to Life president Carol Tobias was asked if the Texas law was about restricting access to abortion or safety. “It’s about both. We want to protect unborn children from death. But we also want to protect the women who are going to be harmed by abortion," she said. "It might not be an immediate physical reaction. There are long-term physical consequences. There are long-term mental and emotional consequences to abortion. This is about protecting women and children.”

Tobias' admission, though dodgy, echoes a more direct point made by her colleague, National Right to Life director Mary Spaulding Balch. At a conference earlier this summer, Spaulding Balch told the crowd of anti-choice activists:

If we were to argue, for instance, that abortion should be banned at, say, 20 weeks because late abortions are dangerous to the mother’s health, let’s look at the fact of abortion. You know that a mother’s risk of death by abortion after a particular time -- in this instance let’s say 20 weeks pregnant -- the risk to the mother’s life rises to .09 [for] every 1,000 abortions. But let’s compare the other risks of a woman’s health. We know, for instance, that if she was to get liposuction that there’s .19 deaths for every 1,000 procedures. If you look for facelifts, it’s .2 per 1,000 procedures. For C-sections, 1.98 per 1,000, versus vaginal deliveries, which are .63 per 1,000.

“Who would ever say that we should ban liposuction because of the risk to the women?” Balch asked. “Who’s going to win that debate?"

But this is nonetheless how politicians like Rick Perry and other anti-choice Republicans have tried to argue their case. But with the facade of safety slipping away as a justification, it could be harder to push for more restrictions to an American public that is increasingly skeptical of government interference in abortion care.

According to a recent national poll, around 70 percent of Americans want the government to stop attempting to restrict abortion. The reasons why are nuanced. Nearly 25 percent of respondents identified as strongly pro-choice, but 45 percent said they personally opposed abortion but still didn't want the government making that decision for anyone.  And according to the self-reported political leanings of the respondents, most identified as either conservative or somewhat conservative.

With a weakened ability to claim a false medical high road, antiabortion politicians and activists may have to resort to the kind of messaging that could alienate most Americans. "We want to shut down clinics" is wildly less palatable than claiming you want to make sure the procedure is safe. The recent spate of positive court decisions are narrow and face a number of challenges moving forward, but they may signal a new way of talking about abortion. One that doesn't lend false credibility to discredited experts, one that doesn't let antiabortion groups intent on stripping people of their constitutional rights hide behind the language of "safety."

It's impossible to say what this means in the long term. And it's a sad, low bar for progress when we're left celebrating 19 clinics in the second most populous state in the country or one clinic to serve the people of Mississippi or five clinics to serve the people of Louisiana. But how we talk about abortion matters. The perception of credibility matters. The right never had it from the start, but was getting pretty good at pretending that it had science and patient health on its side. That moment may be escaping them. They will, perhaps, have to start showing their stripes. And it's a look that may not suit them well.