"From the beginning, I was in it for real": Ice cream legend's plan to radically up-end America

Ben Cohen is best known for Ben & Jerry's ice cream. But his new project to transform politics may change all that 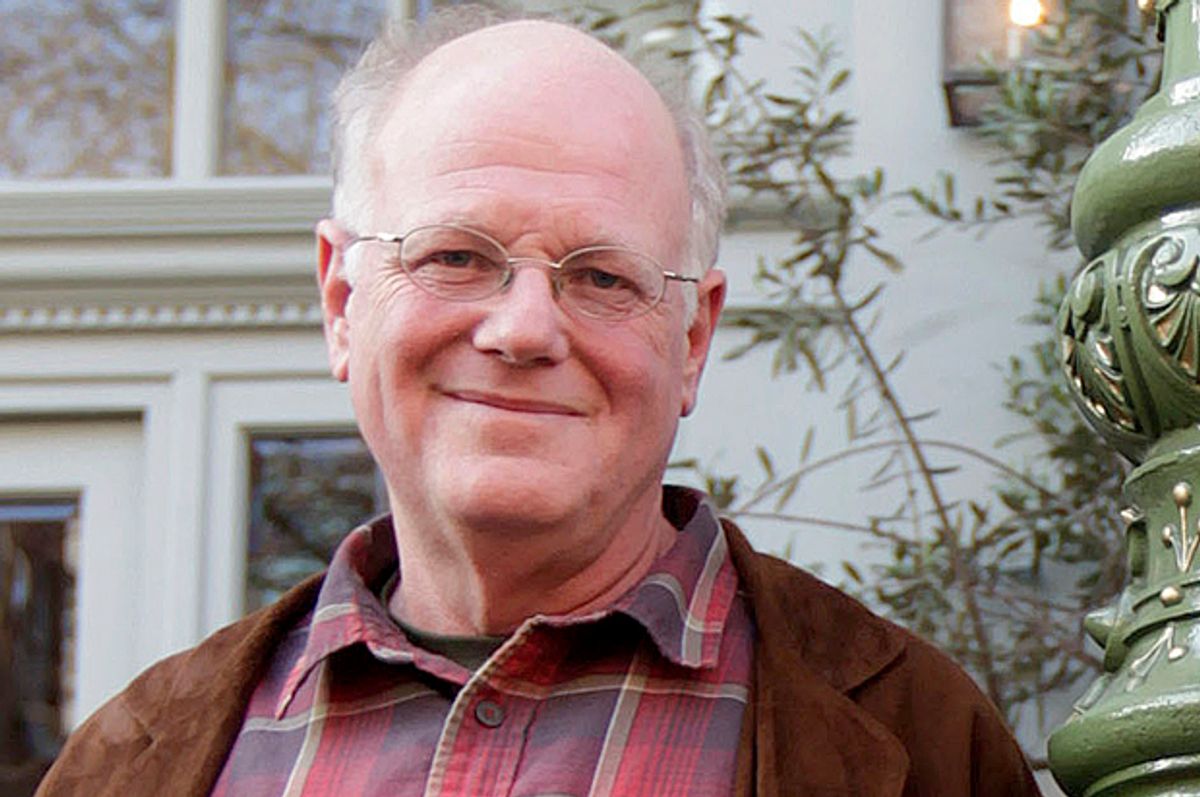 Unless you are an exceptionally odd person, when you think of Ben & Jerry’s ice cream, the first thing that comes to your mind is not innovative new approaches to promoting reforms to the laws governing U.S. campaign finance. Chubby Hubby, AmeriCone Dream and Phish Food? Sure. Buckley v. Valeo, McCain-Feingold and Citizens United? Not so much.

But while it’s unlikely that the struggle to fully reform American campaign finance law will be “won” in any of our lifetimes, if the reform movement kicked off by Citizens United ultimately gets results, future scholars may view Ben Cohen’s work in politics as more important to American history than his co-creation of the company that brought us all Cherry Garcia.

Hoping to catch up with him on the status of his campaign to overturn the Citizens United decision through amending the Constitution — which he and his supporters call “The Stampede” — Salon spoke with Cohen recently via phone. Our conversation is below, and has been edited for clarity and length.

For those who don't know already, could you tell us a bit about what "The Stampede" is and what you're trying to achieve?

The Stampede is essentially a petition on steroids. We call it monetary Jiu-Jitsu. We're using money to get money out of politics, and essentially we're turning money into media.

The beauty of it is that, usually, if people want to make their voice heard in the political process, the most they can do is sign a petition that hopefully gets seen at some point by the petition's target. In this situation, if  you stamp a piece of money with your statement, 900 people see each bill that you stamp, as it gets put in circulation and passed from hand-to-hand. The numbers are kind of amazing: If one person stamps three bills a day for a year, that message gets seen by about a million people. It's actually very powerful.

As long as the Supreme Court rules money is speech, corporations and the wealthy are using it by giving piles of it to politicians to pass or not pass laws that they want. Now, the rest of the people, [those] who don't have that money, can actually make their voice heard by using money to stamp a message out.

You launched the campaign about two years ago. How do you think it's gone thus far?

Up. Sales this year are twice what they were last year, so the trajectory is good. We have a Facebook page and there's been a whole lot more action on it.

In general, the movement to pass an amendment as well as state and national legislation to get money out of politics is gathering a tremendous amount of momentum, and it's kind of amazing that already people in the Senate [are debating an amendment]. I understand [the Udall amendment is] not going to pass this time around but just finally having a vote in the Senate is quite ahead of where we expected we'd be.

When you first came up with the idea to do this, was it more of a joke, or was this something you were all in on from the beginning?

From the beginning, I was in it for real. I saw it essentially as a guerrilla communications medium.

I started thinking about it during the days of Occupy. In the beginning of the Occupy movement, at the height of it, when they were focused on the issue of economic disparity, there was a tremendous amount of public support all over the country. The problem was that a minuscule percentage of people, whatever number actually [was], decided to go live in a park somewhere or join a demonstration or whatever; but I felt like it was really important for [other] people to express their support.

I needed something that anybody could do anywhere, any time; and stamping money is something anybody can do either together with friends, or on their own, or in public or in private. In the confection industry, we talk about M&Ms as something that's "self-portioning." You can have as much and as little as you want, whenever you want. You share it with others or you have it yourself. It's that same kind of mentality.

Were you concerned about the role of money in politics before Occupy or did it (and, obviously, the Citizens United ruling) spark your interest?

I was concerned about the issue of money in politics way before Citizens United. I had never really worked on [Citizens United] because I felt like the problem was that it was a Supreme Court decision and the only way to overturn the Supreme Court decision is through a constitutional amendment — and that was never going to happen. Then the Occupy movement sprang up overnight and spread throughout the country, and that gave me the belief that today, in the Internet age ... it is possible to generate this tremendous broad-based, grass-roots support and this movement.

Have you gotten much of a response from experts in the field, be they activists or academics? Is the feedback mostly encouragement, or have you experienced some forms of turf-protecting and people being critical of your approach?

The nice thing about The Stampede is that we're essentially supporting anybody who wants to get money out of politics. We're not trying to be a membership organization; we are a tactic.

We have two jobs [in] The Stampede: one is to get more people to buy stamps, and the other is to motivate people who have stamps to keep on stamping. The word we use is "TKITKOS" — the key is to keep on stamping. So we have partnerships with People for the American Way ,with Public Citizen, with Root Strikers, with Represent.us, with the New Hampshire Rebellion, etc. I'd say the huge majority of the major organizations that are working on this have promoted stamps to their members.

We never ask for donations. We never solicit or list for donations. I think it helps ease the fear of competition and it's gone real well. Our goal is to build the movement. We want people who get involved with us to work with any of the other organizations that are doing more than just stamping money. Other organizations will be working to pass resolutions in favor of this amendment, either on the local level or the state level; and other organizations will be working to pass legislation on the state level and on the federal level.

How far are you willing to go when it comes to that pragmatic approach? The goal is a constitutional amendment, but would you settle for more campaign finance disclosure; or is your approach more amendment-at-all-costs?

I don't think [disclosure] a very significant effect on the situation. So, no, I would not feel satisfied with disclosure. I believe very strongly that in order to fix what the huge majority of people in the country would tell you is a broken system, we need to get money out of politics.

What are your thoughts about the activism being done right now by the Mayday PAC, Harvard professor Lawrence Lessig's pro-reform group that's trying to get people organized around electing pro-reform candidates and moving Congress toward reform on this issue?

What Lessig is doing is the super PAC to end all super PACs ... Essentially, he's saying that there's a bunch of obstructionists in Congress on this issue, and the only way we're going to pass the legislation we need or get the amendment we need is to get those obstructionists out of the House [of Representative] ... The other side of the coin is that there are some people that can be leaders in Congress on this issue, if we can get them elected.

I think Larry's strategy is kind of a classic political strategy that's worked a lot of times: send a message that if you're on the right side of this issue, you get elected and stay in Congress; and if you're on the wrong side, you don't.

This issue can split Republicans, but it can also divide Democrats, too. In your experience, have you seen any differences between how the two parties respond to your activism and support for campaign finance reform?

But when you get to the leaders of the parties, the people sitting in Congress, you've got most of the Democrats saying, “Yeah, let's get money out of politics” and you've got just about all of the Republicans — except for about one or two — saying, “We can't do that because money is free speech.”

Do you have a medium-term or long-term plan for the future at this point, or is the goal to keep on keeping on for the time being?

The idea is to get more and more states to test resolutions in favor of getting money out of politics, in favor of an amendment. There's two routes to an amendment: One starts in Congress, and the other starts at the state level with a constitutional convention. I think there're now two states that have called for a constitutional convention and 16 that have called for Congress to pass this amendment; the plan is to, each year, develop more and more states that take that stance.