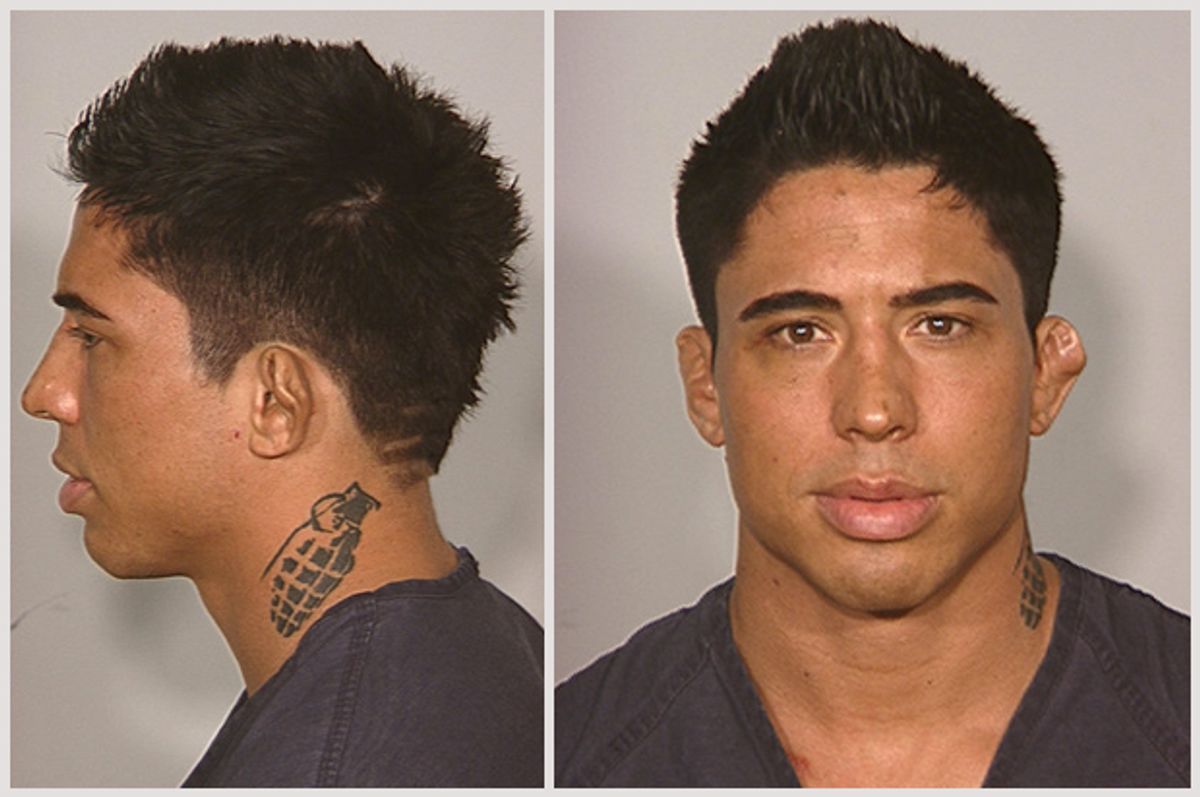 After savagely beating, sexually assaulting and nearly killing his ex-girlfriend, adult actress Christy Mack, in her home last month, mixed martial arts fighter Jon "War Machine" Koppenhaver appeared in a Las Vegas courtroom on Wednesday to face 32 criminal charges, including attempted murder. Koppenhaver allegedly broke into Mack's home while she was with a male companion, identified by a police report as Corey Thomas, attacking both parties and allowing only Thomas to flee. The actress was able to escape only when Koppenhaver became distracted looking for a knife, presumably with which to kill her.

Koppenhaver fled to Los Angeles following the attack, but was extradited to Nevada after being apprehended by police, according to Reuters:

The Ultimate Fighting Championship contender, who was born Jonathan Koppenhaver but claims to have legally changed his name to War Machine, was ordered to remain held without bond until his next court date, which was set for Oct. 17.

He did not enter a plea during the brief proceeding in Clark County Justice Court, according to Tess Driver, a spokeswoman for the district attorney’s office. ...

Koppenhaver’s criminal charges include kidnapping, sexual assault, two counts of attempted murder and numerous counts of battery. Driver said some of the offenses carry a maximum sentence of life in prison.

Mack, who sustained 18 broken facial bones during the attack, tweeted a photo of her virtually unrecognizable face following the incident, as well as a statement in which she claimed that Koppenhaver had beaten her "many times before, but never this badly." It seems that, finally, he might be justly punished.