"People should be free to take pictures of themselves doing whatever intimate thing they want," he said. 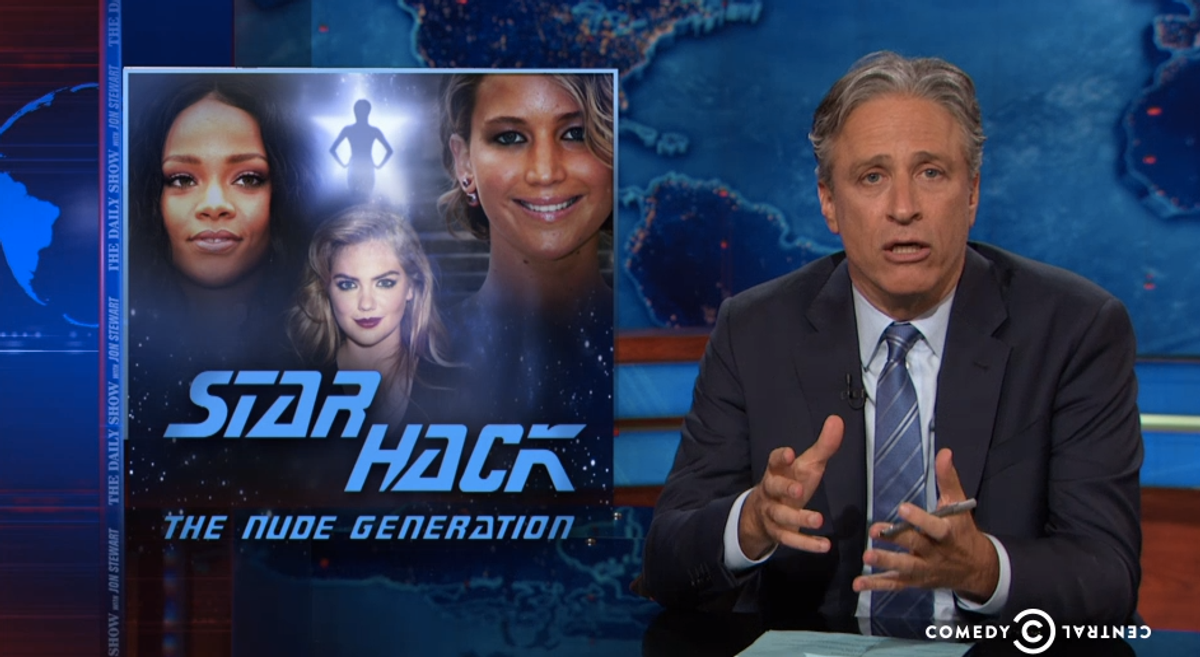 "People should be free to take pictures of themselves doing whatever intimate thing they want for their own private enjoyment with the reasonable expectation that the Internet will not make their nipples the next Dramatic Chipmunk."

That's "Daily Show" host Jon Stewart's opinion on the celeb photo hack, defending the celebs against Fox News commentators who that the onus on the individuals, as opposed to the manufacturers of supposedly secure software or, you know, criminals.

Stewart mocked that victim-blaming logic, saying, "I get it! These women were asking for it. It's just like the Boston strangler's victims: You don't want to get strangled, you shouldn't have had a neck!"