Nicolle Wallace and Rosie Perez to join "The View"

Wallace, a former McCain campaign figure, is in particular the worst thing the show could have asked for 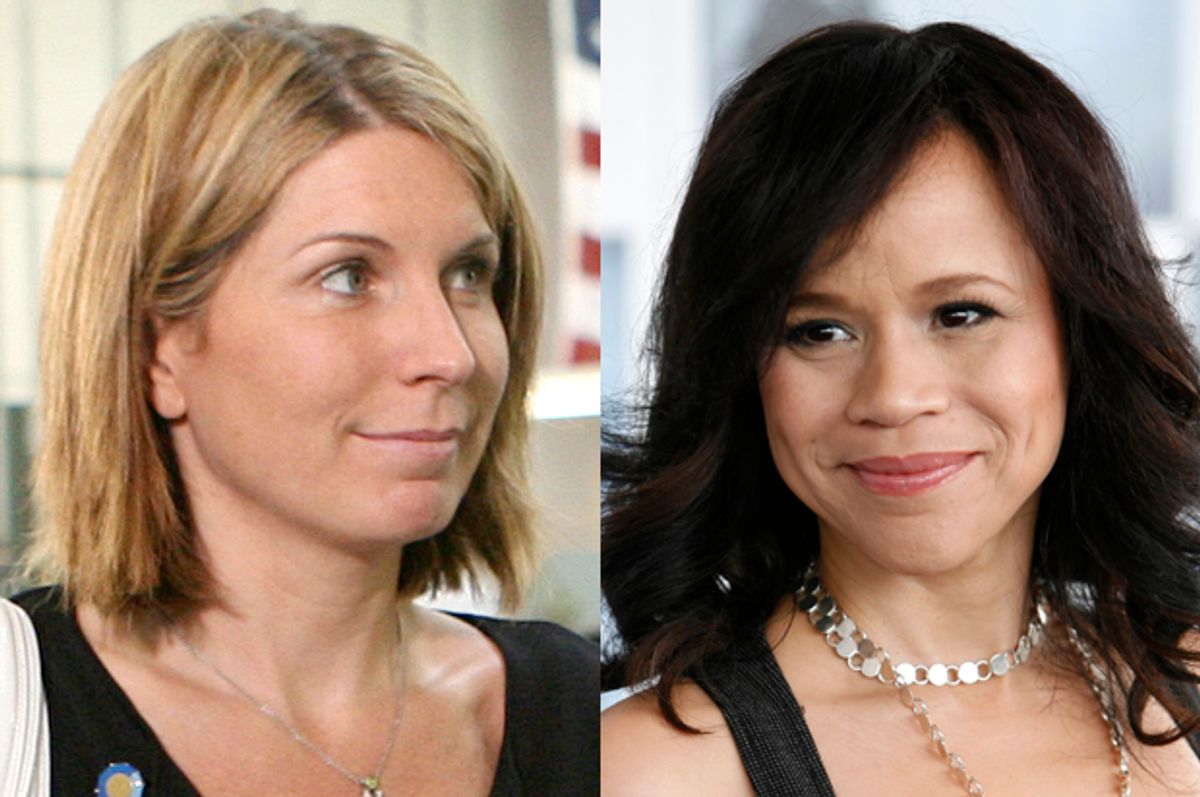 This ends a period of speculation -- as well as apparent auditions, particularly for the role of the talk show's resident conservative. In recent months, "Crossfire" host S. E. Cupp as well as daughters of Republican politicians Meghan McCain and Abby Huntsman had appeared as guest co-hosts in the absence of a full-time right-winger.

Elisabeth Hasselbeck departed "The View" for Fox News last year, while the roughly centrist Sherri Shepherd lost her job along with co-host Jenny McCarthy this year. Post-Hasselbeck, the show settled into a year of annoyingly substanceless chat; the show had, at its best, been a clearinghouse for political opinions of all sorts, but was for a year just kind of about nothing. One halfway hoped McCarthy would air an offensive opinion about her beliefs about vaccines, just so that something would happen.

Wallace will at least provide contrast to the show's returning star, Rosie O'Donnell, who quit after an on-air argument about Iraq with Hasselbeck in 2007 turned personal. But although only time will tell, Wallace seems unlikely to provide real fireworks; she's best known for her role in the events depicted in the book and movie "Game Change" as an aide who doubted Sarah Palin.

What "The View" needs -- and what it's unlikely O'Donnell would be interested in experiencing again -- is full-throated debate between equally entrenched worldviews and equally potent stars. O'Donnell is both a once-in-a-generation talk show star and quite liberal. It's hard to imagine Wallace providing much opposition based on her TV appearances, in which she discusses her and other Republicans' support for gay marriage and criticizes Liz Cheney's Senate campaign and Sarah Palin's intellect, all in flat tones. It's probably healthy for the Republican Party that one of its most prominent faces on network TV, now, will be someone with a fairly reasoned, centrist take, but that would seem to be toxic for a show that has thrived, and has generated genuine policy discussion, on the basis of blunt-force opinions colliding. Going into the midterm elections, "The View" deserves a host who represents the nihilism and vitriol of the contemporary Republican Party, not someone who's spent the years since 2008 staking out ground as a pragmatist. ABC should have raided Fox News' bench. Was Gretchen Carlson busy?

Rosie Perez (like O'Donnell, a native New Yorker and professional comic actress named Rosie) will surely be fine in her role -- she's been good on talk shows in the past, recently performing the close-to-impossible task of being very likable on NPR's "Wait Wait Don't Tell Me." But she's an apolitical figure like McCarthy was, and it's not her that observers will be watching for sparks and feuds. Wallace could well give "The View" a jolt of energy -- it's too early to tell, of course. But O'Donnell's success during her memorable, ratings-boosting year on the show wasn't based on a magic only she possesses. It was based on her ability and eagerness to debate someone with whom she shared only the love of fighting. Hopefully Wallace is spending the last of summer studying talking points and getting uncharacteristically angry.