Two novelists hit the Midwest wanting realness, but are they looking for America or just building their brands? 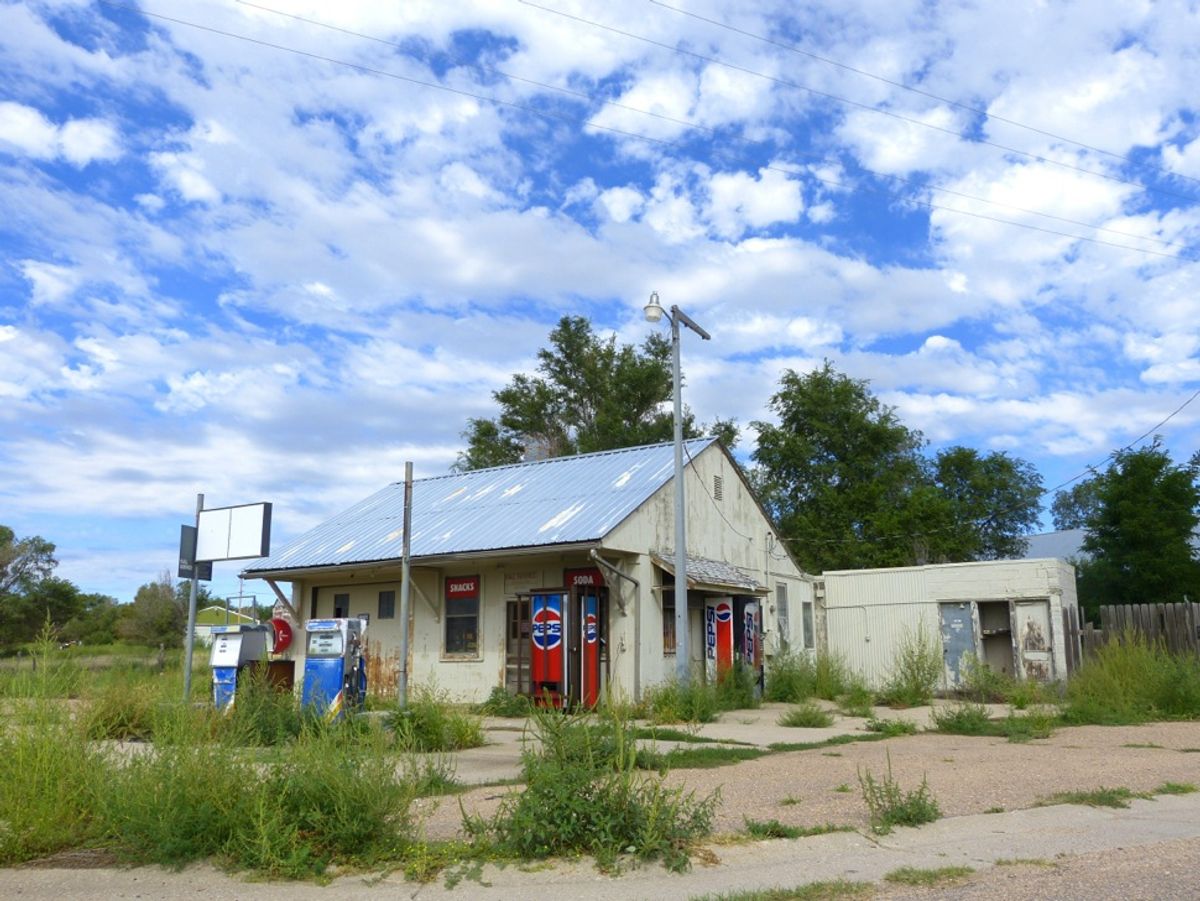 Every night, at every reading, somebody says, “So, why, exactly, are you doing this together?” We’re always tempted to say that it’s just because we’re buds, because we’ve never driven together through Nebraska (much as we love the Springsteen album), because we met 13 years ago when both of us were lost in New York and over milkshakes at Tom’s Diner discovered how much we shared — we’d come up as writers making short films, written screenplays, painted and drawn all of our lives; the day we met we were even wearing the same T-shirt — and since then we’ve only grown more close. But we’re not just driving across the country. We’re on a book tour. And we know somebody in the audience would probably pipe up.  “That might be true,” they’d cut us off, “but your books are pretty different.”

Maybe it’s just all our reading together, but we’re starting to think they’re actually a lot alike. Sure, Josh’s book may be thick with lyric prose, sprung from fables and set in an alternate Russia where the sky’s full of space mirrors that have rid the land of night, and, yeah, Mike’s prose may be laconic and brutal as the Midwestern men who populate his story set in Obama’s America. But they’re both centered on the complexities of male relationships (in Mike’s, a guy falls under the spell of the wrong father figure; in Josh’s, two brothers struggle to keep their bond from crumbling); both are driven by a charismatic character who uses his power to seduce the protagonist; and, most important, both novels' core concerns turn out to be surprisingly close: disillusionment with American capitalism and its exportation to the rest of the world, the ways that economic disparity and lack of opportunity led to a loss of purpose and identity, the increasing pressure on the working class.

In 1928 the economist John Maynard Keynes predicted that in a hundred years (not long from where we are now) increases in productivity would leave the average American needing to work just 15 hours a week; the most pressing question would be how Americans would best use their leisure time.  But, by the 1990s, when Russia was struggling to adopt the capitalism Keynes was talking about, the American worker — despite being more than twice as productive (making twice as much stuff per hour) as in Keynes’ time — was averaging a full month more of work-hours every year. Writing "The Great Glass Sea," Josh wrestled with the way a system that requires ceaseless growth relies on the perpetual dissatisfaction of the people it's supposed to serve.  In Russia he saw firsthand severe economic disparity, peasants living without plumbing alongside the vacation mansions of millionaires, and, hearing over and over how capitalism had made lives harder, the things people missed about the Soviet days, his novel began to take on a new shape.

When the U.S. economy collapsed in 2008, Mike was forced to change careers. Though this shift brought a lower-paying job, he was lucky: New York City still offered opportunity. Not much opportunity existed for his friends and family in rural America. When a lot of the country started talking recovery, Mike saw more than one out-of-work friend slip into depression, despair, anger. It’s well established that lack of economic opportunity can lead to radicalization, especially in young men. In his writing Mike has always explored male identity, typically attached to work or physical strength; when full-time employment kept him from writing, it felt like his own identity — being a writer — was under attack. In America we like to talk about freedom. But freedom without opportunity doesn’t mean much.

We started this journey wondering what we’d learn about the current state of America. But the truth is, when you’re working on the road, with the pressure of reaching the next gig, you don’t have time to see much beyond the highways. We glimpsed a few hints at the country’s economic landscape — a waitress in her late 70s still working in an Iowa diner; the Mexican staff of a small-town Nebraska restaurant walking home late at night; cops on every corner of an African-American neighborhood in Chicago — but we also realized that we’re not in a position to make pronouncements.  We’re writers; we ask questions more than answer them. And in fact we’re complicit in a lot of what concerns us. We’d like to say we’re just two buds on a road trip, but let’s be honest: This is a trip designed to promote our novels, to connect us with an audience. We’re salesmen shilling our own product and “building our brands” instead of driving all the small roads through all the small towns, talking to other people instead of our publicists. If advertising is all about making people feel bad about themselves until they buy the next thing, we’re saying, “Hey, why not make that next thing our books?”

But halfway through Nebraska we said, “The hell with this” and cut off the interstate to an impossibly flat, absurdly straight two-lane strip of cement that stretched long miles between blown-away towns. We were happy to discover that the America we’d hoped to find — the country Tom Waits sings about with a nostalgia that speaks to us — is still out there; it’s just harder to find. Off the interstate, America is a beautiful, complicated, interesting, vast country. People were kind to us. Our waitress chatted about how she’d tattooed her own name on her arm so people would stop confusing her with her sister. We picnicked among corn fields, hung out in the town of Funk, stopped outside a cattle feed lot so massive it stretched to the horizon. We stood outside “dirty John’s,” the Iowa City liquor store where Cheever and Carver bought their booze first thing in the morning, saw signs for a “Fete on Dick Road” near the Great Lakes, drove through a place called Massacre Creek, passed a whole lot of “Lion’s Den” roadside smut barns, one “Paradise Ammo Shack,” and stayed at a classic motel, whose red neon sign — “MOTEL” — recalled a certain psycho. Phyllis, the sweet proprietor, joked in a tone so quiet we had to lean in. For scores of miles, hours on end, we rolled our windows down and let the car fill with the sweet smell of damp hay. Or maybe it was just pesticide.