Why the GOP is so obsessed with voter fraud 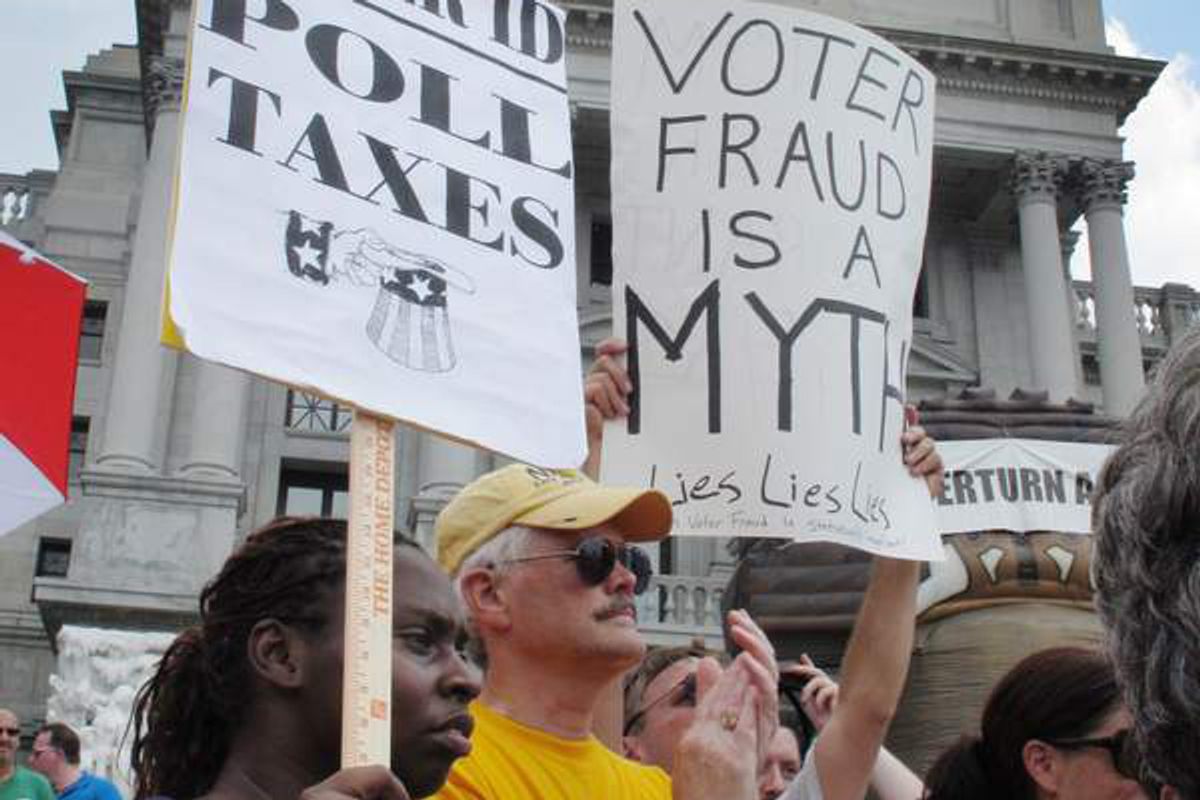 It is rare for a politician to publicly deride efforts to boost voter turnout. It is seen as a taboo in a country that prides itself on its democratic ideals. Yet, New Jersey Gov. Chris Christie last week slammed efforts to simplify voter registration.

Christie, who chairs the Republican Governors Association, denounced the effort to boost voter turnout as an underhanded Democratic tactic, despite the Illinois State Board of Elections being composed equally of Democrats and Republicans. Referring to the same-day voter initiative, Christie said Quinn "will try every trick in the book," according to the Chicago Sun-Times. Christie said the program is designed to be a major "obstacle" for the GOP's gubernatorial candidates.

The trouble with such rhetoric - beyond its anti-democratic themes -- is its absurd assertions about partisan motives. After all, many of the 11 states with same-day registration laws currently have Republican governors.

Unlike Christie, most Republicans who have fought voter turnout efforts like same-day registration have argued that same-day registration would increase voter fraud. This has allowed the GOP to position itself as battling crime -- not as trying to block legal voters. But the GOP has been unable to substantiate that voter-fraud claim, and there is overwhelming evidence to the contrary.

Those findings confirm a recent analysis of primary, general, special and municipal elections by Loyola University professor Justin Levitt. He found that since 2000, more than a billion ballots have been cast in the United States and there have been just 31 credible incidents of voter fraud.

In light of that data, Republican efforts to prevent same-day registration and preclude voting betray a fear that has nothing to do with voter fraud and everything to do with political power. Essentially, the GOP fears that when more Americans exercise their basic democratic rights, Republicans may have less chance of winning elections.