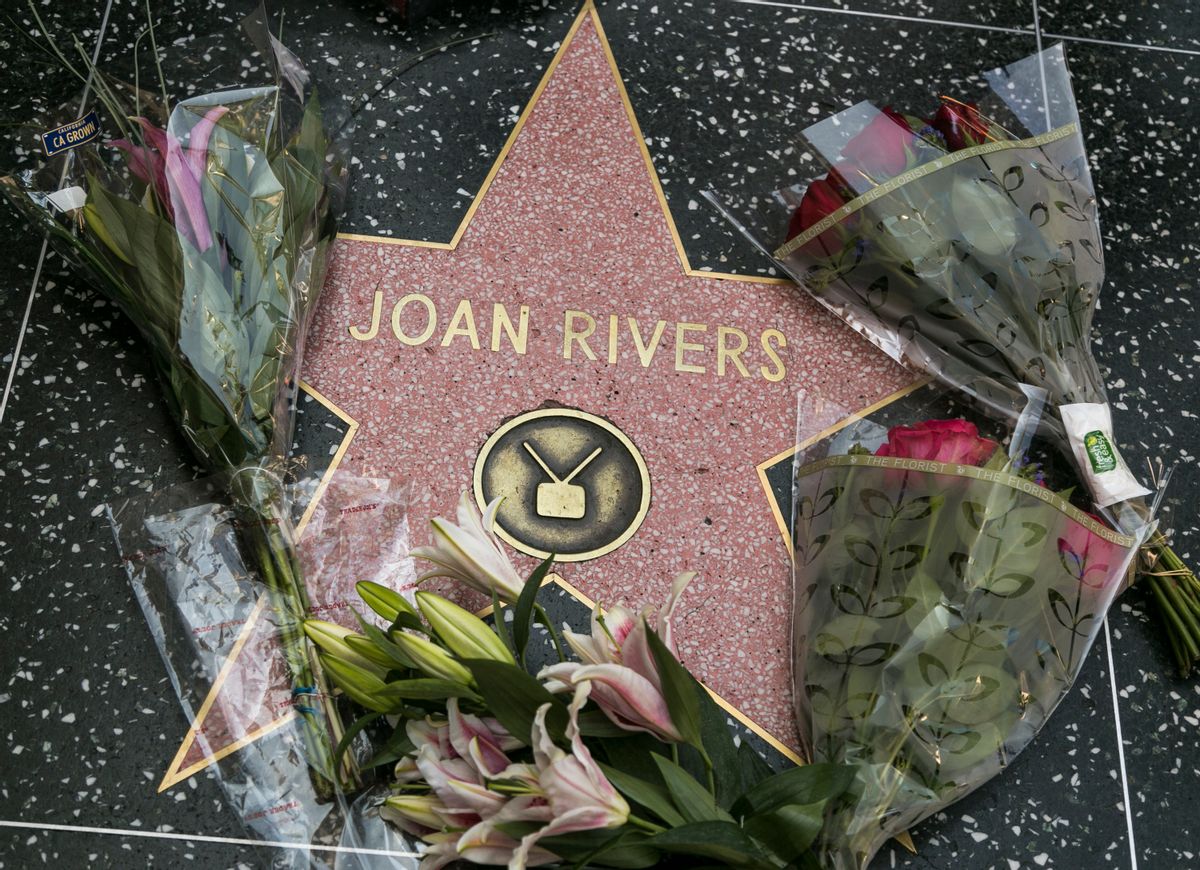 Jurors decide that Bob and Maureen McDonnell performed favors for a wealthy businessman in exchange for more than $165,000 in gifts and loans.

2. US LAUNCHES PROBE OF POLICE IN FERGUSON, MISSOURI

The local department — under scrutiny since the shooting of an unarmed black 18-year-old by a white officer — says it welcomes the investigation.

Fashion and acting were Rivers' early dreams — but it was humor that paid the bills and ultimately made her a star.

Thirty-two states beseech the American high court to settle the issue once and for all.

5. WHERE US MISSIONARY WILL BE TREATED FOR EBOLA

Dr. Rick Sacra had been receiving care in Liberia. But the Nebraska Medical Center in Omaha is home to a special isolation unit that's believed to be the largest in the U.S.

Prosecutors suggest that they intend to prove Justin Ross Harris intentionally left his 22-month-old son to die in the vehicle.

7. HOW NEVADA IS WOOING TESLA

Tax breaks and other incentives to bring the electric car maker's battery factory to the state would total up to $1.3 billion over 20 years.

A judge rules that the London-based oil giant acted with "gross negligence" in the 2010 Gulf of Mexico disaster.

9. WHOSE REPUTATION IS TAKING A HIT

In a new book, French President Hollande's former first lady describes him as a mean liar who despises the poor.

It's been a decade since any team has won back-to-back Super Bowls.