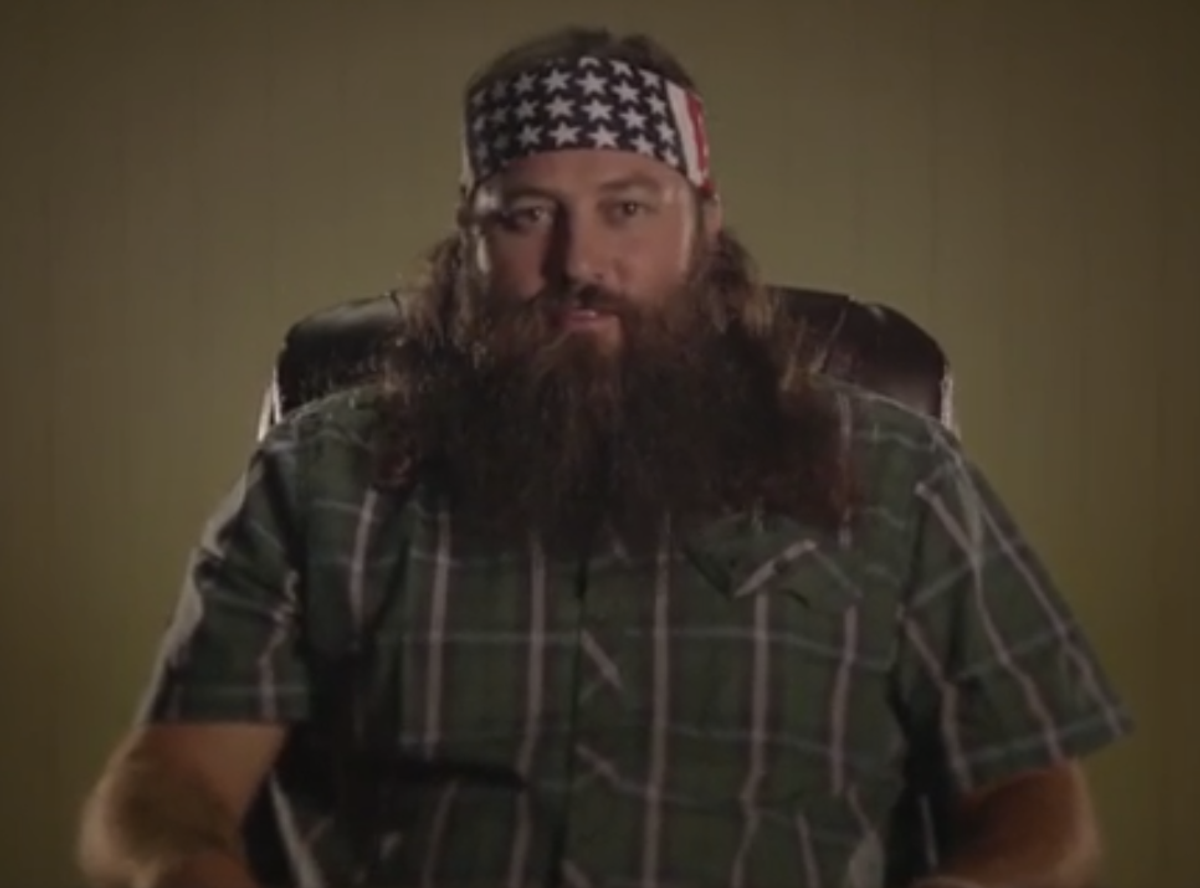 Robertson stars in a promotional video urging Christians to take their non-believing friends and family to see the flick, which is based on a popular end times book-series.

“Like most Christians, my family and I can truly say that we’re excited about the soon return of Jesus," Robertson says in the video. "And I’m sure, if you’ve been watching the news lately, you know that that return could be any day from now."

"But what about those who may not even know about it?" Robertson worries. "People who don't even know what's at stake?"

Take then to see this film, and naturally they'll convert and be a-OK.

It's a warning to those, if it happened today, they'd be left behind," Robertson explains of the action-packed film. "And I believe people are going to make that life-changing decision to follow Christ on the way home from the theater on Oct. 3."

“Let’s all make sure we bring some friends and family to see this movie – people who need to see to believe. Opening the door to unbelievers has never been this fun!"