"A lot of cities like to use violence as a last resort ... we've found it's pretty fun to use it as a first resort" 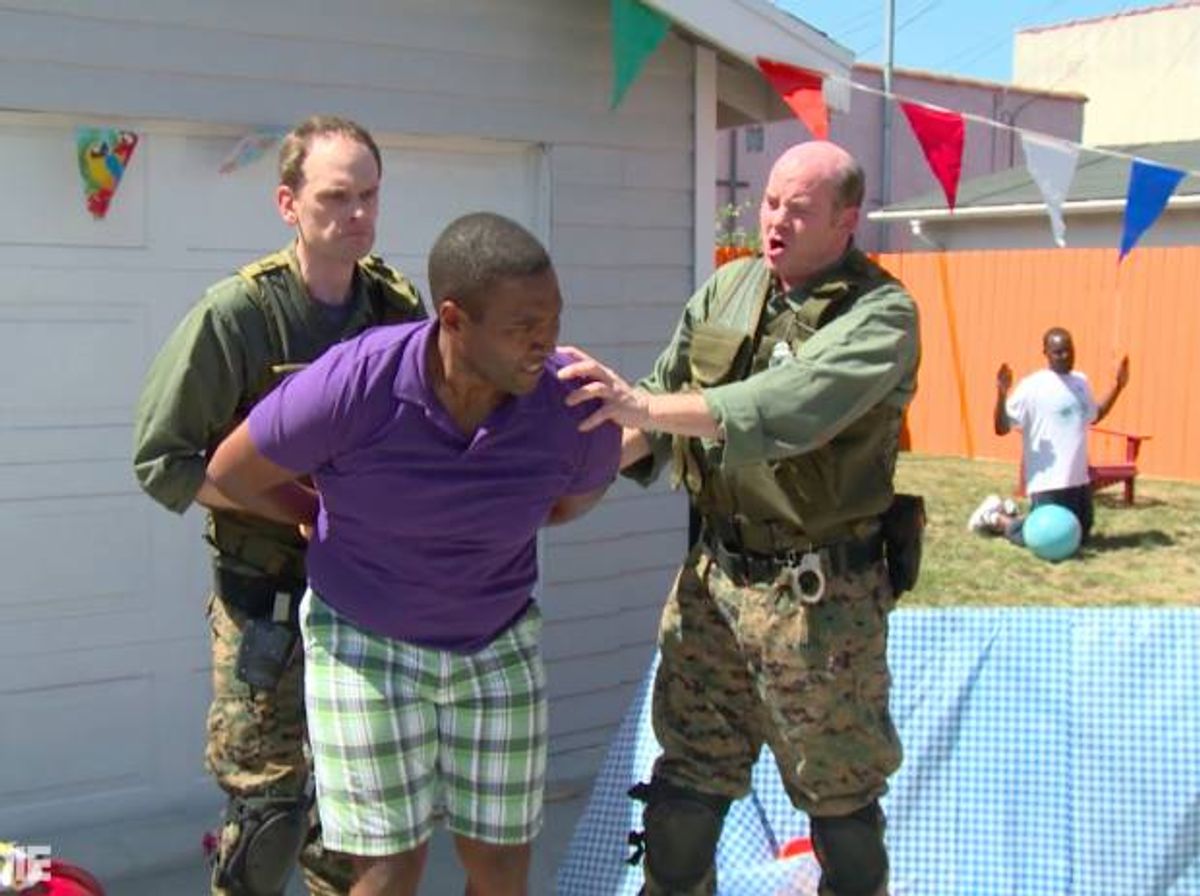 In a new video uncovered by Funny or Die, we get to observe firsthand the roots of the overmilitarized police forces in Ferguson, Missouri, following the death of unarmed teenager Michael Brown at the hands of a cop. The video is a previously unaired episode of "Cops: Ferguson" and features some very frantic, very zealous police officers.

"The people of Ferguson, they love the police force. It's because we respect them, we're professionals. Sometimes I think we respect them too much," an officer played by David Koechner says before he launches tear gas at a barbecue.

"A lot of cities like to use violence as a last resort," he continues, "but we've found it's pretty fun to just use it as a first resort. Sometimes I just point my gun at anyone walking around."

Watch the video and learn about your country's history.

COPS: Ferguson from Funny Or Die