At the National Clean Energy Summit in Las Vegas, Clinton did little else to clarify her potential energy policy 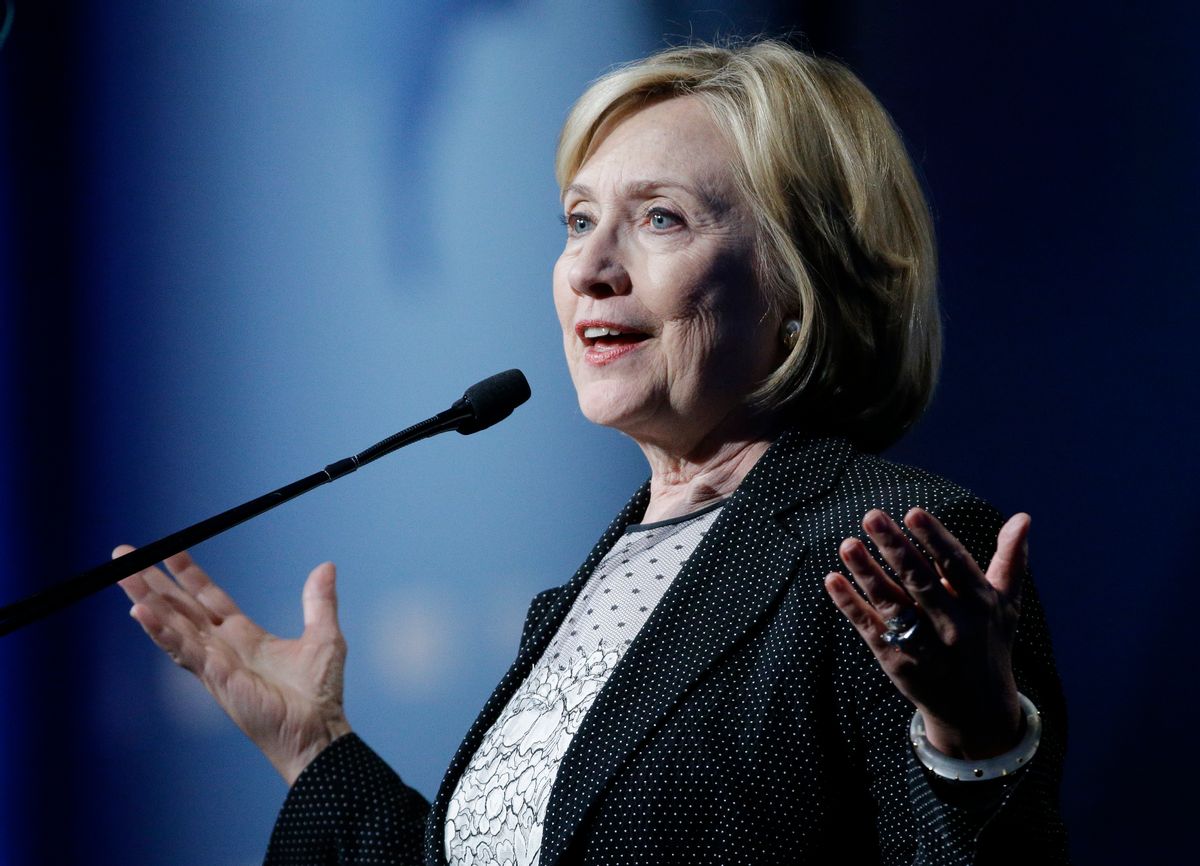 Hillary Clinton used strong words in her speech at the National Clean Energy Summit in Las Vegas on Thursday evening, but did little to illuminate what her energy policy platform might look like if she were to run for president.

"[These are] the most consequential, urgent, sweeping collection of challenges we face," Clinton said of climate change-related problems like extreme weather. "No matter what deniers say."

She continued to dismiss climate deniers in the question and answer portion of the evening when she spoke of green tech: "Aside from the deniers and the special interests and all the other folks who want to pretend we don't have a crisis is the fact that we are leaving money and jobs behind," she said. "For those on the other side, they have to answer to the reality that they are denying people jobs and middle-class incomes and upward mobility by their refusal to look to the future."

Clinton will have to take a hard-line stance on various policies sooner or later if she is going to pursue the Democratic nomination. MSNBC's Alex Seitz-Wald reports:

Clinton has several hard choices to make on what her energy policy will look like if she decides to run for president, but -- not surprisingly -- she left those decisions up in the air on Thursday.

With regards to natural gas, which has boomed in recent years, the former secretary of state said new fracking technologies can be part of the solution, even though they present their own problems. "We have to face head-on the legitimate, pressing environmental concerns," she said.

Indeed, Clinton does seem to support fracking as a "bridge to a clean energy economy," except in the most risky situations:

Now part of that bridge will certainly come from natural gas. There are challenges here to be sure, but the boom in domestic gas production is an example of American innovation changing the game, and if we do it right, it can be good for both the environment and our economy. With the right safeguards in place, gas is cleaner than coal. And expanding production iscreating tens of thousands of new jobs. And lower costs are helping give the United States a big competitive advantage in energy-intensive energies. …

But to capitalize on this boom, we have to face head-on the legitimate, pressing environmental concerns about some new extraction practices and their impacts on local water, soil, and air supplies. Methane leaks in the production and transportation of natural gas are particularly troubling. So it’s crucial that we put in place smart regulations and enforce them, including deciding not to drill when the risks are too high.

"Anybody who wants to be the Democratic nominee will have to strike a balance between the needs of the economy and concerns about the environmental impact of energy production," said Will Marshall, president of the Progressive Policy Institute, in an interview with MSNBC. "It's a fault line, so you've got to walk a line."